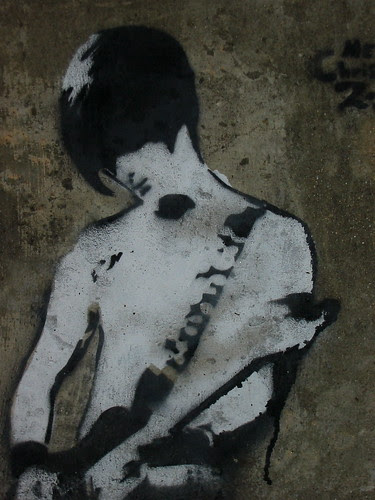 CLXIX
How talc-soapy
the rolling papers,
how blackly tar-
stuck the hashish!
‘Opes the palace
of eternity.’ Oops.
I love Emerson’s
pre-mechanical, mock-
querying voice dipping
into the basso
profundo hinterlands, black
bottom style: ‘In
the distemper known
to physicians as
chorea, the patient
turns round and
continues to spin
slowly on one
spot. Is egotism
a metaphysical variety
of this malady?’
Coy finitude in
lieu of quibble
activity, that’s one
way metaphorical vehicles
arrange a load
and strike off
a rhumb line
(or a rumba
line) oblique to
the meridianal base.
So one strikes
out into buggy,
unbreezed night, lank
weight’d pressure drop
indicating a storm,
the incumbent skittering
swifts at work
early, scissoring up
the lower parcels,
a German shepherd
named Desirée dawdling
home, finicky and
submissive. The high
gods love tragedy,
and horn arrangements
with mutes, three
black girls doing
a rubbishy scat
number, all sinews
and ropes unloos’d.
If time, that
jejune babe, be
product of insipid
relentlessness, that prat-
fall and constant
preening’s never going
to be enough:
do the work.

Admittedly lazy, though up and out early, the gris-de-France sky, the crows acting like roustabouts, lipping off to one another, the bicycle speeding through the wet streets. Off tomorrow to points east, Pennsylvania, and likely absent for a week or so. Oil-changed, new air filter, sack of books in the offing. “But do your work, and I shall know you.” Debating how echo-y to make that line. Reading last night F. O. Matthiessen’s American Renaissance: Art and Expression in the Age of Emerson and Whitman (1941), full of terrific detail in the casual sentence: “When Henry James, Jr., wrote about him half a dozen years after his death, he took it as a sign of Emerson’s ‘singular power’ that he was ‘a striking exception to the general rule that writing live in the last resort by their form.’” Marvelous: for making tangible the proximity of James to Emerson, for turning attention to Emersonian form (or lack thereof), and for capturing James’s own (who’d of thunk it?) (somewhat debatable) formal premise. Or to consider how removed one is a hundred and seventy or so years out of Emerson’s world (or de Tocqueville’s): “Writing of the America that was just about to produce Emerson’s work, the French critic began his chapter, ‘Of Individualism in Democratic Countries,’ by remarking, ‘Individualism is a novel expression, to which a novel idea has given birth.’” Footnoted by Matthiessen thus:

The first English translator of Democracy in America (1840), which was based on Tocqueville’s visit to this country in 1831-32, commented on this word: ‘I adopt the expression of the original, however strange it many seem to the English ear, partly because it illustrates . . . the introduction of general terms into democratic language . . . and partly because I know of no English word exactly equivalent.’ This is the first usage recorded by the Oxford English Dictionary.

(I note, now, one earlier usage recorded: Leman Thomas Rede’s 1827 The Road to the Stage announces, rather mysteriously in the a-contextual light: “I beg to disclaim, in these observations, any individualism; several talented persons may be found connected with such establishments.” Presumably regarding an acting troupe. Though, Rede mentions, too, how one—presumably highly individualist—actor contract’d in writing that he never be ask’d “to blacken his face or to descend a trap door.”)

(Somewhere in the brain-box, in some mouse-turd’d corner reserved for the mealiest-mouth’d scurrilities, is this: “The whole notion of the poet as a solitary practitioner—the splendid isolato—is so out of touch with reality as to be bizarre. Sure there are poets who eschew the companionship of their peers—but there is a reason for it. These are poets with issues.” La Silliman’s insinuating that individualism is something of an aberrance, even—load’d word, “issues”—a mental illness. Note, too, how he blatantly uses the death of one individual, Victoria Rathbun—“a fine young poet who hung with the Actualists in the late 1970s”—in a cynical attempt to bolster—“I don’t know why Victoria Rathbun didn’t publish more in other post-Actualist contexts,” he says, mock-innocently, though the answer (she somehow fail’d at “the phenomenon of groupness”) is at the ready—another argument for careerist groupuscular formation. The sign of how little hoot Silliman gives to poetry itself: there is no Rathbun poem provided, she’s a mere marker in a sociological argument, mere marker in a theory of “groupness.” Silliman himself’s clearly become a casualty of trademark Sillimanick rhetorical bludgeoning, too many hours logged marketing is what produces a line like: “the fate of poetry in a managerial society such as the United States.” Gone is any sense of how individual perception might battle the coveys (convoys) of mere opinion-mongers, or how poetry’s (and a poet’s) aim ought be, wholly, yea recklessly, to counter the speciousness of the Doxa, to defeat the managers by extravagance, rebuttal, daring, jest, and scorn. And exile. What Silliman proposes is precisely the opposite: managerial poetry for a managerial society.)

Emerson (on the managerial hordes): “the great always introduce us to facts; small men introduce us always to themselves.” Matthiessen draws, too, a fine parallel between Coleridge’s lines —

My opinion is this: that deep thinking is attainable only by a man of deep feeling, and all truth is a species of revelation . . . It is insolent to differ from the public opinion in opinion, if it be only opinion. It is sticking up little i by itself, i against the whole alphabet. But one word with meaning in it is worth the whole alphabet together. Such is a sound argument, an incon¬trovertible fact.

That, and Emerson’s sense of the mind’s fatal integrity, the distinction between unwill’d (unmanageable) “perception” and the repeatedly will’d “notion”:

Every man discriminates between the voluntary acts of his mind, and his involuntary perceptions, and knows that to his involuntary perceptions a perfect faith is due. He may err in the expression of them, but he knows that these things are so, like day and night, not to be disputed. My willful actions and acquisitions are but roving; the idlest reverie, the faintest native emotion, command my curiosity and respect. Thoughtless people contradict as readily the statement of perceptions as of opinions, or rather much more readily; for, they do not distinguish between perception and notion. They fancy that I choose to see this or that thing. But perception is not whimsical, but fatal.

The term “notion-peddling” comes up: the notions seller—one of a number of haberdashers of the trivial, band’d together in a guild (Du., G. geld, money, “to pay, to contribute”), an association for temporal mutuality and benefice. Marvelous: how the structure of the Silliman’s endlessly proposed “guilds” of notions sellers, those essentially trivial bands, mimick the alphabet, its heapness incontrovertible, inert without perception, or individual effort. I remain (and “i by itself” remains), “insolent to differ.” 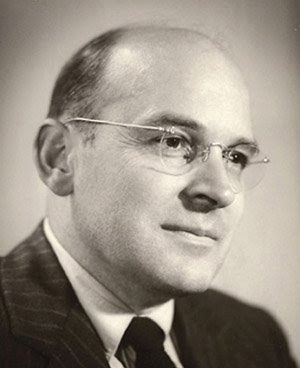