CLXI
Deo volente I
fly up, member
of the bee-

rescuer of men
me. If, distract’d,
some straggler of

“limb” out between
the blue ice-
ravish’d lips of

isn’t it? It’s
the twenty-first
century, and nobody’s

getting any any-
more, that’s just
how “things” go.

moronic Dionysiac or
a wolf churning
in a frenzy’d

circle, bit continuously
by dogs. I
fly out of

here tomorrow, me
and the oat-
fed commander, no

Took, the way any melancholic is, by a line “about” melancholy (though it hardly is) in Eliot Weinberger’s essay “Photography and Anthropology” (in Oranges & Peanuts for Sale): “Both preoccupied with time: Photography as an art, perhaps the only art, that always reaches us in the past tense, the record of a moment that will not return; an art that is inextricable from nostalgia, and one that has particularly appealed to melancholics.”

And, scanning the horizon for a sign, by the lines out of Weinberger’s “Louis-Auguste Blanqui as Copied Out by Walter Benjamin” (in An Elemental Thing): “At bottom, this eternity of the human being among the stars is a melancholy thing, and this sequestering of kindred worlds by the inexorable barrier of space is even more sad. So many identical populations pass away without suspecting one another’s existence!”

Out of Weinberger’s “The Vortex” (An Elemental Thing): “The first description of a waterspout in English appears in 1697, in William Dampier’s A New Voyage Around the World. Dampier, a poor farmer with insatiable curiosity, decided early on that the way to see the world was to become a pirate. He circumnavigated the globe three times hoarding his journals instead of booty. He was the first Englishman to land on Australia and report on its aborigines; he rescued Alexander Selkirk, who became Robinson Crusoe, and separately, the unnamed Miskito Indian who became Friday. Darwin consulted his books; Coleridge admired his prose; he introduced the words ‘barbecue,’ ‘chopsticks,’ ‘posse,’ and ‘rambling’ as an adjective into the language. He was the first in English to describe an avocado.”

A Spout is a small ragged piece, or part of a Cloud, hanging down about a yard, seemingly from the blackest part thereof. Commonly it hangs down sloping from thence, or sometimes appearing with a small bending, or elbow in the middle. I never saw any hang perpendicularly down. It is small at the lower end, seeming no bigger than ones Arm, but ‘tis fuller towards the Cloud, from whence it proceeds.
When the surface of the Sea begins to work, you shall see the Water, for about 100 paces in circumference, foam and move gently round till the whirling motion increases: and then it flies upward in a pillar, about 100 paces in compass at the bottom, but lessening gradually upwards to the smallness of the Spout it self, there where it reacheth the lower end of the Spout; through which the rising Sea-water seems to be conveyed into the Clouds. This visibly appears by the Clouds increasing in bulk and blackness. Then you shall presently see the Cloud drive along, although before it seemed to be without any motion; the Spout also keeping the same course with the Cloud, and still sucking up the Water as it goes along, and they make a Wind as they go. Thus it continues for the space of half an hour, more or less, until the sucking is spent, and then breaking off, all the Water which was below the Spout, or pendulous piece of Cloud, falls down again into the Sea, making a great noise with its fall, and clashing motion in the Sea.
It is very dangerous for a Ship to be under a Spout when it breaks, therefore we always endeavoured to shun it, by keeping at a distance, if possibly we can. But for want of Wind to carry us away, we are often in great fear and danger; for it is usually calm when Spouts are at work, except only just where they are. Therefore men at Sea, when they see a Spout coming, and know not how to avoid it, do sometimes fire shot out of their great Guns into it, to give it air or vent, that so it may break; but I did never hear that it proved to be of any benefit.

The exact title of William Dampier’s book: A new voyage round the world describing particularly the isthmus of America, several coasts and islands in the West Indies, the isles of Cape Verd, the passage by Terra del Fuego, the South Sea coasts of Chili, Peru and Mexico, the isle of Guam one of the Ladrones, Mindanao, and other Philippine and East-India islands near Cambodia, China, Formosa, Luconia, Celebes, &c., New Holland, Sumatra, Nicobar Isles, the Cape of Good Hope, and Santa Hellena: their soil, rivers, harbours, plants, fruits, animals, and inhabitants: their customs, religion, government, trade, &c. I tend to associate melancholia with a tendency to “completism,” forgetting that such lengthy titles mark a seventeenth century convention. Melancholy in Dampier’s book belongs to the native inhabitants of the “Bay of Campeachy”:

All the Indians that I have been acquainted with, who are under the Spaniards, seem to be more melancholy than other Indians that are free; and at these publick Meetings, when they are in the greatest of their jollity, their mirth seems to be rather forced than real. Their Songs are very melancholy and doleful; so is their Musick: but whether it be natural to the Indians to be thus melancholy, or the effect of their Slavery, I am not certain.

They are a very heavy Bird, and seldom fly far, or very high from the Water: They commonly sit on Rocks at some distance from the shore, where they may look about them. They seem to be very melancholly Fowls, by their perching all alone: They sit as if they were sleeping, holding their Heads upright, and resting the ends of their Bills on their Breasts; they are better Meat than Boobies or Men-of-War-Birds.

Pound: “The proper METHOD for studying poetry and good letters is the method of contemporary biologists, that is careful first-hand examination of the matter, and continual COMPARISON of one ‘slide’ or specimen with another.” And thus the anecdote of Agassiz and the fish.

Guy Davenport: “Agassiz’s masterpiece was to have been the Contributions to the Natural History of the United States. Its four handsome volumes remain as a triumph of thought and scholarship. So carefully do they begin, holding entire libraries of fact in perfect balance with original research that the mind marvels at the inconceivably fine book the finished work would have been; for in 1,600 pages Agassiz has but described the embryology of the North American turtles and the anatomy of the most elusive and perishable of creatures, the jellyfish and his kin. “Jellyfish” a transcendentalist once asked Agassiz. “It seems to be little more than organized water.” Like a waterspout.

Weinberger notes in “Where the Kaluli Live” (An Elemental Thing) how the Kaluli (of Papua New Guinea) sing and finish singing (“The songs are in the first person; the singer is alone after the death of a family member, or is traveling away from home. They describe a journey, each place-name bringing up nostalgic associations . . .”):

A great singer has a voice like a Pink-spotted Fruitdove or an Orange-bellied Fruitdove. The singer is a bird at the top of a waterfall, and the structure of a song is a waterfall. Songs that are poorly done have too much ledge before the water drops, or too much splashing, or they linger too long in the pool before moving on. A successful song is like water rushing over the rocks, and is one where the water keeps flowing far beyond where one can see.

There is mention of nostalgia in William Dampier’s book. He does, at the approaching (with “such a leisurely and dreadful solemnity”) prospect of “unorganized” water (“our little Ark in danger to be swallowed by every Wave”), an enormous oceanic storm on its way, lose, momentarily, courage:

. . . here I had a lingring view of approaching death, and little or no hopes of escaping it; and I must confess that my courage, which I had hitherto kept up, failed me here; and I made very sad reflections on my former Life, and lookt back with horrour and detestation, on actions which before I disliked, but now I trembled at the remembrance of. I had long before this repented me of that roving course of life, but never with such concern as now.

“Rambling” as an adjective. Trying to make a worthy thing with the materials to hand. Robert Burton, running through the watery tropes of Imagination, how “most especially it rageth in melancholy persons in keeping the species of obiects so long, mistaking, amplifying them by continuall and strong meditation, vntill at the length it produceth reall effects, and causeth this and many other maladies”:

Avicenna speakes of one that could cast himselfe into a palsie when hee list, and some can imitate the tunes of Birds and Beasts, that they can hardly be discerned. Dagobertus and Sr Frances scarres and wounds, like to those of Christs, (if at the least any such were) Agrippa supposeth to haue happened by force of Imagination: that some are turned to Wolues, from Men to Women, and Women againe to Men (which is constantly beleeued) to the same Imagination; or from Men to Asses, Dogges, or any other shapes. Wierus ascribes all those famous transformations to Imagination, that in Hydrophobia they seeme to see the picture of a Dog, still in their water, that melancholy men, and sicke men conceaue so many phantasticall visions, apparitions to themselues, and haue so many absurd suppositions, as that they are Kings, Lords, Cocks, Beares, Apes, Owles, that they are heavy, light, transparent, great and little, sencelesse and dead (as shall bee shewed more at large in our Sections of Symptomes) can be imputed to naught else but to a corrupt and false Imagination. 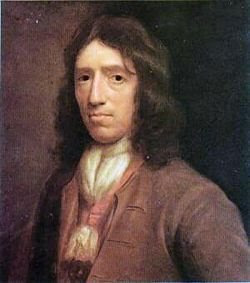