100
Periodicity’s irregular rubato, that graph
Of an untoward music—endless
The everyday, endless the tout
Readjustments, nimbic, loud, and improbable.
(One likes a little peremptory
Flatulence in the sail, something
To counterweight the gravitas by
Which one steers hard alee
Into the expeditionary dispersal, the
“Here we are, gents!” unlading.)
Quite a little trafficking’s caught
Our attention below-decks, down
Here where the log is
Kept, kept burning, that is.
Servility to a clockwork mechanism
Ungreased: that’s got to be
Tough. And all the days
You’d rather be out with
The boys, or the girls,
Masquerading as somebody’s other signifier
Or up in a carrel
Spelling harlequinade for the umpteenth
Batch of motley-loud conference
Attendees, no, probably not. That’s
No way to say goodbye.
The climate’s back to normal,
None of that yellow forsythia
December, a skiff of snow’s
Brought the high-contrast winter
Photographers out, though the sun
Keeps trying to micro-manage
The light gradient, ducking here
And there with the inconsistency
Of a black marketeer. Misgivings
Turn out to be time-
Sensitive and vanish abruptly—

My inclination, at the moment, is to send the whole of The Everyday to someone without reading it—to “turn it into a book.” (Note the laconic and nonchalant and possibly delusional stance of the undoubtedly deserving. Or is it the heedlessness and lack of ambition of the perpetually thwart’d?) Regularly, I add’d its piecemeal quotidian servings to a single file without ever reading it. (It may well be a mess.) I suspect the shortest entry is the two words of the eighty-eighth: Torn aorta. (There is a late period of the minuscule and notational, immediately following my father’s death, when I veer’d off my original assumption and method of daily writing, though I did mechanically scribble some notes, later transcribed and fortify’d.) Another possibility: to regard The Everyday simply one of the other artifacts of its “era” (something integral to the Isola)—though I never consider’d it that way: I attempt’d (adamantly) to write a poem in one hundred sections in a period of one hundred days. One suspicion: that it will remain a casualty of my sloth in spite of (because of) the coyness of my public self-assessment. One note: what the hell next?

In Roberto Bolaño’s 2666, the biographer Gorka talking about the unnamed resident poet of the lunatic asylum call’d Mondragón:

It’s my duty to collect information, dates, names, confirm stories, some in questionable taste, even damaging, others more picturesque, stories that revolve around a chaotic center of gravity, which is our friend here, or what he’s willing to reveal, the ordered self he presents, ordered verbally, I mean, according to a strategy I think I understand, although its purpose is a mystery to me, an order concealing a verbal disorder, that would shake us to the core if ever we were to experience it, even as spectators of a staged performance.

Isn’t that all any writing is? And the history of “literature” a history of the mechanisms by which that underlying verbal disorder is dolorously (or righteously) reveal’d? (It is the history of the struggle between the (flimsy, awkward) mechanisms that let through hints of the moiling disorder, and rigid lockdowns against that possibility—which is, by the lingo, to suggest, one supposes, that all writing is juridical, is part of a system of punition, or, at the very least, control.) See “shored against my ruins”; see “Things fall apart; the centre cannot hold”; see “’Tis all in pieces, all coherence gone”; see “my errors and wrecks lie about me . . . I cannot make it cohere.” All is strategy, and purpose (purpose?) flies off with the crows, the critics, the scavengers. 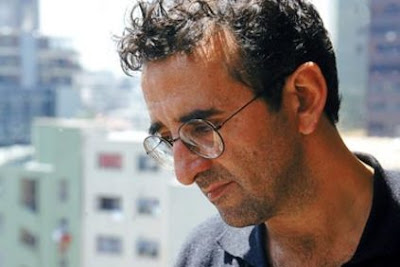