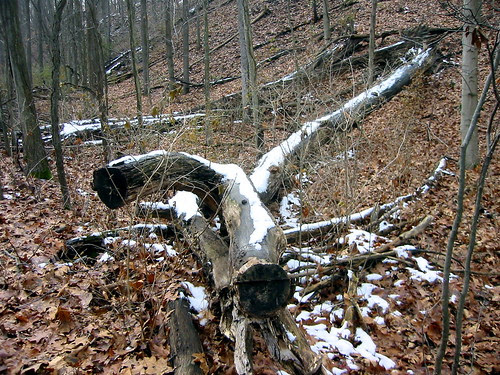 Carol Snow—to judge by Placed: Karesansui Poems (Counterpath, 2008)—is something of a Zen miniaturist, a collagist, a collector and arranger of some of language’s smaller units. The book emerges out of the final section (“Karesansui”) of an earlier collection titled The Seventy Prepositions (University of California Press, 2004)—it provides arrangements, with footnotes (or “subtexts”) pointing to source texts, corresponding to each preposition in a list of “the Seventy Prepositions, according to Mrs. Lenore Larney, Aptos Junior High School, ca. 1962,” undoubtedly a former teacher of Snow’s. One thinks: somehow the wrong title end’d up there, stuck to the earlier book, misplaced. Here’s “Down,” select’d at random:

“The ‘quantum jump’ visualized as a sort of ladder.”

a passage—“notes in the margin”—on the scale of
—“contemplation must be put on trial”—
. . . for your thoughts—a century of pleasures, of
particles,
of clouds—Project—a penny arcade

Epigraph) James Gleick, Genius     1) Fernando Pessoa, “Peristyle”; Walter Benjamin, “First Sketch,” “In The Arcades Project, contemplation must be put on trial. But it should defend itself brilliantly and justify itself.”

(The epigraphs—where they occur—get variably placed, some before the title, some after.) I read “Down” as a kind of constellation, a spray of associations, a nosegay, in essence not so unlike an extremely tiny version of Benjamin’s Passagen-werk, a clot of quotables. And a number of sparks fly off the assemblage: the way a peristyle, an open space (cloister’d) surround’d by pillars, by a colonnade might resemble notes marginal (enclosing) a text, a kind of karesansui garden of sand (with outlying rocks); associations of particle physics, cloud chambers, the nuclear fission studies of the Manhattan Project; the ratchety amusements of penny arcades toss’d into the Benjaminian mix, along with the nostrum-begging “a penny for your thoughts; a man in New Orleans saying “y’all goan ketch yo deaths of pleasure”; the ladder-like scale of one to ten. Against which: caveats, ill-fits, stumbling blocks (is this why the piece includes “contemplation must be put on trial”—in order that one’s associational flux not gel into a kind of perfectly blank solidity?). Ill-fit: Ladders go “up,” not “down.” And what musses a cohesive reading, too, lies in the epigraph itself, the regularity of a ladder’s rungs opposed to the “jump,” quantum or not. Quibbles (and mayhaps necessary.)

What musses, though, my full-throat’d advocacy of the piece: a sense of its limits, it own lack of full-throatedness, its smallness, its timidity. There is the sense of a stasis apparent, something jewel-like, “set.” (This is, of course, part of the intent of the Japanese garden, the karmansui, “the small-scale dry landscape garden attached to and bordered by Shoin-style architecture”—as Snow puts it, quoting Günter Nitschke’s Japanese Gardens: Right Angle and Natural Form in an epigraph to the book—“Such gardens are designed to be contemplated, like a painting, from a number of fixed vantage points.” (The “designed to be contemplated . . . from a number of fixed vantage points” goes a distance in making comprehensible the recurrence, in the course of the pieces, of numerous language bits (often so small as hardly to warrant the name “quotation”)—one is moving the garden elements about—how, say, is the Berryman phrase “how big it is!” when view’d “from” here—“above,” “within,” &c.) (Because of the sense of repetition and reprise, and the serial nature of the sequence, one thinks, naturally enough, of Jack Spicer’s “A really perfect poem has an infinitely small vocabulary”—the difference: there’s little sense of outer chaos entering into Snow’s poems—the tidiness defeats the Spicerean impinging recklessness.) Here another piece out of Snow’s Placed:

“but helicopters or         a Brooklyn reproduction
will fix that—”

It is easy enough to unbraid the strands of Stein / Berryman so that Stein reads: “I was faced by the trouble that I had acquired all this knowledge gradually but when I had it I had it completely at one time.” And Berryman: “Differ them photographs, plans lie: how big it is! . . . —from nowhere can one see all the stones—” Two statements of the dilemma of how knowledge remains constantly partial at best. (Though here that small knowledge, in the form of two sentences, is dispersed (rearranged) further in a kind of quod erat demonstrandum ploy. One effect: the piece becoming a jittery Steinian portrait itself. Another (less effect than implication): one imagines a stone-raking solace in the activity of constructing such a piece—moving the language bits about.

Not all the pieces depend so on borrow’d words. Here’s “Since”:

“Absorbing the Blow,” the martial arts exercise lately
recommended, an outward spiraling wingspan
gesture, arching, transported—California—woo-
woo (adjective: from a strain of the Twilight Zone
theme song?)—Crucifixion / The Passion—‘cross-
cultural’—Little Joe,
shot in the back in one episode of Bonanza,
suddenness, enactment, his recoil, gut-wrenching: an
awakening of compassion? (teen) (mine) (remedial?)
sadistic? sexual?—“and curiouser”—upbringing
—the Self—loose bouquet

A “loose bouquet” indeed (and the excellent spark-flying notion that the Self is exactly such a bouquet—“we are the stories we tell about ourselves.”) I resist (here) the notational style (my temperament for heft and wildness, the onslaught showing again). The idea, though, that propels Placed: Karesansui Poems—that of making relational objects to “go with” each of the relational pointers determiners that are prepositions: impeccable. For the curious, the seventy (like a prepositional Septuagint):

Off through—I suspect—lake effect snows to the west to Chicago. Back Monday.