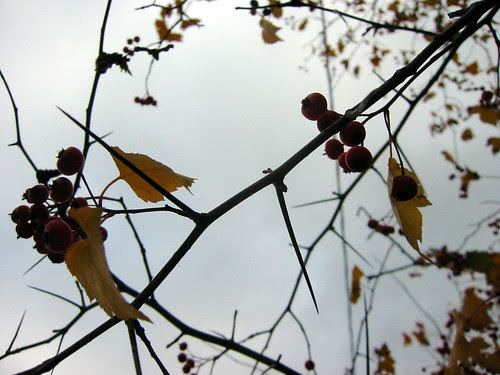 So who is Roberto Bazlen? Who is Pierre Michon? Ad fontes, that is to say, reading, reading anything, one looks indefatigably for necessary keys to continuing. So Roberto Bolaño in 2666 in “The Part About the Critics” mentions Michon (along with Olivier Rolin) along with Javier Marías and Enrique Vila-Matas. And, snout to trail, off one goes. (Pericolo: chance of a plant’d scent, a dud, an invention.) So Enrique Vila-Matas in Bartleby & Co. (New Directions, 2004) writes:

Bobi Bazlen commented: “I believe it is no longer possible to write books. That is why I no longer write them. Virtually all books are no more than footnotes, inflated until they become volumes. That is why I write only footnotes.” [Long, one thinks, in advance of Jenny Boully’s The Body: An Essay.]
His Note senza testo (Notes Without a Text), collected in notebooks, were published in 1970 by the Adelphi publishing house, five years after his death.
Bobi Bazlen was a Jew from Trieste who had read every book in every language and who, while possessing a vey demanding literary conscience (or perhaps precisely because of this), instead of writing preferred to intervene directly in people’s lives. The fact that he never wrote a book forms part of his work. Bazlen, a kind of black sun of the crisis in the West, is an extremely curious case; his very existence seems to signal the true end of literature, of the absence of output, the death of the author: a writer without books and therefore books without a writer.

Roberto Bazlen, b. 1902-d. 1965. There seems to exist a Scritti, publish’d in Milano by Adelphi in 1984, edited by the inestimable polymath Roberto Calasso. It includes “Il capitano di lungo corso” (1973), the “Note senza testo,” some “Lettere editoriali,” and “Lettere a Montale.” Bazlen brought both Italo Svevo and Ernesto Saba to the attention of the Italian (and international) public. Bazlen recalls one to Félix Fénéon, the enigmatic anarchist, editor, writer of faits divers (translated by Luc Sante in Novels in Three Lines (NYRB, 2007), and “false Yankee” (according to Apollinaire) or “Yankee Mephistopheles” (according to Remy de Gourmont)—Fénéon, a tall, gaunt, severe-looking chap, sport’d a small goat’s-tuft of a beard (Alfred Jarry claim’d he look’d like “a satyr born in Brooklyn”). According to Luc Sante, Fénéon (1861-1944), is “a great literary stylist who wrote little and published less” (“he never published a book in his lifetime, and a large number of his writings were anonymous or pseudonymous”). He writes:

His accomplishments all took place away from the limelight, and were frequently in the service of others’ work. He more or less discovered Georges Seurat, and had a great deal to do with his success and those of other Postimpressionists and Nabis: Signac, Pissarros père and fils, Maximilien Luce, Félix Vallotton, Toulouse-Lautrec, Bonnard, Vuillard, Maurice Denis. He edited Rimbaud’s Illuminations—he was responsible for establishing the order of the sections, among other things—and produced the first public edition of Lautréamont’s Chants de Maldoror. He founded several magazines and edited several more, including the Revue blanche, arguably the most important literary-artistic journal of its time (1893-1903).

Regarding the nouvelles en trois lignes, composed by Fénéon in 1906 for the Paris newspaper Le Matin, in numbers of up to twenty per day (“there are 1,220 of them in all”) Sante quotes Apollinaire writing anonymously in 1914 in a Mercure de France column, “La vie anecdotique”:

M. Félix Fénéon has never been very prodigal with his prose, and his conversation is rather laconic. Nevertheless, this writer so bare-bones that he so to speak invented, in his immortal three-line stories in Le Matin, the words at liberty adopted by the Futurists, has been silent for too long.

And Sante quotes lines out of one of F. T. Marinetti’s manifestos that “suggest a common essence” with Fénéon’s doings in the faits divers: “Literature having up to now glorified thoughtful immobility, ecstasy, and slumber, we wish to exalt the aggressive movement, the feverish insomnia, running, the perilous leap, the cuff, and the blow.” So one reads (randomly select’d):

Madwoman Brugnet, of Asnières, pulled into the water Petit, who had held out a pole: both rescued; in Alfortville, though, Kovopodski drowned.

Well! Neither the duke nor any representative, people observed at the funeral of Riehl, run over by the automobile of the Duke of Montpensier.

Four times in one week farm servant Marie Choland set her employer’s farm on fire. Now she can burn down Montluçon prison.

Couderc, of the 129th Regiment at Le Havre, requested discharge on account of deafness. In vain. So he committed suicide.

A bottle floated by. Mauritz, of Sèvres, leaned over to grab it and fell into the Seine. He is now in the morgue.

The relentlessness, the laconicism, the tone of contempt and bemusement combined (shrug c’est la vie-ism)—it is perfectly difficult to put a name to it—it recalls somewhat Bolaño’s tonal range in 2666’s “Part About the Crimes” (the catalogue of the murder’d women of Santa Teresa). Fénéon comes up (for me) of late largely by way of a couple of plum anonymous remarks in the comments to a recent post by Don Share at Squandermania and Other Foibles. Brashly and delightfully, it seems as if some brave soul’s took the Fénéon insouciance and Futurist parole in libertà to “the body” of contemporary American and British poesy, with sublime results:

“Ouch!” cried the cunning oyster-eater, M. Goldsmith. “A pearl!” Someone at the next table bought it for 100 francs. It had cost 10 centimes at the dime store.

With its horrible monsters and efflorescent skin diseases, a traveling carnival show burned down in Montgeron. Even as the embers glowed, The Symposium on Conceptual Poetries was called to order, in Tucson.

Sick of it all, poet M. Bertin, 34, blew out his brains. A tragedy, yes . . . But then again (as the townsfolk of Vannes murmured to themselves), if you were only a poet, wouldn’t you blow your brains out, too?

Snout to trail, one breathlessly awaits additions, audacious and pure. 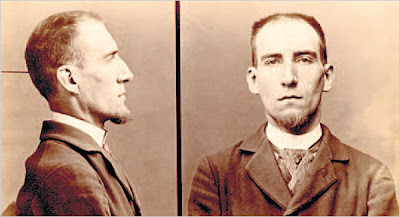