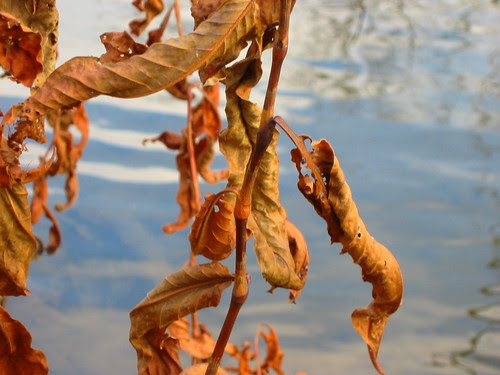 The Huron at Delhi

99
Angelica is one of the umbelliferous plants, parsley-related, in the same lot as the “huge, woolly, rank-smelling” cow-parsnip—thus go the angels. A slovenly snow strains down out of the sky’s auxiliary cloud-canopy, pockmark’d by raindrops, a sluice and a slurry. I sleep all day under a “huge, woolly, rank-smelling” greatcoat circa 1863, moth-chew’d, ash-burnt, uncivil. A slatternly snow it is, sloppy with its kisses. One crow in the yard: a cinder-wrought black angel hopping about one-foot’d, cussing out the unfrank’d incalculable sublime. The unblessed. The inobviable empires of the dead. Scanty its delight, borrow’d its pain. It is a photograph of a crow, crow of unpiercèd hermetic memory, its crow-soul a chasm and a tint. It is a holy diminishment, captured light itself making of the crow an unspeakable medallion.

In Roberto Bolaño’s 2666 talk of an “ultraconcrete critical literature”: “a nonspeculative literature free of ideas, assertions, denials, doubts, free of any intent to serve as guide, neither pro nor con, just an eye seeking out the tangible elements, not judging them but simply displaying them coldly, archaeology of the facsimile, and, by the same token, of the photocopier.” The prior example being drawn out of an unnamed French critic’s “minuscule findings on the Marquis de Sade” comprising “the facsimile reproduction of loose papers testifying vaguely to the Marquis’s visit to a laundry, an aide-mémoire of his relations with a certain theater impresario, a doctor’s bill complete with medicines prescribed, an order for a doublet specifying buttonwork and color, etc., all of it accompanied by lengthy notes from which only a single conclusion could be drawn: Sade had existed, Sade had washed his clothes and bought new clothes and maintained a correspondence with beings now definitively wiped from the slate of time.” Is there a terrifying sense, dying and seeing one’s dying, one’s own dying, that one needs proof, precisely, of having exist’d? See, too, the odd intrusion into the story of the four Archimboldians (European critics, lurching after the mysterious German writer Benno von Archimboldi) of the artist Edwin John, who cut off a hand and affix’d it to one panel of a self portrait, and who is now in the “fifteenth century fortress” of a lunatic asylum in Switzerland. The critics go to visit Johns (who seemingly admits to one that he sever’d the hand for “money”) and the bulky brute inertness of the asylum’s surroundings leads to the following “odd conviction”:

The certainty that the American continent, for example, had never been discovered, or in other words had never existed, and that this had in no way impeded the sustained economic growth or normal demographic growth or democratic advancement of the Helvetian republic. Just one of those strange and pointless ideas . . . that people exchange on trips, especially if the trip is manifestly pointless, as this one was shaping up to be.

A conversation about coincidence asserts itself (existence itself a coincidence), the painter / mutilator Johns himself claiming, about coincidence, that “it’s never a question of believing in it or not. The whole world is a coincidence.” And against a friend’s retort that “it isn’t a coincidence for the person who gets up at six in the morning, exhausted, to go to work; for the person who has no choice but to get up and pile more suffering on the suffering he’s already accumulated,” and that “the greater the suffering, the smaller the coincidence” (coincidence as luxury, as “the flip side of fate”), Johns explains why the friend (not unlike the reader of the Bolaño book, 2666, in hand, or the stumbling Archimboldians) is wrong, saying that he:

. . . believed in humanity, and so he also believed in order, in the order of painting and the order of words, since words are what we paint with. He believed in redemption. Deep down he may even have believed in progress. Coincidence, on the other hand, is total freedom, our natural destiny. Coincidence obeys no laws and if it does we don’t know what they are. Coincidence . . . is like the manifestation of God at every moment on our planet. A senseless God making senseless gestures at his senseless creatures. In that hurricane, in that osseous implosion, we find communion. The communion of coincidence, and effect and the communion of effect with us.

That pervasive unleash’d disordering God / coincidence is later annex’d to exile itself, it, too, a “natural destiny.” Another German literature professor, a Chilean teaching in Mexico—a man who, like Bolaño, fled the 1973 coup in Chile—says, of exile, “now I see it as a natural movement, something that, in its way, helps to abolish fate, or what is generally thought of as fate.” And to the retort that exile “is full of inconvenience, or skips and breaks that essentially keep recurring and interfere with anything you try to do that’s important,” the Chilean answers curtly: “That’s just what I mean by abolishing fate.” Something of a Mallarméan echo and refutation lingering thereabouts—if “un coup de des jamais n’abolira le hazard” maybe a coup d’état will. One is moved unchancedly straight into the aggressions of the real.

Rummaging around in the old photographs last week: uncover’d an “aide-mémoire.” Setting type at Ithaca House, under the pipes, probably around 1982. 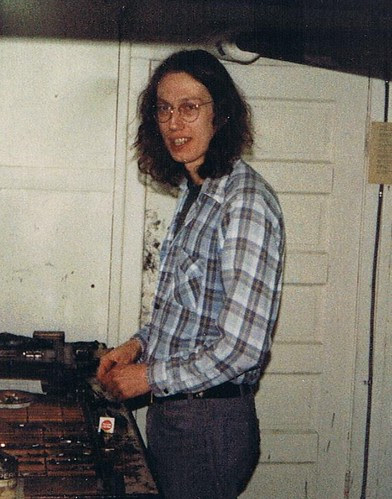