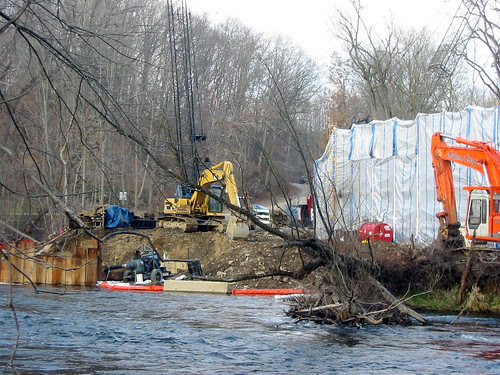 Paul Celan: “a man who walks on his head sees the sky below, as an abyss.” That amidst Celan’s talk—in “The Meridian,” a 1960 speech made in Darmstadt on the occasion of receiving the Georg Büchner Prize (out of Collected Prose, translated by Rosmarie Waldrop). Vertigo of looking down into the mirror on which one stands. Part of Celan’s argument: that art—poetry—“makes for distance from the I” in order to be accost’d by none but itself—“poetry, like art, moves with the oblivious self into the uncanny and strange to free itself.” Two possibilities of the uncanny: “the road to Medusa’s head”—silence, the stone—and “the automaton”—hubbub, chatter, pandemonium. (The Beckettesque diminuendo to nothing, the pared down, the minimal versus the rampancy, the exfoliancy, the mechanical masturbatory excesses of, say, Joyce in Finnegans Wake.) Celan: “it is very common today to complain of the ‘obscurity’ of poetry. Allow me to quote . . . a phrase of Pascal’s: ‘Ne nous reprochez pas le manque de clarté puisque nous en faisons profession.’ This obscurity, if it is not congenital, has been bestowed on poetry by strangeness and distance (perhaps of its own making) and for the sake of any encounter.” So: “Atemwende, a turning of our breath” becomes the sign of the turn. Or two turns: one that literally takes one’s “breath and words away” and a second (“there may be, in one and the same direction, two kinds of strangeness next to each other”) into the cacophonous abyss. Celan:

Poetry is perhaps this: an Atemwende, a turning of our breath. Who knows, perhaps poetry goes its way—the way of art—for the sake of just such a turn? And since the strange, the abyss and Medusa’s head, the abyss and the automaton, all seem to lie in the same direction—it is perhaps this turn, this Atemwende, which can sort out the strange from the strange? It is perhaps here in this one brief moment, that Medusa’s head shrivels and the automatons run down? Perhaps, along with the I, estranged and freed here, in this manner, some other thing is also set free?
Perhaps after this, the poem can be itself . . . can in this now art-less, art-free manner go other ways, including the ways of art, time and again?
Perhaps.

Admittedly, one stumbles along, flailing. What is the “some other thing” freed? (Balancing act of the obfuscatory: regarding the poem’s ability to “be itself”? Here I think of Jack Spicer’s claim (in one of the Vancouver lectures) for the poem as self-generated entity: “Words are things which just happen to be in your head instead of someone else’s head. . . . The words are counters and the whole structure of language is essentially a counter. It’s an obstruction to what the poem wants to do.”) What, too, to make of Medusa’s death at the neck-severing sword-blow of Perseus, what to make of the offspring Pegasus—horse of the Muses, winged stallion at the service of the poets—what sprang forth out of that neck? Or brother Chrysaor, father of three-head’d Geryon? Do the two undeniable signs of excess of stone-turner born point to a balance: pause and containment versus a reckless slurry of winds? Celan (after talk of “‘Speed’, which has always been ‘outside’” and its endless tendency to gain ever “more speed”): “the poem today, shows—and this has only indirectly to do with the difficulties of vocabulary, the faster flows of syntax or a more awakened sense of ellipsis, none of which we should underrate—the poem clearly shows a strong tendency towards silence.” Which is nearly contradict’d in the next few paragraphs:

The poem holds its ground . . . the poems holds its ground on its own margin. In order to endure, it constantly calls and pulls itself back from an ‘already-no-more’ into a ‘still-here.’
This ‘still-here’ can only mean speaking. Not language as such, but responding and—not just verbally—‘corresponding’ to something.
In other words: language actualized, set free under the sign of a radical individuation which, however, remains as aware of the limits drawn by language as of the possibilities it opens.
This ‘still-here’ of the poem can only be found in the work of poets who do not forget that they speak from an angle of reflection with their own existence, their own physical nature.
This shows the poem yet more clearly as one person’s language become shape, and essentially, a presence in the present.

Which is the anti-Spicer speaking, and, seemingly, a refutation of what Celan’d posit’d just previously regarding the poem’s “own margin.” Though, again, Spicer, too, for all the “radical individuation” of the poem in its trajectory of becoming, he, too, might be “accused” of relenting to notice that a poem may “speak from an angle of reflection with [one’s] own existence”—a continuing existence. Spicer, in “the most important letter” Robin Blaser ever received: “It was not my anger or my frustration that got in the way of my poetry but the fact that I viewed each anger and each frustration as unique—” And:

Dire cold, keys stuck in locks, Bartleby and Vila-Matas in the air. How strange to sit to the table and find oneself caught by the maelstrom of Celan / Spicer. Vila-Matas: “I drift, sailing across the seas of the wretched confusion of Bartleby’s syndrome: labyrinthine theme which lacks a centre, for there are as many writers as ways of abandoning literature, and there is no overall unity, it is not even simple to hit on a sentence that could create the illusion that I have reached the bottom of the truth hiding behind the endemic disease, the negative impulse paralyzing the best minds. I only know that to express this drama I sail very well among fragments, chance finds, the sudden recollection of books, lives, texts or simply individual sentences that gradually enlarge the dimensions of the labyrinth without a centre.” 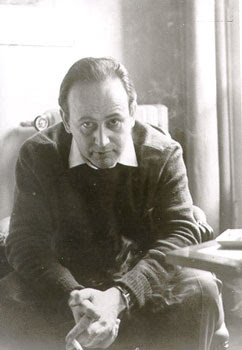