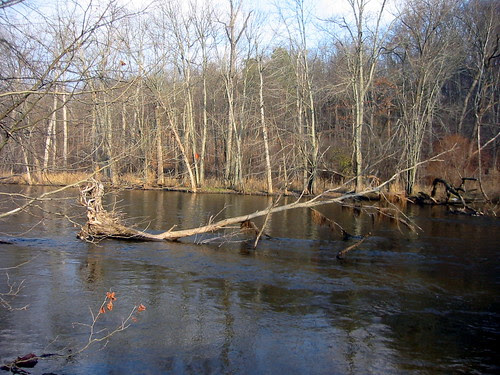 Fewer lake effect doings than foreseen, though one did see a few cars straddling ditches or oddly angled vis-à-vis premonitory trajectory, with cuts plow’d into the snowy earth precisely up to the point whence the earth and snow “brought” one to a bewildering halt. Not oneself, though. One return’d and crammed a weekend’s worth of chores into a grim Sunday, though the bout of perusing the Friend’s emporium at the library and uncovering a copy of Barbara Guest’s novel, Seeking Air (Black Sparrow, 1978), for a greenback, that prickled the neck-hairs. I find Barbara Guest absolutely mysterious: mannequin or candidate for sainthood or czarina of Muscovy, she is otherworldly. Is it a class difference (I sense something of the “ilk” with Caroline Knox, too—someone I “associate” with Newport, Rhode Island; she, too, is loopily nonchalant regarding the nomenclatures of the “good life”)? Here’s Guest (in the novel):

They ate the silent things that had been patient in the cupboard. Waiting “the right moment.”
Quenelles in a can, brandade de morue from a can, black cherries, Mexican chocolate, white asparagus that had been in the back of the ice box for God knows how long, still the bottle hadn’t been opened. The food came from all over the world and tasted as if it had been travelling a long time. They drank Red Label Johnnie Walker. Morgan read from off the bottle where its awards had been bestowed. Sidney, Paris, Adelaide. Melbourne, Dunedin, Jamaica, Kimberley, Brisbane. What a history of empire building! Jamaica 1877! Probably tippled by one of the Robert Brownings!
And now have terminé our geographical deenay it’s off to the flicks with you. I want to catch the smörgåsbord in Scenes from a Marriage.

Isn’t there a tone there that is saying all art is essentially frivolous? So Eustace Worthal arrives, so the bachelor “Mortashed spent a week with us which he pretended was only a weekend” and at supper one night says “Let us never be bedeviled by ecclesiastical squabbles” (and the narrator assesses: “and I knew he had been with Eustace.”) So, earlier, a chapter reads (in its entirety):

Over the bridge and abandoned to the city. The infantry passes us by. The hobbled and poor greeting at the gate. The toasts lifted to us as we enter, toasts of scraggles and zarencies ferencious and disporging . . . (where no one speaks English) . . . we enter the important city like mercenaries creeping homeward to our hovels.

Is it simply another example of the “poet’s novel”—that determinedly minor genre, “lacking all conviction,” toy untoilsome of the unprepossess’d? Is it that the stuffing of Guest’s farce disbelieves in its own constructedness (the novel’s) and so can only mock itself? (Though I do love that “zarencies ferencious,” I do love that in my most meagrely foolish and shallow aesthete way!) Or is it that its “habitat” encounters little of plaint, little beyond the malarkey of the random, the harmless, private conversations of (mostly) ineffable cheer? (“Let’s take a plane, said Miriam. That way we won’t have to think.”)

Per contra there’s Roberto Bolaño (in 2666) and the character (misplaced Chilean academic, in Santa Teresa) Amalfitano’s make-believe “idiosyncratic ideas about jet lag” (which is to say, ideas about novel-writing—see “the exhaustion of the people who would still have been asleep if you hadn’t traveled”):

. . . these ideas or feelings or ramblings had their satisfactions. They turned the pain of others into memories of one’s own. They turned pain, which is natural, enduring, and eternally triumphant, into personal memory, which is human, brief, and eternally elusive. They turned a brutal story of injustice and abuse, an incoherent howl with no beginning or end, into a neatly structured story in which suicide was always held out as a possibility. They turned flight into freedom, even if freedom meant no more than the perpetuation of flight. They turned chaos into order, even if it was at the cost of what is commonly known as sanity.

Which would seem to damn the whole writing “enterprise” pretty thoroughly up and down no matter what the hustings. Which is not to say Guest isn’t spook’d, too, by the paucity of the endeavor—see the divagation into Coleridge riff’d whilst one character—Mewshaw—is busy hesitating “before priming forth the next syllable” (nous sommes tous semblables, tous précieux). Guest:

Samples, mere samples. Between the negative mere and the positive sample what an interval!

I look on the stops not as logical Symbols, but rather as dramatic directions representing the process of Thinking and Speaking conjointly . . . . [the speaker] pauses—then the activity of the mind, generating upon its generations, starts anew—& the pause is not, for which I am contending, at all retrospective, but always prospective—that is, the pause is not affected by what actually follows, but by what anterior to it was forseen as following—

It may seem that I am taking those pauses, those lapses in a lapse, as if they were part of an intimate, even sentimental game. But I mean what I have said. Life affects me this way. I need the game, as well as the joke being played on me.

Guest continues with a remark about the interval’s being turn’d into a “fragment of time,” signal’d by usage of the dash. And all I think of is how Roberto Bolaño’d point out succinctly, raffishly and with utmost seriousness that that dash contains the dead bodies of three prostitutes murder’d inexplicably in the border town of Ciudad Juarez. So, even in 2666’s attempt to rescue poetry, hoist it up out of the degradations of the world and its uselessness—“Poetry is the one thing that isn’t contaminated, the one thing that isn’t part of the game . . . Only poetry—and let me be clear, only some of it—is good for you, only poetry isn’t shit.”—he (Bolaño) puts the words into the mouth of a man named Guerra, a minor thug who likes nothing better than to go into “bars you can’t even imagine” and pick fights by pretending to be an “arrogant little faggot with money,” “smooth, stuck-up, sarcastic, a daisy in the filthiest pigsty in Sonora” (“I need the fucking release”). Or he (Bolaño) notes how the “bookish” “clearly and inarguably” prefer “minor works to major ones” being “afraid to take on the great, imperfect, torrential works, books that blaze paths into the unknown. They choose the perfect exercises of the great masters. Or what amounts to the same thing: they want to watch the great masters spar, but they have no interest in real combat, when the great masters struggle against that something, that something that terrifies us all, that something that cows us and spurs us on, amid blood and mortal wounds and stench.” So implicating himself (Bolaño), and 2666’s excesses and torrents, the paltry human ambition, insatiable and intolerable, of it all. 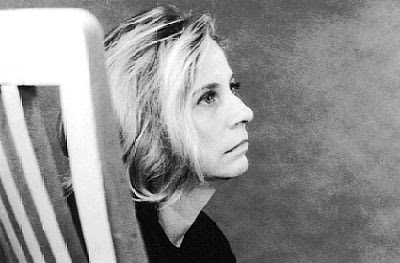 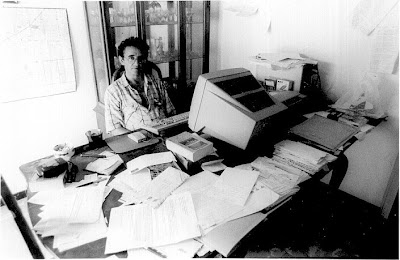