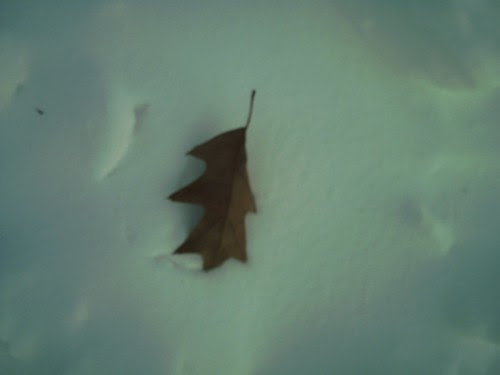 Overnight—Saturday—a high pressure area bulged in, deposit’d a lash of snow and lit it up with a fierce white light, inadequate camouflage for a noisy cold wind. So one wound oneself into coverlets and drowsed in and out of Wyndham Lewis’s Time and Western Man (1928), and try’d to avoid the sunlight’s false summons. Successfully. And collect’d in execrable claw-scrawl a battery of pencil notes. Things to record. Things to bounce against.

Struck dumb by Lewis’s quoting—in the Preface—of Henri Bergson’s “time is a material and not merely a formal element of the world.” That is, time is “the very ‘stuff of things.’” Which, coverlet’d and at my ease, I ponder’d—not much caring (or knowing, such is the book) whether Lewis meant to refute the idea or not. I attempt’d to think of time as something purely empty, an “unpopulated” past, and found it impossible. Time fills immediately with something, it is unidentifiable without a marker. (It is that chaotic, teeming Time that Lewis lays out to dissect in the book—“this ‘Time’ called the ‘mind of Space’”). In a sense mind itself imitates time, manifesting itself as a thing construct’d—available—only by content—language—or, metaphorically, unable to gum—empty mouth, pure form—the void.) (And what of space? Is it possible to think of space without markers? Even if only in the “blank” form of a grid, or a horizon?)

Lewis: “Language has to be destroyed before you transform ideas at all radically.”

Oswald Spengler in The Decline of the West (1917): “The application of the ‘homology’ principle to historical phenomena brings with it an entirely new connotation for the word “contemporary.” I designate as contemporary two historical facts that occur in exactly the same—relative—positions in their respective Cultures . . . we might . . . decscribe Pythagoras as the contemporary of Descartes, Archytas of Laplace, Archimedes of Gauss. The Ionic and the Baroque, again, ran their course contemporaneously. Is set alongside Pound’s lines out of The Spirit of Romance (1910): “It is dawn at Jerusalem while midnight hovers about the Pillars of Hercules. All ages are contemporaneous. It is B. C., let us say, in Morocco. The Middle Ages are in Russia. The future stirs already in the minds of the few.” An idea I associate mostly forcefully with Guy Davenport. Palimpsest: scratch a contemporary to uncover an ancient. Unlikely that Spengler read Pound—?

Lewis: “When Revolution—that is simply the will to change and to spiritual transformation—ceases to be itself, and passes over more and more completely into its mere propaganda and advertisement department, it is apt, in the nature of things, to settle down in the neighbourhood of sex . . . No Western revolution would be complete without its strident advertisement. In the pagan world the facts of sex had no undue importance. That they have derived entirely . . . from the puritan consciousness.” And: “If you are desirous of showing your “revolutionary” propensities, and it is a case of finding some law to break to prove your good-will and spirit, what better law than the dear old moral law, always there invitingly ready and eager to be broken. So it is that “sex” for the European is the ideal gateway to Revolution, that no one but a violent sex-snob can enter . . . And so it is that that will-to-change or impulse to spiritual advance, which is the only sensible meaning of Revolution, is confused and defeated.” And one thinks of William Burroughs, or Kathy Acker, or some of today’s tenderfeet looking to add sex-gush to what’s art-deficient, and so make a stir and hooplah, “revolutionary” as bangs. As if the dare and claim of the “avant” cultural worker is to be at least as vulgar as advertising, its pouty minions, its perruque’d execs, its billboards, its superfluous vanity. They get Lewis’s label: “the revolutionary simpleton.” Defined negatively: “Not the enthusiast of the will-to-change at its source, but only of its surface-effects, on the plane of vulgarization.”

Lewis, relatedly: “What you have to ask yourself is why, exactly, a grown person should wish to be a child?—for to use the forms of infantile or immature life, to make an art of its technical imperfections, and to exploit its natural ignorance, is in some sense, to wish to be a child.” Main exhibit for Lewis in the category of the faux-naïf is Gertrude Stein—her stuttering and stammering, her endless repetitions. He rather prettily aligns her with the Anita Loos of Gentlemen Prefer Blondes, a woman capable of writing “Paris is devine. I mean Dorothy and I got to Paris yesterday and it really is devine. Because the French are devine . . .” and so on with the dud orthography and the stance of the astound’d idiot. And extends it to others. What I find notable is how apropos Lewis’s fleet analysis is to the “present era,” wherein one notes, if anything, a rabid increase in such faux-naïveté. Indeed, in some quarters it’s become a compulsion, a house style, condito sine qua non. The mock-innocent lyrical outbursts (“O, O, O”); the repetitious descendents of Stein, refusing even the meagrest attempt at any copious or fulsome articulation of complexity; the blithe-unterganging pseudo-pratfalls of der Flarfmeisters, sport-tripping through the pathos of the illiterate. Lewis: “Humor is to be deliberately extracted from all this; that is to say that author and reader are both superior to the narrator.” 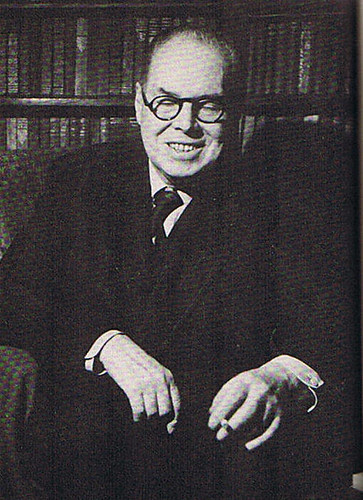