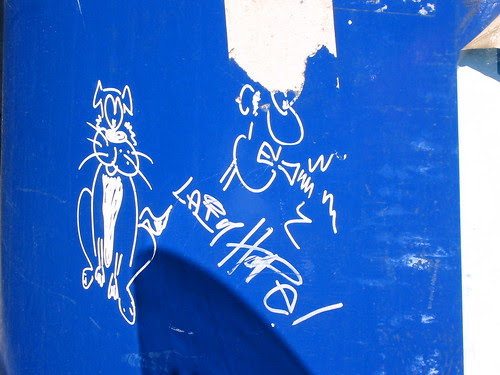 A Wall (Fume and Whisker)

Theodor Adorno, in Minima Moralia, under the rubric of Juvenal’s error (notably referring to “Juvenal’s remark difficile est satyras non scribere: it is difficult not to write satire”), retorts that it is “Difficult to write satire,” for though the “situation . . . needs more than any ever did,” it today “makes a mockery of mockery.” Adorno:

The medium of irony has itself come into contradiction with truth. Irony convicts its object by presenting it as what it purports to be; and without passing judgement, as if leaving a blank for the observing subject, measures it against its being-in-itself. It shows up the negative by confronting the positive with its own claim to positivity. It cancels itself out the moment it adds a word of interpretation. In this it presupposes the idea of the self-evident, originally of social resonance. Only when a compelling consensus of subjects is assumed, is subjective reflection, the performance of the conceptual act, superfluous.

Which sounds rather like some claims made for a kind of “writerly” poetry: ideologically manner’d commonplaces cross’d with an idea-free incendiary device, toss’d out into the middle of a “public” space. Adorno again:

The impossibility of satire today should not be blamed, as sentimentality is apt to do, on the relativism of values, the absence of binding norms. Rather, agreement itself, the formal a priori of irony, has given way to universal agreement of content. As such it presents the only fitting target for irony and at the same time pulls the ground from under its feet. Irony’s medium, the difference between ideology and reality, has disappeared.

So goeth “damaged life” in the West circa 1946-47, back beyond the present “era” a half-century plus. By accident, browsing the dogpatch, I uncover’d a copy, too—as if intend’d, as if meant—of Jasper Bernes’s Starsdown (Ingirumimusnocteetconsumimurigni, 2007). Turns out Adorno’s up in there, too. In some lines of a poem titled “Every Star Will Be in its Place”:

It’s 1940 again. It’s Theodor Adorno again
Thrown from the unmoving train into the speeding
Carousel of the basin, under a crush of tuberculars

And continuing a page later with a kind of Adornoesque riffing, complete with pratfalls of figures losing grounds:

The naïve thought of a return to naïveté
Not naïve enough to cure us of this radiocast
Ratiocination, split odds.

Pictures without images or images without pictures,
Form so deeply abstracted that it’s formless,
Chains us to the comic

Strip of statistical averages, mannikins in a streetcar.

Which is probably accurate enough, an apt enough representing of the book’s rigging and trajectory. There’s a skillful comic chain’d to the mainmast, statistically above average; there’s a fine phoneme-jumbling ear (a lot of sound-boss’d reversal-constructions along the lines of “interminable, suede desuetude” and “fragrant / vagrancies of Vanity Fair and “camouflage architecture a plage or plague” and “a slave salve, a valvéd delve”); there’s gobs of simulacræ publicitaires ad-jism, that cloud of Eliotic “yellow fog” that rubs itself against us in the twenty-first century, mostly in the form of mock names of things—“Dasein Does Dallas,” “vodka Cosmos at The Regrettable / Incident,” a murder weapon call’d a “Sigmund Freud letter-opener,” a place call’d “Revolution in Paris,” others “the Mill of Sighs and the Institute for the Study of Pain.” Sort of stand-up comedy for the post-Situationist crowd, somesuch particular groupuscule kiting aloft its own “universal agreement of content.” That is to say: there’s a knowing “like winky” to it all that precludes any grit-sense of struggle, any honest anger. “Double Future (1957)” begins:

Through the errorscope, Miss America’s smoothing
the scabrous backfill. In the foyer, aspirin-white aspirants

blench an inch or two and / handfeed our amputees
firstlings of filet mignon / equivalent to their prostheses.

Today’s motto: as is.

It is Lawyer Hour, yessed past all resemblance
to the world we bought high and sold low.
In another corner of the exclusive                   Room, the experimental
parfumier-ontologists

and financier-photographers trade bests: a hole in the shape of being-there
in the lobby of International
Flavors and Fragrances.

A zero-letter word for truth; a three-fingered
hand (stubs, thumbs)
looming in the lens’ there, there. . . .

And ends a page or so later, its gestural cleverness (“Life’s little Houdinis precisely sue”) and global-reaching (“outsourced phonesex”) high irony diminishing not a whit:

Datum of maelstrom, ash of egress; the smallest size, the biggest bite.

A plastic Oscar, your DNA all over it.

How distant is that, finally, from Mr. Robinson with terrible (laughable) knowingness saying to Dustin Hoffman’s confused-about-the-future Benjamin Braddock in The Graduate (1967): “One word. . . . ‘Plastics.’” Not too. And of course everything is marketable, highbrow and lowbrow, in particular comedic routines. The soothing (reassuring, “everything’s okay”) there, there . . . is no different from the Steinian there, there . . . of the Oakland’s gone, total nullity set. Irony is the “as is.” Adorno:

The gesture of the unthinking That’s-how-it-is is the exact means by which the world dispatches each of its victims, and the transcendental agreement inherent in irony becomes ridiculous in face of the real unanimity of those it ought to attack. Pitted against the deadly seriousness of total society, which has absorbed the opposing voice, the impotent object earlier quashed by irony, there is now only the deadly seriousness of comprehended truth.

Cold conk’d out the Lumina, alors. Jumper cables and enforced tooling around to recharge the battery. Head’d out toward the river and spotted a red fox poking its long nose into something black and glabrous by the road. 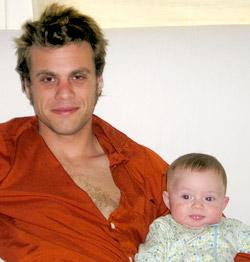