My Name Is Nobody 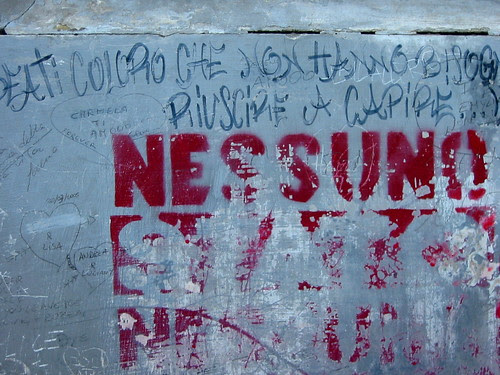 A Wall (Nessuno and Heart)

An avalanche of listlessness, all day Sunday with long rain in its hair, soddening the snowbanks, beading up along the soffit and plummeting off, me drowsing through kid-mischief. My loss of focus nigh-total—scribbling in the notebook about stinky-pots, meaning, in all likelihood, inky caps, those mycological wonders that die in a day and besmear the earth with black greasy imparticulars. Unsortable. Or something begins with an idea, and cannot push itself out of it:

The age is
One of forgetting.
History drifts off

So the state
Provides itself willy-
Nilly with a

New history, unimpeachably
Redeeming and fit
To a trajectory

Pre-determined. It
Extends power (power
Is a line

Even with its pecuniary stamping, inert, unspendable. Where’s the history of animal slaughter? Rhode Island reds corner’d by barefoot girls in pigtails, rabbits swung up by the hind feet and clobber’d with a hand chop, torch-black’d beehives hack’d down with machetes into flour sacks, high-spur roosters staked to the blood-pack’d dirt, train’d for cockfighting. Where’s the history of succulents, of cleansers, of knurl’d knobs, of typography? The j of Ajax shaped like a scimitar. Springtails (snow fleas) heap’d up like soot in a boot print, a jittery black pool. A interminable heap going nowhere. Spengler: “Everyone . . . sets himself to discover in the accidental present terms that he can expand into some striking progression-series, the existence of which rests not on scientific proof but on predilection.” Or:

I see, in
Place of that
Empty figment of

One linear history
Kept up only
By shutting one’s

Eyes to that
Overwhelming multitude of
Facts, the mighty

Strength up out
Of a soil-
Region, a vernacular

It defines and
Is defined by,
Each bound without

Boundary, each stamping
Its material-mettle
Into its own

So one tickles particulars out of a thing. Poetry is, to paraphrase Goethe, a deadly abstract, there’ll only ever be a poem and another poem. Execrable mustiness of all classifiers, dodge-works all of them. Thus one thinks, supine in dusk.

“Sometimes, in publishing a novel in serial form, one would leave out part of the work in order to get the newspaper-reading public to buy the book.” So Walter Benjamin, compiler (The Arcades Project). The leaving out, the swerve away, the refusal of the ornate, the hustle, the escutcheon. The lineage pursuit (indiffident) of opening a novel with the bark: “Great Scott Moncrieff!” (Gilbert Adair). Think of the sournesses one’s suck’d up in giant denatured fits to fit in, lineage-ruts for what? Somewhere in The Apes of God (longueurs and drowses notwithstanding, one continues unfocusedly reading it), Dan Boleyn, Horace Zagreus’s hand-pick’d successor-genius—Zagreus himself successor to the mysterious “god-like Pierpoint”—somewhere Dan does think: “‘sides of beef, erected Nordic males, advertisements for ladies’ underwear’—words of his master, that his master had got from his master,” only to—shortly thereafter—undergo an exchange with Zagreus regarding some essential readings (sample title: Varnish in June). Zagreus:

“You’ve got those haven’t you? I told Willie Servie to get them for you. It’s suffocating stuff to have to read. When Pierpoint first made me read them I almost mutinied. I couldn’t believe it was necessary. But I’ve never regretted it—it’s wonderful what you can get out of them!”
His eyes shone innocently with the glamour of a young postulant, at the thought of this discipline.

History of lineage, its meagre beakerfuls of false consciousness traded down amongst the gullible. Dan Boleyn caught “Mechanically . . . visiting the spots recently vacated by Zagreus, like a dog at successive lamp-posts.” Rebuke the heritage the dogs’ll thrust forth, they require successors to provide a sense of legitimacy, and “growth.” There is no “growth.” There is only the self-appoint’d lineage-mongerer (and ’s retinue): “unspiritual, unphilosophical, devoid of art, clannish to the point of brutality, aiming relentlessly at tangible successes . . .” What’s merely tenable is most likely devoid of necessity, filler to the age, padding its brute forgetfulness. What’s required is a gallimaufry of reserves against the deficiencies of the single jutting line, a stewpot and bedraggle, a potting about (broken-field running) through (against) the discourse “set,” a fit thrown against fitting. Spengler: “Pure Civilization, as a historical process, consists in a progressive taking-down of forms that have become inorganic or dead.” (Spengler’s civilization being that final moribundity, an inert stage and contemptuously complacent age, against which any revivifying cultural force must needs assert itself.)

Ah yes, the Monday morning shakedown when, lacking tangible ideas, fuzzy-head’d and rarin’ to go à la fois, one turns to the dubious joy (and necessity!) of polemic. 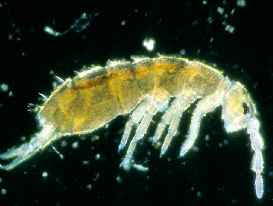