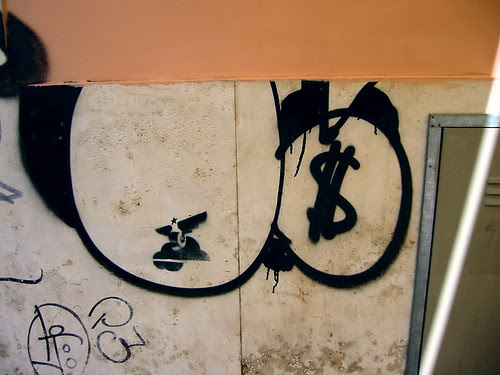 A Wall (Ball and Chain)

The raillery and flood of yesterday, done up out of the truculent lurch of composition after flipping through Virgil Thomson’s letters (one of my periodic bouts with the word’s insufficiency wherein I nose book after book like a pooch, and find no track recent enough, or consequential, to start the yipping)—that raillery wudn’t, or warn’t, intend’d. What struck me: how Thomson’d been one of the house guests at Morris Golde’s along with Frank O’Hara the weekend of the latter’s being “run over on the beach by a jeep.” (Thomson’s letter to Maurice Grosser reporting the incident, written the next day—July 25, 1966—is quoted in the Gooch biography of O’Hara, though the correspondent’s inexplicably identify’d as “Maurice Grosman.”) Thomson’s report, in a tiny letter “mostly . . . about disaster”—poet and novelist Hubert Creekmore’s death, the deaths of Paul Bowles’s parents—after referring to O’Hara’s “less than a 50-50 chance to live,” somewhat abruptly turns to the “hot weather in NY” and how Thomson “bought a 24-inch fan, which helps.” “It has 3 speeds. Also the weather is a bit better. End of disasters.” As if to defy, or deny, the odds.

Struck, too, by the animus evident in a 1973 Thomson reply “to a correspondent”—unidentified—who’d asked whether O’Hara’s “association with the art world had compromised his poetry” (according to a footnote—one wonders if the original query’d load’d itself so). Thomson:

I have long disapproved of American poets working for the Modern Art establishment, whether this is done as an employee of the Museum of Modern Art or as a contributor to any of the periodicals controlled by or connected with that museum.
I am aware that the modern movement in painting was launched in Paris and continuously supervised by poets. This includes almost every poet working there from Apollinaire through Gertrude Stein and the surrealists.
The practice was an informal one and the poets were informally, but more than adequately, recompensed by illustrations for their books and the gift of pictures.
The practice here is underpaid and overorganized.
As a result, the poets who advertise painting become very quickly a part of the Modern Art mafia.
I consider this situation beneath them and injurious to their intellectual integrity.
O’Hara is not the only poet in America who has got involved in what we know to be a name-and-price racket.
That is all I have to say on the subject.

In toto. And which besmudges (usefully, one’d think) the gold-tint’d picture one gets of the young institution hand in hand with the makers. (Somehow, I am thinking of James Schuyler’s letters, that sense of the ease, say, of dashing off a note about the latest Twombly hanging, and for a fiver!) More, though, I wonder how Thomson’d respond to today’s “name-and-price racket”—if one can apply such scurrilous terms to a particular institution—the Poetry Foundation—comprised of (I’m pretty certain) individuals of well-meaning intent.

The trouble with institutions. Though I am following the recent Harriet hubbubs with no little avidity, a part of me refuses the premise. Refuses the enforced big umbrella tendency of the tenants (Christian Bök, meet Daisy Fried, &c.). Refuses the idea of contractual obligations coming anywhere near the writing. Refuses institutional questionnaires and “retreats”—as if one ought to apply the methods of polling and consulting agencies (marketing) to the beast of poetry. (I note Brand Silliman—inveterate marketer—’s one of the first bulls out of the shoot with the questionnaire. Brand Silliman, meet Brand Poetry Foundation, &c. Brand is bullish on poetry.) Refuses any “infusion” (of money, talent, &c.) that is not makeshift and irreplicable. Thomson’s accusation of “overorganized” is apt. Refuses centralizing forces of all sorts. (How’d the Joycean trinity of arms one ought allow oneself go—“furtive, solitary, and unorganized”? Oh. “I will not serve that in which I no longer believe whether it call itself my home, my foundation or my church, and I will try to express myself in some mode of life or act as freely as I can and as wholly as I can, using for my defence the only arms I allow myself to use—silence, exile and cunning.”)

Off I went to see German violinist Christian Tetzlaff do a solo recital: pieces by Eugène Ysaÿe, a dandy (and devilishly virtuosic) “Sonata for Unaccompanied Violin” by Béla Bartók, Bach’s “Sonata No. 3 in C Major,” and a rumpus of Paganini caprices. Encore: the achingly sweet adagio movement out of the Bach A minor sonata. Tetzlaff is both humble and expert. Remind’d me—the lone music stand, the solitary spot, no clatter and pump and black shine of piano—something about the stripped down bravado of it all, remind’d me of a long story Baxter Hathaway, dying of emphysema, related to me. In perfectly form’d and lengthy sentences—I was writing the sentences down, every morning I would sit with him and write the autobiographical sentences down—sentences forced out between gulps for air—he related a story of getting a bird-call imitator to come perform at the high school in Kalamazoo. A bird-call imitator! How wonderful! Something of that in Tetzlaff. 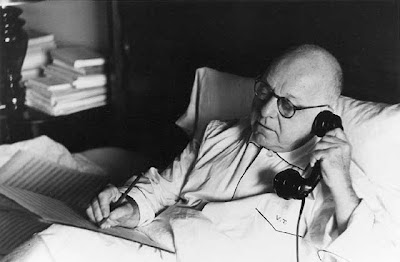