Equal to One’s Own 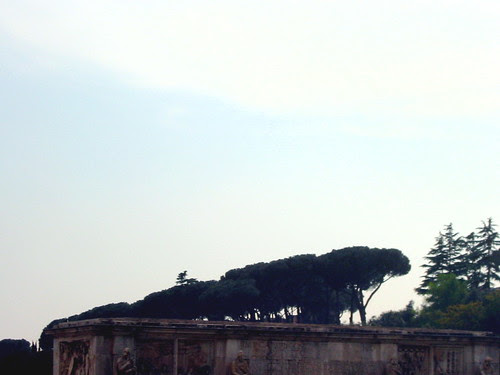 The ease of assent, yessing
Vacancy, out in the lots
With tires piled up here
And there. What is out
In the offing is always
Unconditional, proposing a disfigurement, like
Longing teetering against the boards,
Ready to become dread, anticipatory
Time running out into arrears.
Stuff’d with facts, what is
A fact coursing a route
One particular to another particular,
Or homing industriously, bent around
Against itself like a safety
Pin, capped off with something
Solder’d to it. The trees
In winter crosshatching the brunt
Of the lowering sky, eccentric,
Standing about in a grey
Periphery, scarf-circling a midpoint
Adamant with cluster’d ease. A
Contentment intervenes, a palpable now
Electric and immiscible and we
Do not know we’re there.

Disfiguringly cold. Reading Spengler, how mathematical-senses and language-senses determine perception. “The Apollonian soul had tried to tie down the meaning of things-become by means of the principle of visible limits; its taboo was focused upon the immediately-present and proximate alien. What was far away, invisible, was ipso facto ‘not there.’ The Greek and the Roman alike sacrificed to the gods of the place in which he happened to stay or reside; all other deities were outside the range of vision. Just as the Greek tongue—again and again we shall note the mighty symbolism of such language-phenomena—possessed no word for space, so the Greek himself was destitute of our feeling of landscape, horizons, outlooks, distances, clouds . . . Home, for Classical man, is what he can see from the citadel of his native town and no more. All that lay beyond the visual range of this political atom was alien, and hostile to boot; beyond that narrow range, fear set in at once, and hence the appalling bitterness with which these petty towns strove to destroy one another.” Entrancing, stirring, a miasma and welter, likely completely out of the wastrel fast currents of contemporary “thinking” in the whole trying-to-get-a-hoof-up shebang of disciplines, que sçais-je? Ça, as one says out here in the polis of nuthatch and shagbark and dog, m’est égal. 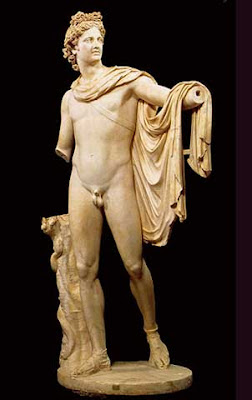 The Apollo of Belvedere