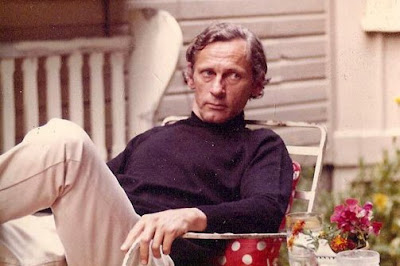 Final stray points d’intérêt rounded up out of The Letters of William Gaddis (indulging some gaffe of a procedural that leads my obligatory “notebook”-ing toward a perceived eventuality of use, that necessary and sufficient fiction). So be it. There’s the lovely phrase got out of Nietzsche’s Beyond Good and Evil (1886): “the melancholia of things completed.” Nietzsche:

It is too bad! Always the old story! When a man has finished building his house, he finds that he has learnt unawares something which he ought absolutely to have known before he—began to build. The eternal, fatal “Too late!” The melancholia of everything completed!—

And Gaddis (out of The Recognitions):

I look at the clean paper that I’m saving to write the finished score on, and then I look at the pile of . . . what I’ve been working on, and, well I can see it all right there, finished. And yet, well . . . you know I never read Nietzsche, but I did come across something he said somewhere, somewhere where he mentioned “the melancholia of things completed.” Do you . . . well that’s what he meant. I don’t know, but somehow you get used to living among palimpsests. Somehow that’s what happens, double and triple palimpsests pile up and you keep erasing, and altering, and adding, always trying to account for this accumulation, to order it, to locate every particle in its place in one whole . . .

Recalling a tiny barrage of stability’s refusals—say, Charles Olson’s “keep moving, keep in, speed, the nerves, their speed, the perceptions, theirs, the acts, the split second acts, the whole business, keep it moving as fast as you can, citizen” (“Projective Verse”) or A. R. Ammons’s “I don’t want shape: / I’ll have water muscles bending streams (recurrences of // curvature): wind sheets erect, traveling: lips accommodating / muscle glides: identity in me’s a black, clear bead: I’ve / strongboxed and sunk it, musseled and barnacled with lock, // but it’s breathing in there, a dumb eager little botch” or—later, with a sense of death’s dopey finality—“crush a bug and the universe goes hollow / with hereafter” (Sphere: The Form of a Motion).

And here The woods decay, the woods decay and fall, / The vapours weep their burthen to the ground, / Man comes and tills the field and lies beneath, / And after many a summer dies the swan . . . literally, literally; & did I ever mention that a ½ century ago I changed my middle name on Harvard’s transcripts from ‘Thomas’ to ‘Tithonus’ there conjuring the day when through Eos’ intervention I’d secure immortality forgetting, in our lust, to stipulate eternal youth, until the day comes round (Here at the quiet limit of the world) when, pitying, the Dawn to the rescue has him transformed into the grasshopper with its relentless immortal tdzzzk, tdzzzk, tdzzzk . . .

(Thus in Agapē Agape: “. . . where there is no present moment but only the next one being devoured in the immense maw of the past, where immortality finds its home at last, where the voice has dwindled to the dry scratch of a grasshopper . . .”) (Too, there’s the implacable dry scratch of Gaddis’s humor: I think of a remark regarding a somewhat unlavish room in Rome, that its simplicity’d nevertheless “provide refuge from that operatic people while we sample their remains . . .”)

Out of a 12 April 1981 letter to William H. Gass, regarding Carpenter’s Gothic (1985), a book Gaddis calls (in a later letter) “a willed book”—“unlike its predecessors which, in Samuel Butler’s phrase,* ‘demanded to be written’”:

I should also note I really am working on the book, the ‘romance’ (nothing I think that can be accused as ‘experimental’ here!), came back a few days ago from Mexico with 50 clean first draft pages so it is not all hornswoggle (though it may turn out to be about hornswoggle) . . .

. . . pianos nobody can play and millions of piano rolls left in the dust while their splendid phantom hands are pushed further from reach by the gramophone and finally paralyzed by the radio teaching birds to sing birdsongs O God, O God, O God, Chi m’a tolto a me stesso that’s Michelangelo, that's from my book, Ch’a me fusse più presso O più di me potessi that’s in my book, who has taken from me that self who could do more, and what is your book about Mister Joyce? It’s not about something Madam, it is something and goodbye to that hidden talent, those ghostly fingers hard as petrified wood . . .

is marvelously illustrated here I think & especially as it comes together at the end as we know it must, speaking of the ‘nonfiction’ novel if we must but why must we, except that concept does embrace the American writer’s historic obsession getting the facts down clear (from “tells me more about whales than I really want to know” to Dreiser tapemeasuring Clyde’s cell at Sing Sing, or Jack London’s “Give me the fact, man, the irrefragable fact!”) & again one marvels at what you’ve marshaled in this impressive piece of work.

Pertinent, too: William Carlos Williams’s lines out of Spring and All (1923):

Nature is the hint to composition not because it is familiar to us and therefore the terms we apply to it have a least common denominator quality which gives them currency—but because it possesses the quality of independent existence, of reality which we feel in ourselves. It is not opposed to art but apposed to it.

the mistake in it (though we forget that it is not S. speaking but an imaginative character of his) is to have believed that the reflection of nature is nature. It is not. It is only a sham nature, a “lie.”

Of course S. is the most conspicuous example desirable of the falseness of this very thing.

He holds no mirror up to nature but with his imagination rivals nature’s composition with his own.

Williams’s essay “A Point for American Criticism” is included in the 1929 Beckett-edited Our Exagmination Round his Factification for Incamination (wherein Beckett’s “Dante . . . Bruno . Vico . . Joyce” is printed). No sign that Beckett read Williams’s 1923 Spring and All.

* Out of The Notebooks of Samuel Butler (under the rubric “My Books”):

I never make them: they grow; they come to me and insist on being written, and on being such and such. I did not want to write Erewhon, I wanted to go on painting and found it an abominable nuisance being dragged willy-nilly into writing it. So with all my books—the subjects were never of my own choosing; they pressed themselves upon me with more force than I could resist. If I had not liked the subjects I should have kicked, and nothing would have got me to do them at all. As I did like the subjects and the books came and said they were to be written, I grumbled a little and wrote them.