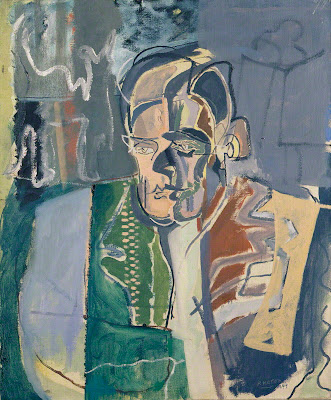 “Where is the summer, the unimaginable / Zero summer?” T. S. Eliot, out of “Little Gidding.” Something implacably dogged in the proceedings of late. Dog barking like crazy and pawing uselessly at the air. Dog at the end of a chain tethered to the fraught and inconceivable earth. Slouch hellhound of the dunghill—“with wide Cerberean mouths.” Roland Barthes (Writing Degree Zero):

Hébert, the revolutionary, never began a number of his news-sheet Le Père Duchêne without introducing a sprinkling of obscenities. These improprieties had no real meaning, but they had significance. In what way? In that they expressed a whole revolutionary situation. Now here is an example of a mode of writing whose function is no longer only communication or expression, but the imposition of something beyond language, which is both History and the stand we take in it . . .

The snarl of mere presence: “You are not here to verify, / Instruct yourself, or inform curiosity / Or carry report.”

Solace of a sort. (Is it solace, or merely a focusing, a brief realia of means bursting out of the usual inchoate, a pre-imago romp and borrowing?) Out of Tomas Tranströmer’s “Baltics” (“Östersjöar”):

July 30th. The strait has become eccentric—swarming with jellyfish today for the first time in years, they pump themselves forward calmly and patiently, they belong to the same line: Aurelia, they drift like flowers after a sea burial, if you take them out of the water their entire form vanishes, as when an indescribable truth is lifted out of silence and formulated into an inert mass, but they are untranslatable, they must stay in their own element.

August 2nd. Something wants to be said, but the words don’t agree.
Something which can’t be said,
aphasia,
there are no words, but perhaps a style . . .

You can wake up in the small hours
jot down a few words
on the nearest paper, a newsprint margin
(the words radiate meaning!)
but in the morning: the same words now say nothing, scrawls, slips of the tongue.
Or fragments of the high nocturnal style that drew past?

Bullhead. The fish who is a toad who wanted to become a butterfly and succeeded a third of the way, hides himself in the seaweed but is drawn up in the nets, hooked fast by his pathetic spikes and warts—when you disentangle it from the meshes your hands gleam with slime.

Rockface. Out on the sun-warmed lichens the insects scurry, they’re in a rush like second hands—the pine throws a shadow, it moves slowly like an hour hand—inside me time stands still, an infinity of time, the time required to forget all languages and to invent perpetuum mobile.

Recalling—is it?—“. . . And time yet for a hundred indecisions, / And for a hundred visions and revisions . . .” Or: “What seas what shores what grey rocks and what islands / What water lapping the bow / And scent of pine and the woodthrush singing through the fog . . .” Out of Eliot’s “Marina”—with its querulous epigraph “Quis hic locus, quae regio, quae mundi plaga?”—and its solacing incantatory brief: