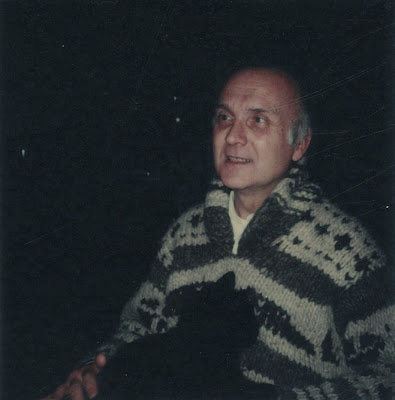 When I’m writing a poem, I no longer have access to the meaning of a word. I use the OED not because I think I can give the word a history or because I can get to a root meaning, but because the OED provides me with a story—an immediate sort of material right there. If I were thinking, I’d be thinking about the definitions and meanings, and that’s the last thing I want to do. My poetry is filled with talk about boundaries, and especially intriguing to me is that the universe has only the boundaries that we imagine and so we’re constantly imagining other boundaries.
I think of a poem as taking place on the ground of language, which is a pure creative ground. We don’t make up language ourselves, and we don’t think it. The OED snaps me out of what a word does mean. It gives me reference all the way across to the word as it actually exists in a communal sense, and I work with words thinking of them as communal, not expressing something in me. It’s like the absorption of a child building with blocks. He’s not thinking; he’s building architectures.

When I translate one of your poems and I come across words I do not understand, I always guess at their meanings. I am inevitably right. A really perfect poem (no one yet has written one) could be perfectly translated by a person who did not know one word of the language it was written in. A really perfect poem has an infinitely small vocabulary.
It is very difficult. We want to transfer the immediate object, the immediate emotion to the poem—and yet the immediate always has hundreds of its own words clinging to it, short-lived and tenacious as barnacles. And it is wrong to scrape them off and substitute others. A poet is a time mechanic not an embalmer . . .
Most of my friends like words too well. They set them under the blinding light of the poem and try to extract every possible connotation from each of them, every temporary pun, every direct or indirect connection—as if a word could become an object by mere addition of consequences. Others pick up words from the streets, from their bars, from their offices and display them proudly in their poems as if they were shouting, “See what I have collected from the American language. Look at my butterflies, my stamps, my old shoes!”

Gilbert Sorrentino, out of “The Act of Creation and Its Artifact” (Something Said, [1984]), opening with Walter Benjamin’s line out of “The Task of the Translator”: “No poem is intended for the reader, no picture for the beholder, no symphony for the listener . . .”

Eliot, in “The Use of Poetry and the Use of Criticism,” writes: “What a poem means is as much what it means to others as what it means to the author; and indeed, in the course of time a poet may become merely a reader in respect to his own works, forgetting his original meaning—or without forgetting, merely changing.” There is a story told of the late Jack Spicer, reading proofs of one of his books with friends, who pointed out to him that one of the poems in the book was exactly—word for word and line for line—the same as another poem in the book. To which Spicer replied that the poem had to stay because it was written at a different time and was, therefore, a different poem. This is only truly understandable in light of Jack Spicer’s practice of writing poems by the process of what he called “dictation” . . . We may go back to the middle of the twelfth century, and discover Marcabru, the Provençal troubadour, writing:

I’ll take him on as critic,
who’ll call the meaning in my song,
of each word,
who’s analytic, who
can see the structure of the vers unfold.
I know it’ll sound absurd, but
I’m often doubtful and go wrong myself
in the explication of an obscure word,
for I myself have trouble
clearing up obscure passages.*

I don’t have the experience of thinking when I’m writing poetry. Certainly I don’t feel the poem as a problem, for instance, that I’m trying to find the solution for. The experience I have in a poem is very much as if my brain were dancing, not thinking. Right now I’m trying to think what thinking is and something very different happens than when we were talking before and going along with meanings and ideas . . .

William Carlos Williams, out of the “Prologue” to Kora in Hell: Improvisations (1920):

Although it is a quality of the imagination that it seeks to place together those things which have a common relationship, yet the coining of similes is a pastime of very low order, depending as it does upon a nearly vegetable coincidence. Much more keen is that power which discovers in things those inimitable particles of dissimilarity to all other things which are the peculiar perfections of the thing in question.
But this loose linking of one thing with another has effects of a destructive power little to be guessed at: all manner of things are thrown out of key so that it approaches the impossible to arrive at an understanding of anything. All is confusion, yet, it comes from a hidden desire for the dance, a lust of the imagination, a will to accord two instruments in a duet . . .

* Referring, seemingly, to the opening lines of Marcabru’s “Per savi teing ses doptanza”:

(“I unhesitatingly consider wise the man who can divine in my song what each word means, as the theme unfolds, for I myself have difficulty in clarifying obscure speech.”) Subsequent lines point to the childishness (“sen d’enfanza”) of troubadours who “deliberately interweave words with fragmentation” (“fan los moz per esmanza / entrebescaz de fraitura”). Pertinent, too: lines out of the Marcabru fragment “[Co]ntra [l’i]vern que s’e[n]ansa”—