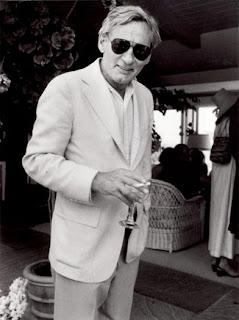 Sopping in the library. Saw a break in the morning’s downpour and bicycled out into it, zippered into my somewhat mediocre (and dated) gear. Only to be caught in a furious pluvial onslaught, raindrops piercing the tender and insufficient yellow “repellant.” So, wet, nigh amniotically so. Nothing for it: the plain air—neither “fustian” nor “maudlin” (a variant of “Magdalene” deriving out of Mary of Magdala’s copious weeping?) in itself, though one likes to believe it—the air—liable to cotton to one’s own particular disaster—is working with dignified speed to dry the “very Garb and outward Dress of a contrite Heart . . .” Caroline Knox, out of “Where” (Flemish, 2013):

. . . Rustic solutions abound, but so do cavalier judgments.
The Homestead Act should not be confused with the Volstead Act.
Using the language (exclusively) of an arcane discipline to describe life as tolerable
bores everyone, at all times, and eventually reveals a latent maudlin.

Sensible people close with astringent concern
deeply immured in which is a kind of daring
exemplified by women who put raspberries in their hats
(as it were migrants, which they are) not bothering what people will think.

I love the hint of sass in the finicky precision of that.

Still fervently reading The Letters of William Gaddis. Other proposed titles for The Recognitions (1955): “Vigils of the Dead and / or The Origin of Design.” Gaddis, out of a 28 November 1950 letter to mother Edith Gaddis:

Lava from Mt Etna, I understand, is flowing at the rate of 120 feet a minute; the United States Atlantic seaboard under 26 feet of water; and the Belgian coast under the heaviest fog in its history. Aside from these prodigies of nature—including a wind of 120 miles an hour on top of Mt Washington in New Hampshire (though what anyone is doing up there I haven’t figured out)—we have such ingenuous contributions of human origin as the Long Island Railroad, and the little girl with the sunflower growing in her lungs. Fortunately the Pope has proclaimed the dogma of the Assumption, so I suppose there’s really nothing to worry about. (They say that the bubonic plague has re-appeared in north-Africa.)
In times like these, a small person returns to his own pitifully limited means of accomplishing disaster; and the best one can accomplish is lampshades of human skin, or soap made of human bones. Recalling the crucifix at Burgos (in the north of Spain), where for many centuries it was believed that the Figure was made of human skin, though eventually someone proved it to be buffalo hide. There was also, somewhere in the annals of the entertainment world, a mermaid presented as sideshows fashioned for the upper half of a monkey and the lower end of a codfish. Bringing us back to the world of Freddie’s Football Dogs, and the play The Deserter (presented in London in the late 19th century) entirely acted by animals.
Material, one might say, for a novel.

Blackly humorous skepticism put up against a kind of wonder at the sheer variety of human foible. Editor Steven Moore’s excellent notes routinely point back into Gaddis’s novels. So, in The Recognitions one finds report of Reverend Gwyon in Spain amongst “people and relics, motion and collapse, the accumulation of time in walls” and of “that frantic Gothic demonstration at Burgos where Christ shown firmly nailed was once said to be fashioned from a stuffed human skin, but since had been passed as buffalo hide, a scarcer commodity, reminiscent, in his humor, of the mermaid composed from a monkey and a codfish. He collected things, each of a holy intention in isolation, but pagan in the variety of his choice.” And, some seven hundred pages along in the book, in Agnes Deigh’s careering and incantatory letter to Dr. Weisgall, one finds:

Too, in the Letters, Gaddis’s whimsical lyric outbursts tempered by a self-deprecating humor, and larded with quotes and mash-ups of quotes. In Paris, a 9 July 1949 letter to Edith Gaddis:

I have just dropped two suitcase keys out of my 7th-storey hotel window; and that trifle may go to illustrate pretty much how things have been going for the last weeks.
Many enough competences have attacked the sempiternal picture of ingrate children, sons and lovers. And here the son, moored high among a floating campanella, faëry bells that pass unattached, tangled among treetops, bleeding their sounds in drops over the green, through the light, indifferent calling signalling only the mariner who reasons to fear the shoals, we others reach out, call back answerless, until there and sudden is the white water and we know what they knew— Seated, as I say, on a level of treetops in an anonymous section of Paris, adding the days I have written you nothing (where the dark of the days and the hours reigned in glowing incautious confusion)
(new ribbon)
(“and that one”, said an old engineer, “has bananas in his head . . .”)
History being a temporal substitute for creation, I suppose we may best recline to chronology, to rely like the weak on arrangement, on the varicose strands of time. Conveniently with each day numbered, respectfully submitting to a larger number that Pope Gregory, forced to temporal attentions, restricted as a year, thinking perhaps that any christian concept of eternity merited science’s corresponding resolution to infinity, that was numbers. Or Evangeline, retching in the forest primeval —life is very long.
But no. Better, —It was roses, roses all the way, and never a sprig of yew . . . And better to go backwards; starting at last night.

Thence, a story of seeing a “ballet at the Paris Opera”—“because we need spectacles, because the only ones who afford the grand gesture today usually end up in the prison or the asylum, so well-conducted is our sterility, so well-rewarded our antisepsis . . .” veering off into some rather Eliotic-sounding lines out of Robert Browning’s “A Toccata of Galuppi’s” (1855):

(Well, and it was graceful of them, they’d break talk off and afford,
(She to touch her mask’s black velvet, he to finger at his sword,
(While you sat and played tocattas, stately at the clavichord . . .)

Gaddis: “Words drop, disappear, or shamefully retreat from our vocabularies.” And, at the letter’s end, a wonderful defense of such writerly hijinks:

. . . wiseness in what was called foolish expenditure becomes evident as the corners of the pattern begin to suggest themselves; that reason reached through unreason; and honesty through pretension.
to ask you to indulge the fore-going miasma of metaphor, the dearth of clean lines, the plethora of pretension; to find underneath what I try vainly to dig down to . . .