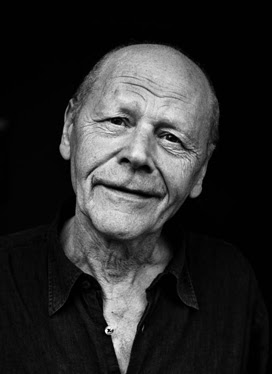 Out of André Maurois’s A Voyage to the Island of the Articoles, translated by Charlotte de Koch (Turtle Point, 2012):

The mysteries of art are respected exactly as the mysteries of religion are in other countries. The most celebrated playwright in Maïana is Pedro Sanzoni, whose plays are beautiful but so obscure that most Béos don’t understand them. They admire Sanzoni all the more for this. Thus it happened that we witnessed, during our stay in Maïana, an episode that, for us, came to symbolize the attitude of the Béos.
Sanzoni’s favorite actress, Noémi, was so passionate a performer that, directly she began to play any part, she fell into a sort of trance. To help her get into this nervous condition—which was necessary to her success—she required that her dresser put the name of the character she was going to play, rather than her own name, Noémi, on the door of her dressing room. On one of her first nights, the dresser having forgotten to change the name on the door, Noémi came on stage dressed and made up for a part that didn’t belong to the play. When the other actors heard her delivering the wrong lines, they tried to attract her attention and make her realize her mistake, but Noémi seemed not to notice them. Pedro Sanzoni, mortified, was about to jump on stage and stop the show, when, looking at the audience, he saw they were not in the least disturbed. He let his actors finish the act. The curtain fell to wild applause from the Béos, who were telling each other that Sanzoni had never written anything more daring.
The censorship of the Articoles was such that it forbade the publication of any accounts of this episode in the Gazette. The play was printed as it had been performed, with the incoherent part substituted for that of the original text, and Sanzoni gave it a new title, A Figure from Another World. It has since become a Maïanian classic. . . .

Out of Pierre Michon’s The Eleven, translated by Jody Gladding and Elizabeth Deshays (Archipelago, 2013):

This period, which is a kind of climax of History and which, consequently, is justly called the Terror, one late winter, one spring, and one early summer, from the snows of Nivôse to the hot hand of Thermidor, is made of tight knots impossible to untangle, short-lived enthusiasms, reversals, wild fluctuations more uncontrollable than a seismograph needle when a volcano erupts; or if you prefer animal life to geology, it is like a rabbit hole when the ferret is released, except that here, all are both ferret and rabbit for all the others. The brothers, accomplices in the killing of Capet le Père, the orphans who no longer slept after the father’s death, were killing one another through the increasing force of momentum, mechanically and machinelike—and that is why the great cutting machine located on the Place de la Révolution, the guillotine, is such a perfect emblem of that time, in our dreams as in reality. With the Royalists fallen, the Feuillants fallen, the Girondists fallen, there were no more truly divergent opinions within the triumphant Montagne; as Michelet said so clearly, as you read in the antechamber, the brothers, the killers, who were still trying to distinguish themselves from one another since distinction is in man’s nature, all the brothers could find to put between them was the distinction of death. These men have excuses, Sir, and deserve our admiration on more than one account: they slept three hours a night for four years, like sleepwalkers they worked for the happiness of humankind, they throbbed in the hands of the living God. All that, the single distinction of death, the terrible hand of the living God, the ferrets in the hole, you have read between the lines in the notes in the little antechamber, even if it is not written there in black and white; in black and white it is written that there were, broadly speaking, three clear-cut partis, the orthodox under Robespierre, the moderates under Danton, the extremists under Hébert, and it is written that Robespierre thought this, Danton thought that, Hébert thought something else again; but you, Sir, who will not be taken in, who can read between the lines, you have read and read clearly that, with only the slightest nuances, Robespierre, the good Danton, and the bad Hébert wanted the same thing, that is, a more or less just Republic and within that Republic, power, but that death in them (exhaustion and death, the living God and death) wanted the big knife of distinction. . . .

Out of Bruce Boone’s Century of Clouds (Nightboat, 2009):

Inseparable from this question of rhetoric is history, as our example of the Caribs has shown. One way of describing can be seen to triumph over another. And it’s not at all a question of keeping your hands clean—for anyone. Least of all for the historiographers, for the storytellers. How many of us whose function is to describe things have accepted such a characterization? Do we wish that our writing function could be free of its minatory qualities? Those holding the narrative office may accept its radical-negative implications only reluctantly. Each new description of things becomes a challenge to all the old ones, actively seeking to displace them, becoming new ways of seeing things. Contrary to the conventions then, writing is by nature a combative calling. New writings particularly are placed in opposition to old writings, and writings of groups newly coming to power contest vigorously the writings of the groups already in social dominance. But as a writing comes to be established, it comes to take on positive values. It sees itself as less contestatory than it actually is and it disavows its polemic origins. Its estimation of itself is as a maintainer of the status quo, and history comes to have less and less meaning for it. Time no longer seems to be change. The French social philosopher Guy Debord presents evidence of such a mentality in antiquity. ‘Those for whom irreversible time has ever existed,’ he asserts, ‘find in this same time both the memorable and the threat of oblivion: “Herodotus of Halicarnassus presents here the results of his investigations, in order that time not abolish the works of men . . .”’ What a disturbing mentality clothes itself in such sentences! Not to abolish the works of humankind—a strange way of putting it, I agree, a way of looking at things that would dissolve human conflict in human integration. . . .

Out of William Carlos Williams’s Spring and All (1923):

The value of the imagination to the writer consists in its ability to make words. Its unique power is to give created forms reality, actual existence
This separates
Writing is not a searching about in the daily experience for apt similes and pretty thoughts and images. I have experienced that to my sorrow. It is not a conscious recording of the day’s experiences “freshly and with the appearance of reality”—This sort of thing is seriously to the development of any ability in a man, it fastens him down, makes him a—It destroys, makes nature an accessory to the particular theory he is following, it blinds him to his world,—
The writer of imagination would find himself released from observing things for the purpose of writing them down later. He would be there to enjoy, to taste, to engage the free world, not a world which he carries like a bag of food, always fearful lest he drop something or someone get more than he.
A world detached from the necessity of recording it, sufficient to itself, removed from him (as it most certainly is) with which he has bitter and delicious relations and from which he is independent—moving at will from one thing to another—as he pleases, unbound—complete . . .