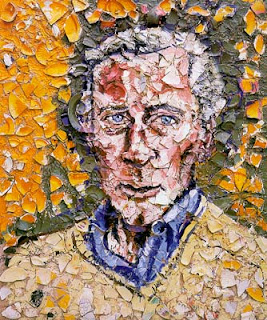 Reading—ardently, in a kind of voracious fury—The Letters of William Gaddis, edited by Steven Moore (Dalkey Archive, 2013). Gaddis in Madrid (letter of “[27 December 1948]”) plucking lines out of T. S. Eliot’s “East Coker”—“some of Eliot I had not read which is The Answer”:

“So here I am, in the middle way, having had twenty years—
Twenty years largely wasted, the years of l’entre deux guerres—
Trying to learn to use words, and every attempt
Is a wholly new start, and a different kind of failure
Because one has only learnt to get the better of words
For the thing one no longer has to say, or the way in which
One is no longer disposed to say it. And so each venture
Is a new beginning, a raid on the inarticulate
With shabby equipment always deteriorating
In the general mess of imprecision of feeling,
Undisciplined squads of emotion . . .”

(I recall Ben Lerner’s lines in Leaving the Atocha Station (2011) regarding the beauty of lines of poetry “quoted in prose . . . so that what was communicated was less a particular poem than the echo of poetic possibility.”) Or Gaddis in Panama City (letter of “[28 December 1947]”), writing of himself in the third person (“this old banana man”) and betraying an odd make-up of self-reliance, fury and vanity:

He has got a job with the canal, doing some kind of out-door work, something like helping overhaul a lock, whatever that is. I hope that you are not concerned that the fine education you gave me is producing nothing but a hemispherical bum, (let’s say vagabond, sounds nicer), and one who even in his better moments can at best push a wheelbarrow. (I must interrupt here and say that I would rather push a w-b- and have my mind to myself and be able to laugh when I want to or spit or quit than be standing agued and wet-footed in a 40$ a week publishing-house in my favourite city, wasting the only treasure l have, the English language, constantly being angry with things which are wasteful to be angry at, &c &c, you know.) [. . .] More often each day I am taken for something left here by a boat, which has cannily gone on without an undesirable member of its crew. Eventually I hope to send you my measurements and a portion of my earnings so that at your pleasure you can go to Brooks (I don’t believe that they do have my measurements, they may) and have them send me one of those natural-colour linen suits they are hoarding on the 2nd or 5th floor. They are around 35$, and I find I would have to pay at least that here, without even getting the Brooks Brothers label, instead a suavely pinched-in waist which passes for fashion among these vain people but isn’t quite what I have in mind as chic. And one might as well be chic if it is all the same price. And one might as well be chic if it is all the same price. Also it advances the chances of free meals, refreshments, and similar necessary vanities among the ‘set’ which I enter on occasion (occasion being the slightest hint of an invitation).

In a previous letter Gaddis, working on a novel called “Blague, French for ‘kidding’”—apparently an early attempt at what becomes The Recognitions (1955)—writes of “working hard at new novel—it is to concern vanity.” (To two different correspondents Gaddis suggests he’d like to see the German caricaturist George Grosz make drawings for the book—“he has the same preoccupation with nates that I do—grounds enough to ask him . . .”*) A subsequent title for the novel: “Ducdame, called ‘some people who were naked’” (the pertinent note reads “‘Ducdame’ is a nonsense word from Jaques’s song in Shakespeare’s As You Like It, which he facetiously defines as ‘a Greek invocation to call fools into a circle’”). Out of a letter (“[February or March 1948]”) to Charles Socarides:

All the time, every minute the thing grows in me, I “think of” (or remember) new facts of the novel—the Truth About the Past (alternate title). (The title is Ducdame, called ‘some people who were naked’). But this growing fiction fits so insanely well with facts of life that sometimes I can not stand it, must burst (as I am doing here). And then I ruin it by bad writing. Like trying to be clever—this perhaps because I am afraid to be sincere? But I watch myself ruin it. And then—because when I was writing in college I went so over board, now it must be reserved, understated, intimated. Or bad bits of writing just run on. Look: “There are few instances when we are not trying to control time; either frantically urging it on, or fearfully watching its winged chariot ragging by, spattering us with the mud that we call memory.” Isn’t that awful. You see, it just happened, was out of my control until the sentence reached the period. To be facile can kill what must be alive.
That’s why I hated Wolfe—that he cried out so. Because my point is, no crying out, no pity. We are alone, naked—and nakedness must choose between vulgarity and reason. Every one of us, responsible. Still those lines you quote (Wolfe) excite me horribly . . .**

In a prefatory note, Moore quotes Gaddis regarding the letters thus: “like many fledglings, my early letters were many times written with the vain notion of eventual publication & thus obviously much embarrassing nonsense; & of the later ones, those of substance will probably never be seen for equally fortunate if exactly different reasons.” Little “embarrassing nonsense” though. If a lengthy letter reporting an attempted disastrous drive down to Mexico City with a friend in a Cord convertible seem rather self-consciously “literary”—

And so the next morning (I say loosely, having no idea just what it was next after) we went down to the car. Since one of my suitcases had been stolen, there was more room for his luggage, and at this point it matters very little whether I appear shirtless and tieless in any of the capitols of the world. We fled. Have I said that it was still raining? If so, it was stark understatement. Driving through the bayous of Louisiana was like an experimental dive with William Beebe, and, except for the shimmering streams that poured through the crevices around the ‘convertible’ top, into our huddled laps, the Cord might have been a Bathysphere. Lonely cows on the highway appeared as splendid Barracuda and the dismally soaked Spanish moss luxuriant submarine vetch. Across one Huey Long bridge after another, until we stopped in a town called Houma, having taken a wrong turn so that we were headed blithely for the Gulf of Mexico. We ate, considered, reconsidered, and started again west, stopping at a gas station for water (as, I have neglected to say, we have been doing every score of miles since we left). There was a small dog, the black spots of his coat blending gently into the white with the aid of the automobile grease in which he slept, and eyebrows which curled distantly away from his unreasonable cheerful face. He joined the caravan, which set forth again into a downpour which would have made Sadie Thomson play the Wabash Blues until Pago Pago slid into the sea.

—it is, too, vigorous and amusing. And somehow reminiscent (avant la lettre) of the recurring idea in The Recognitionsthat “maybe we’re fished for”—that somebody in a larger celestial-sailing “craft” trawls overhead, its anchor catching against tombstones, we being creatures at the bottom of some “great celestial sea.” Gaddis: “Some people coming out of a church were surprised to see an anchor dangling by a rope from the sky, which caught in the tombstones, presently a man was seen descending with the object of detaching it, but as he reached the earth he died as we should if drowned in water . . .” What the cows become “splendid Barracuda” and the “Spanish moss luxuriant submarine vetch” recall . . .

. . . do you know of a German artist-illustrator named George Grosz? I know this is pretty excessive—he is well-known, brilliant &c (so this is rather between us, if it comes to naught, as it probably will)—but I have long liked his work, serious painting and cartooning—(he has done much satirical drawing on recent Germany)—but I want to try to get him to illustrate Blague. If only it could be done. His drawings would be exactly what I want for it—really want to complete it, as it were, besides obvious commercial advantages. He has written a book called A Little Yes and a Big No. It costs $7.50. If it could be managed, I should love to have it when I get back—and you would get a kick out of looking it over I know. If possible I want to show him my manuscript this summer (I think he lives in N.Y. now)—and try. . . .

** Editor Moore offers the conjecture in a note that “perhaps Socarides quoted those lines near the end of Look Homeward, Angel (1929): “Inevitable catharsis by the threads of chaos. Unswerving punctuality of chance. Apexical summation, from the billion deaths of possibility, of things done.” And notes that Gaddis “was so struck by the phrase ‘unswerving punctuality of chance’ that he used it in all five of his novels.” With varying degrees of irony and belief. Out of The Recognitions (1955):

In the next few months, various reports were received at home concerning the pastor’s sabbatical: rococo tales, adorned with every element but truth. It was not true that, to exercise the humility struck through him by this act of God (in later years he was heard to refer to the “unswerving punctuality of chance”), he had dressed himself in rags, rented three pitiful children, and was to be encountered daily by footloose tourists in a state of mendicant collapse before the Ritz hotel in Madrid; it was not true that he had stood the entire population of Málaga to drinks for three days and then conducted them on an experimental hike across the sea toward Africa, intending that the One he sought should manage it dry-shod . . .

—That’s just the papers, the story they put in the newspapers no, I mean one of those fine phrases that you, that doesn’t mean anything. The unswerving punctuality of chance, one of those.

. . . got to find my pencil don’t write it down I’ll lose it maybe already lost it might be under the, find that towel yes clean myself up before I no, good God look at it! How could, all going backward braced myself against that heap like a pillar of salt whole thing yes, the unswerving punctuality of chance, clock without the clockmaker perfectly simple in word and deed says Plato, God wouldn’t lie or change because he’s perfect so it’s God God God, virtue and beauty and no mad or senseless person can be God’s friend no . . .