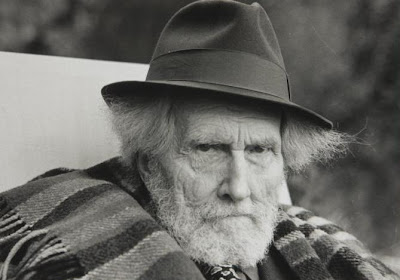 Indolence persisting, and joined—with the all the sweet officiousness of a camp meddler—by some grosser hebetude. The cardinal’s red redder than the rose’s red. (Stella d’oro lilies festoon the suburban embankments, “the yellow of their yellow” jangling in the closed bag of pre-thunderstorm light . . .) I like how William Gaddis, in A Frolic of His Own (1994), quotes a line apropos “the stage” out of a letter dated “[Between 6 and 12] September 1915”) Ezra Pound writes to James Joyce, calling it “A gross, coarse form of art . . . speaking to a thousand fools huddled together . . .” Pound, who’s just read Joyce’s Exiles:

My whole habit of thinking of the stage is: that it is a gross, coarse form of art. That a play speaks to a thousand fools huddled together, whereas a novel or a poem can lie about in a book and find the stray persons worth finding, one by one seriatim. (so here I am with a clavichord—beside me, which I cant afford, and cant reasonably play on . . . . here I am chucked out of the Quarterly Review for having contributed ithyphallic satirical verse to “BLAST” . . . . . .
and if I had written this letter last night (2 a.m.) just after finishing the “Portrait”, I should have addressed you “Cher Maitre”.
Now what would he want to write for the stage for
?  ?  ?  ?  ?
Can one appeal to the mass with anything requiring thought? Is there anything but the common basis of a very few general emotions out of which to build a play that shall be at once
A. a stage play
B. not common, not a botch.
There is no union in intellect, when we think we diverge, we explore, we go away.
When we feel we unite.

By the “untrammeled” roundabout of morning’s own instigating—fossicking the impacted verbal plunder—one arrives at some seemingly pertinent lines out of Pound’s 1933 note to The English Journal:

When Remy de Gourmont wrote me that a writer’s sole pleasure was the untrammeled expression of what he was thinking (“ce qu’il pense”) he used the present tense of the verb. He didn’t refer to something then writer HAD THOUGHT.
Nobody thought it wd. be a nice thing for the aged Theodore Roosevelt to charge up San Juan Hill yet again in 1914 to wrest Cuba from the Spaniards. Frobenius notes the same distinction between the tenses of the verb in the healthy stage of narrative production. His Africans talk about what the leopard and antelope are doing and saying NOW, not what they did or said in the time of Aesop. They call the Aesop, “school book exercise.”

“The aim of the Mercure has been to permit any man who is worth it, to write down his thought frankly—this is a writer’s sole pleasure. And this aim should be yours.”

Pound here burying the doing—the divergent exploratory push of thinking—in the dud closure of “thought.” (Pound’s Frobenius recalls Fenellosa’s warning against English grammar’s tendency toward durcissement, its “lazy satisfaction with nouns and adjectives, and subsequent loss of “the verbal undertone of every noun.”)

“A novel or a poem can lie about in a book and find the stray persons worth finding, one by one seriatim . . .” That placid lack of the exhortatory, the breakneck, the clamorous, I like it. Like Gertrude Stein in “Introducing” (out of the 1928 Useful Knowledge):

(Recalling—the way recalling makes a perpetuum mobile of itself, sliding along the fatty grease of its own making—the glibly defiant particulars of Ron Padgett’s “Tone Arm” opening—“You people of the future / How I hate you / You are alive and I’m not / I don’t care whether you read my poetry or not . . .”—and Ted Berrigan’s sassy taunt of a reply—“People of the future / while you are reading these poems, remember / you didn’t write them, / I did.”)
Posted by John Latta at 7:08 AM