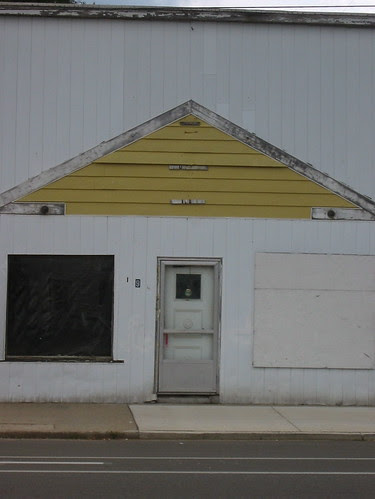 Cold, twenty-two degrees. Rattling in in the pitch’d night I am thinking of Tom Clark’s terrific number “November”: “I will sleep / in my little cup.” Something Squirrel Nutkin perfect there. Sauf: it’s Ron Padgett’s “number,” and it’s call’d “December.” So goeth that loud-mouth’d drunk memory, so confidently wrong. Beckett: “The danger is in the neatness of identifications.” Such semi-savvy categorickal rot being “soothing, like the contemplation of a neatly folded ham sandwich.” He’s talking (1929) about Joyce’s “Work in Progress”: “Must we wring the neck of a certain system in order to stuff it into a contemporary pigeon-hole, or modify the dimensions of that pigeon-hole for the satisfaction of the analogymongers? Literary criticism is not book-keeping.” (One of the things we must needs keep reminding any who’d make a habit of such dull assignments.) Too, Beckett, says (“Dante... Bruno. Vico.. Joyce”):

And quotes a passage “at the end of Shaun’s pastoral” (“To stirr up love’s young fizz I tilt with the bridle’s cup champagne, dimming douce from her peepair of hideseeks tight squeezed on my snowybreasted and while my pearlies in their sparkling wisdom are nippling her bubblets I swear (and let you swear) by the bumper round of my poor old snaggletooth’s solidbowel I ne’re will prove I’m untrue to (theare!) your liking so long as my hole looks. Down.”): “When the sense is dancing, the words dance.” And: “The language is drunk. The very words tilted and effervescent.” (Somewhere along the line the “tight squeezed” of Beckett’s line becomes the tighter-squeezed “tightsqueezed,” “stirr” loses an “r,” and “snowybreasted” becomes the bristlier and bustier and burst “snowybrusted.”) Beckett’s “writing is not about something; it is that something itself” though, isn’t that comparable to the gist of William Carlos Williams’s claim in Spring and All (print’d by Robert McAlmon’s Contact in Paris in 1923, edition of roughly 300 copies—in 1923 Beckett is entering Trinity College, Dublin):

Now at last that process of miraculous verisimilitude, that great copying which evolution has followed, repeating move for move every move that it made in the past—is approaching the end.
Suddenly it is at an end. the world is new.

Or Williams’s roarings against “the falseness of attempting to ‘copy’ nature” and how “poetry has to do with . . . the perfection of new forms as additions to nature.” The book, Our Exagmination Round His Factification for Incamination of Work in Progress, that Beckett’s “Dante... Bruno. Vico.. Joyce” appear’d in includes, certes essays by both McAlmon (“good comedy, clowning, pantomime, nonsense, slapstick, drollery, does not appeal to the sense of humour by explanation, but by gesture . . . Prose too can possess the gesticulative quality . . .”) and Williams (wherein he mostly repudiates the sad “mould” of English criticism in the form of Rebecca West—“She fails to fit Joyce to it”—and sees Joyce’s “maim’d” words revivify’d, “freed to be understood again in an original, a fresh, delightful sense. . . . Plain . . . we see them.”) (Recalls Gertrude Stein’s 1934 reply to an audience member’s asking about the line “a rose is a rose is a rose is a rose”: “I think that in that line the rose is red for the first time in English poetry for a hundred years.” Posthumously publish’d.) Beckett’s asserting that the language in Finnegans Wake “is to be looked at” (in advance of “listened to”): recalls the story of Pound at St. Elizabeths—out of Fenollosa’s note that Chinese etymology “is constantly visible”—looking at Chinese characters, claiming to see the meaning of each by mere examination. (“Exagmination”: witness the hosannahs of muck clinging to the simplest Joycean outburst, “Allalivial, allalluvial.”) Ah November, or December, whatever—to sit in my little cup looking, just looking, at words. 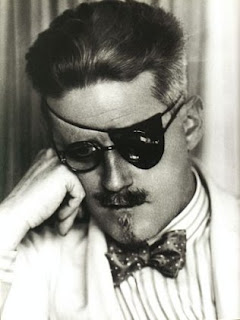