Low pressure bulge with a stingy rain and thunder growling through the night, making the dog uneasy. Quit by morning, or the muscular glowering that serves for morning. Endless clouds of Honfleur. Bicycling I spy a jilt’d hollow core door, paint’d white, and long to prop it between two sawhorses, two filing cabinets—a sought lazy expanse, a spaciousness. Cramp’d, surround’d by books stack’d up to my knees: my pinch’d-off lines, my niggardly feints. I am here for a day. Off tomorrow, points east. Gracq (out of Reading Writing): “What we want is literature that moves, seized at the very moment it still seems to be moving, just as we prefer a sketch by Corot or Delacroix to their finished paintings. What we no longer want is literature-as-monument, everything that felt the need to acquire and abide by the building permits of its age.” (Thinking of the pleasures of the mess, the half-ass’d, the smeary, the unfinish’d, the abandon’d. The neo-classicist Jacques-Louis David trying, in 1798, to paint the fidgety and impatient Napoleon. Opposing: Paul Valéry’s ostentatious remark: “If you knew what I threw out, you would admire what I keep.” That claptrap of the heroic—nigh saintly—insistence that one’s trials and errors afflict no ordinary man.) The attempt’d sketch, oddly enough, betrays the inaccuracy of the necessary gigantism of the dogged whole. Gracq:

In cartography, the unsolvable problem of projections arises from the impossibility of depicting a curved surface on a map without distorting it. On any fairly extensive map, a distortion will appear in relation to reality, either in the proportions between surfaces, or in the drawing of the contours. There is no remedy for this, but there is a palliative; provided the depicted surface is very small, just this side of a certain threshold of largeness, the distortion will be considered negligible.

Think how the will to the compleat mars the project of Ron Silliman’s The Alphabet. Silliman’s recourse—to make the enormous text of The Alphabet something partial (“of” the Universe)—betrays only the rigor of a dogmatist. Heaps of fragments, a pointillism of details: the analysis of any single particular of which serves to pinpoint the resultant extraneousness of the (merely) stubbornly assembled whole. (About what Gracq calls the “salubrious scouring agent” of “viciousness”—a misnomer—in the literary arena—the sharp jab, the retort: “literature . . . only endures and consolidates when beaten relentless by bitter humor, just as piers harden in salty water.”)

Of all punctuation signs, one is not exactly like the others: the colon. Neither wholly punctuation nor wholly conjunction, it has long posed a problem for me in writing. All the other signs, more or less, mark breaks in the rhythm or inflections in tone of voice; there is no sign except the colon that reading aloud cannot render acceptably. But in the colon another function lies in wait, an active function of elimination; it marks the place of a mini-breakdown in speech, a breakdown where a superfluous conjunction has disappeared life and limb in order to assure the two members of the sentence that it connected a more dynamic, seemingly electric contact: in the use of the colon there is always the trace of a small short-circuit. It also marks the beginning, within the connected discourses, of the transgression of the telegraphic style; a statistical study would no doubt reveal the scant use ancient writers made of it (how far back does it go, anyway?) as well as its growing frequency in modern texts. Any impatient style preoccupied with swiftness, any style that tends to explode intermediary links, is especially attached to it, as to a carburetor, peremptory and expeditious.

Burning off excess. The release of fiery phlogiston. Ardour’s fulmineous perseverance. The open road like a capacious and unladen table.

Back in a week or so. 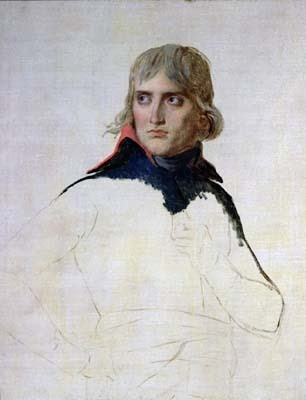