Stumbling block of a Friday. Tête de bois. (I just like saying that.) Ineffably, the perennial (nigh quotidian) stirrings of resistance. Dropping one tin-horn’d scratchy blaat after another into the gum-works of the console. What’s the use? The conglutinatory muck of words inescapable. A slurry of fragments yanking at the galoshes. Out of the Brenda Iijima-edit’d )((eco (lang)(uage(reader)) (Portable Press at Yo-Yo Labs / Nightboat Books, 2010), Jed Rasula interview’d by Evelyn Reilly:

I have a certain phobia about generic experience as such, probably stemming from the expression “watching TV” which spooked me as a kid, when I realized that for most people it really was watching television, rather than watching something specific, making a choice (“watching TV” meant no choice, submitting to whatever was on). I continue to feel wary in the same way about, say, reading poetry, as if it were all the same. In the ecology of elected habitats, it may be beneficial to write poetry, or read it, but I disapprove of the urge to be a poet, which for many is the driving force. This is a posture almost indistinguishable from “watching TV”—as in, first I’ll be a poet, then I’ll find out what kind of poetry I’ll write (or, again, read). As a defender of psychological diversity, I’d like to expunge the word “poet” from our vocabulary. Wouldn’t be wonderful to commend a piece of writing without the special pleading of genre marching alongside like the change of guards at Buckingham Palace?
This is why I’ve found it so expedient to draw on the literary theory of the German Romantics (the Jena group, especially Friedrich Schlegel), in which every venture in writing inaugurates its own species—the poem is at once an instance of poetry and “the poetry of poetry”: that is, the act that includes reflections on its nature as act—amounting to a kind of evolutionary continuum in which the possibilities for change are accommodated to the medium without necessarily being the raison d’être. From that prospect, there’s no need for “experimental “poetry because poetry is the name of an inevitable experiment in living.

And, bunch’d up (with cursory discourse intervening—sweet accident of reading’s trajectory) against—lines out of Julien Gracq’s “Writing” (out of Reading and Writing) A mash-up unpedigree’d (Schlegel’s “combinatorial quality of thinking”):

Why refuse to admit that writing is rarely attached to a fully autonomous impulse? You write first because others before you wrote, then, because you have already started writing: the question should really be asked of the first person to dare begin such a practice: which basically amounts to saying that it has no meaning. In this business, spontaneous imitation counts for a lot: no writers without insertion into an uninterrupted chain of writers. After school, which places the apprentice-writer in this chain and already makes him glide with authority over the rail of redaction, it is the fact of ceasing to write that actually merits contemplation.
The dramatization of the act of writing which has become spontaneous, like second nature to us, is a legacy of the nineteenth century. Neither the seventeenth nor, much less, the eighteenth have known it; a drama like Chatterton would have been incomprehensible then; no one ever woke up one fine morning saying: “I will be a writer,” as one might say, “I will be a priest.” The gradual and natural need for communication, as well as the intoxicating apprenticeship of language’s resistances, has in every one preceded and eclipsed the cult worship of the sign of election, the prerequisite of which specifically marks the advent of romanticism. Before that, no one ever used this strange, intransitive future tense that alone truly, and mistakenly, erects the writer’s work as an enigma: I will write.

Chain of Schlegel’s Athenæum fragment number’d 24: “Many works of the Ancients have become fragments. Many works of the Moderns are fragments the moment they are made.” And—checking the wording of numéro 24, one is accidentally suck’d into the brackish slough of numéro 23—a dandy place to urp up one’s bitters:

Much is printed that would have been better left simply said, and at times something is said that it would have been more appropriate to print. If the best ideas are those that are spoken and written spontaneously, then it might well be worth one’s while to check occasionally what parts of one’s talk could be written down and what part of one’s writing printed. Of course it’s presumptuous to have ideas during one’s lifetime, or to make them known. To write an entire work is much more humble, because such a work can only be put together out of other works, and because, if worst comes to worst, the idea can always take refuge, hide itself submissively in a corner, and let the subject matter itself take over. But ideas, individual ideas, are forced to have value in themselves and must lay claim to being original and having been thought out. The only thing that is to some extent consoling about this is that nothing can be more presumptuous than the mere fact of existence, or, even more, of existence in a particular, independent way. From this original basic presumption can deduce all the others, no matter how you look at it. 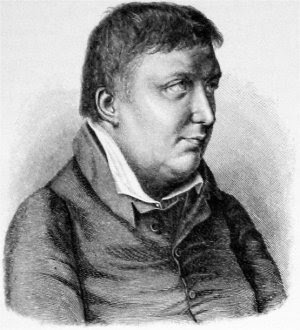