He says No! in thunder; but the Devil himself cannot make him say yes. For all men who say yes, lie; and all men who say no,—why, they are in the happy condition of judicious, unincumbered travellers in Europe; they cross the frontiers into Eternity with nothing but a carpet-bag,—that is to say, the Ego. Whereas those yes-gentry, they travel with heaps of baggage, and, damn them! they will never get through the Custom House.

Of naysaying’s undeniable sublimity. (Some hour or so of thorough recklessness consumed in trying to figure out what exactly Melville means by the one-half of a postscriptum reading: “If you pass Hepzibah’s cent-shop, buy me a Jim Crow (fresh) and send it to me by Ned Higgins.” What is, in that sentence, a “Jim Crow (fresh)”?) I am—it is apparent—merely jigging, doing a half-step with a quarter-turn in lieu of a fully-turn’d out onslaught / shindig. Peremptory shenanigans. Clockable willies. In the bum-category of “things Enrique Vila-Matas’s report’d”: that structuralist-era Roland Barthes says (in the 1970 “Par où commencer?”)—“among other pleasantries”—that “There is an operational malaise, a simple difficulty which corresponds to all rudiments: where to begin? In its practical guise with its gestural charm, we might say that this difficulty is the same which founded modern linguistics: suffocated initially by the heteroclite nature of human language, Saussure, to put an end to that oppression, which is in short that of the impossible beginning, decided to take a thread, a pertinence (that of meaning), and wind it. Thus a system of language was constructed.” (Recalling, the way a tumult will, the lines out of Bill Bathurst’s terrific “How to Continue”: “remember legal tender only affords temporal control of material goods & treat it like dogshit you scrape off your shoe”—meaning is only an urge (a will) to meaning, and thwart’d by the temporal. A word, a kind of “legal tender.”) Out of a jumble of impertinent (song’d, or arranged by low sunny syzygiacks, or sort’d by vowellish howls, a tumulus) irregulars, meaning itself declares itself a structure. (“All changed, changed utterly. . .”) One thinks of the opposing stricture of compleat and insalubrious release: lingual skittishness, its gadzooks histrionica, its gnat-swarm ploy—Hugo von Hofmannsthal’s Lord Chandos abandoning all literary doings:

Everything came to pieces, the pieces broke into more pieces, and nothing could be encompassed by one idea. Isolated words swam about me; they turned into eyes that stared at me and into which I had to stare back, dizzying whirlpools which spun around and around and led into the void.

That, the vortex of void-delirium, le néant put up against a rumbustious plenitude that shucks off any wordy impingement like a yellow slicker “does” the rain. The heartbreaking momentary clarity of things. Lord Chandos: “A watering can, a harrow left in a field, a dog in the sun, a shabby churchyard, a cripple, a small farmhouse—any of these can become the vessel of my revelation. Any of these things and the thousand similar ones past which the eye ordinarily glides with natural indifference can at any moment—which I am completely unable to elicit—suddenly take on for me a sublime and moving aura which words seem too weak to describe. Even an absent object, clearly imagined, can inexplicably be chosen to be filled to the brim with this smoothly but steeply rising tide of heavenly feeling.” Second thing (“Enrique Vila-Matas’s report’d”): that Schopenhauer (“Who’s afraid of Schopenhauer?”) says somewhere that “most people, instead of reading the best to have come out to different periods, limit themselves to reading the latest novelities, writers limit themselves to the current narrow circle of ideas, and the public sink ever deeper into their own mire.” And Valéry’s Monsieur Teste: “The more one writes, the less one thinks.” Bah. “The ugly beast doesn’t want to eat anymore . . .” See Stendhal’s Memoirs of an Egotist: “Have you ever seen, gentle reader, a silkworm that has eaten enough mulberry leaf? The comparison isn’t very dignified, but it is so apposite! The ugly beast doesn’t want to eat anymore, it needs to climb up and spin its silk prison. ¶ Such is the animal known as a ‘writer’.” And Bathurst: “risk drowning in the undertow of your own rhetoric . . .” 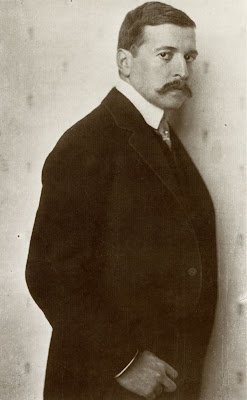