A Further and Instructive Development Concerning A Question Mark above the Sun: Documents on the Mystery Surrounding a Famous Poem “by” Frank O’Hara

On November 11th I sent the following email to David Lehman, David Shapiro, and Jordan Davis:

Don’t know if you’ll know the answer to this, or if you’ll care to respond, but thought I would try you with this question, an affirmative answer to which would be strong “forensic” evidence of O’Hara’s authorship of “A True Account.”

Towle argues at the link above that O’Hara would have had the typescripts of “A True Account” and early version of “Ode: Salute” with him already on return from the trip of previous week. But not sure that is the case, myself . . . He could have gone up to his office right away to type the poems on return, then gone back to his Royal to type the letter to Fondren . . .

Conversely (I guess I am asking two questions!), do any of you know if the typescript at link above matches any typescript by Koch, i.e., suggests the same machine? I’ve been wanting to look at Koch’s papers, but just haven’t had the opportunity to come to NYC. I’ve queried three or four O’Hara scholars on this, but no one has been able to provide answer. I also called to speak to Bill Berkson with intent of asking about this when he was with Dale Smith in Austin, but Berkson did not wish to talk.

Thank you if you can answer. I’m asking these questions in good faith. A Question Mark above the Sun, which is also offered in good faith, is now available, if you’d like to take a look.

To date, I have only heard back from Jordan Davis, who responded within minutes. A most instructive back and forth ensued. Since this is the first real exchange I have had with any of the people involved in the threats leveled against Punch Press and my book, allow me to give a recap of it, before making some more general remarks concerning the larger issues in play.

Davis began by requesting (copying his reply to Lehman and Shapiro) that I send him a copy of my recent book, A Question Mark above the Sun, and that in exchange, because “no good deed should go unpunished,” he would send me “printed materials” that I “would find interesting.” In context, the clear allusion was to “materials” relating to the authorship of “A True Account of Talking to the Sun at Fire Island.”

I replied that the first edition of the book was sold out, but that I would, in return for just a synopsis of these intriguing-sounding “materials” send him a PDF version of the volume. He replied (with no copy to Lehman and Shapiro this time) that he did not, alas, have these purported materials on hand and would have to retrieve and review them before getting back to me. I replied (adding copy to Lehman and Shapiro, thinking his omission of them was an innocent oversight, given that everything was going to everyone!) by asking him the following:

Can you tell me what you mean by “printed materials”? Are these manuscript materials or published materials? If the latter, are these recently published? Curious. Again, I’d like to have a description of some kind, which seems a reasonable thing to ask.

As my introduction says, the scales *are*, despite the strange circumstances, still tipped in favor of O’Hara, so I will not at all be surprised if proof emerges for his authorship of the poem! And I’ll be perfectly happy about it . . .

Davis then answered that he had sent the last email to me privately and that I was clearly being “tricksy” [sic] in copying to Lehman and Shapiro his last missive along with my reply. He said that for this reason he had no desire to “correspond further.” I replied:

My initial letter was to the three of you. When you wrote me back the first time about the “materials,” you CC’d everyone. So I assumed you had accidentally left them off your second reply? That’s why I then went and CC’d David L, and David S! I wasn’t trying to be “tricksy.”

Frankly, this is silly, and seems to indicate, precisely, a lack of good faith here on your part. All I’ve asked for in return for the full PDF of the book is a synopsis, some description of these materials you mention. Is that so unreasonable to ask? The person making the request, after all, is a person whom you’ve contributed to making the object of some threat, and over a book you have never seen.

I’ve been willing to talk about this all along. I’m still willing.

To this, Davis offered a curt, snide reply. I remarked that there was no basis for such intemperate behavior on his part and that such rapid change of attitude made his prior openness to sharing information seem disingenuous. He then replied with an insulting remark about my person.

If Davis should feel that I have misrepresented our exchange, I would ask him to provide permission to John Latta that it be published in full. Readers could make an unmediated judgment.

But here is the central point: From the start, my hypothesis concerning Kenneth Koch’s possible authorship of “A True Account of Talking to the Sun at Fire Island” has been put forward openly and in the spirit of inviting discussion and exchange. But since my deconstruction of Tony Towle’s latest intervention on the case at Isola di Rifiuti [here, his letter is contained in full inside my response], there has been only silence, accusation, and threat from a group of poets in NYC, who apparently feel such an idea constitutes a slander against Koch and an assault on O’Hara’s memory. They have taken this position without even having seen the book, where the hypothesis is fully presented. I have tried to explain why their stance amounts to a complete misunderstanding of the book’s spirit and offered on various occasions to discuss the matter in good-faith dialogue, privately or publicly. I have even said (and this is a point I clearly make in the book) that I am welcoming and even expectant of textual proof emerging any time in favor of O’Hara’s authorship of the poem. My point has been, and it seems a reasonable one to present, that until such time, the extraordinarily strange circumstances surrounding the poem are worthy of consideration, for they make for a case of reasonable doubt concerning its provenance.

I would ask people to review my initial letter to Lehman, Shapiro, and Davis. The questions asked there are sincere ones. They are awaiting answer, and I, for one, would welcome any information anyone might have. 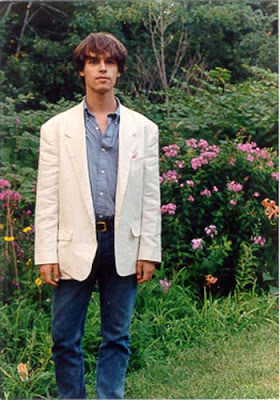