“He that gathereth togither nothing . . .”

“A Breeze in the Greenery”

He that continually wipeth the face to make it cleane,
may chafe of the ʃkinne and diʃfigure it more. Therefore
I may well like the man whiche at no time ceaʃeth too rebuke,
too a peʃtilente whilewinde, that gathereth togither nothing
but cloudes, and driues all the duʃt in the ʃtreetes on a heape;
or to a Rauen, whoʃe propertie is euer to ʃeaze vppon
carrion; or to the Sow, that is euer wrooting among
weedes.

Apparently, it’s the dog days of August at the Poetry Foundation. Yesterday the news desk clerk at the Lilly-swaddled word-emporium found it necessary to offer up a second notice concerning the “Silliman Comment Shutdown,” complete with testimonials (particularly moving: the express’d longing of one doyenne, that “all the intelligent, kind, well-read poets who care more about poetics than their own dicks, agendas & axes to grind had spoken up more”). Says Harriet: “a few are rankled, others nonplussed”—not for a minute, it seems, entertaining the possibility that Silliman’s closure is hardly newsworthy (though, naturally, vindicatory ammo in Harriet’s own saga of policing the comment “bullies” by forfeiting the social free-for-all of the commons). Or maybe it is newsworthy. Sign of a minor sea change, wind bellying out to fill a fat mainsail running (careering) forth, that of the newest elect of the unmark’d case.

Recall “Aesthetic Tendency and the Politics of Poetry,” the Social Text-print’d “group manifesto” of 1988, with its robust claim that “our work denies the centrality of the individual artist . . . The self as the central and final term of creative practice is being challenged and exploded in our writing.” Sign’d by Silliman, Carla Harryman, Lyn Hejinian, Steve Benson, Bob Perelman, and Barrett Watten. Marjorie Perloff hail’d it. “The demise of the transcendental ego, of the authentic self, of the poet as lonely genius, of a unique artistic style: these . . . are now taken as something of a given.” Chapter closed. Closed? Look for a moment at Silliman’s lingo of the solitary heroicks of one Ron Silliman in the piece he post’d to justify the comment box nix:

If I had missed the coverage of the Howl trial in the local media when I was 11, I had certainly seen the coverage of the various court cases of Lenny Bruce, so was hardly surprised when the San Francisco police in 1966 attempted to prosecute both Michael McClure’s The Beard & Lenore Kandel’s The Love Book for obscenity. Since a standard defense of any artwork from an obscenity prosecution in those days—a vestige of the Ulysses trial decades before—was the value of the art involved, I dropped a note to the San Francisco Chronicle suggesting that The Love Book represented an important opportunity to defend the right of a mediocre work to use the same four-letter words. Soon enough, I had the opportunity to watch Robert Duncan (whom, at that point, I barely knew) denounce my reactionary failure to recognize the “new language of love” that Kandel had pioneered, both at a large rally at San Francisco State & on KQED TV.

Young Silliman’s heroic literary acumen damning the dreary Love Book in advance of posterity itself! Quel mec! Later he’s “squirrelled” off “in the library’s poetry & rare book collections” tout seul reading Black Mountain Review with “Robert Creeley’s furious denunciations” of something or other, or (later) he’s “in the library where I read on microfilm the complete, unedited letters of Ezra Pound.” Not only heroic, a compleatist. Such is Silliman’s (perennial) saga. “Social text” is a rubric of limit’d utility in making self-myth, and nearly inutile in quashing dissent. (About Silliman’s post, too: one wonders if he is seriously identifying himself in the comment box complaint with, say, Pound’s quarrel with the U. S. government, or the way Ginsberg got hound’d out of Czechoslovakia post-Kraj Majales crowning?) One notes a flagging sense of proportion in the endless self-flattery . . .

The gods and goddesses, who attend to the spurious and foolish (and all the accompanying Narcissus-fuel’d antics)’d probably conclude Jessica Smith and Ron Silliman a match made at heaven’s gate, that glory-portal to exaggeration and deceit. (Like Dylan’s Desolation Row, nobody knows if the aim’s to enter or exit.) Smith, sounding the alarums: “poetry’s youth is being trampled, discouraged and undermined with a potential long-term detrimental effect on Poetry.” Or: “If a talented young poet like Massey is turned off of writing for even a few days or weeks as a result of being skewered by a few robotic-hearted cyberbullies, even that brief interlude is a loss for Poetry.” (Great wringing of hands, tearing out hair, &c. in a maenad frenzy for Poetry.) I suspect that high-mind’d rhetorical claptrap’s a direct descendent of Silliman’s own “tactical” excesses—just how many extravagant claims’s he made? (Something I entirely suspect’s a disservice particularly to younger poets, stymieing or stultifying one at some “minimal” point (de repère) rather than spurring one onwards.) Statements like Silliman’s “I routinely reject a half dozen comments every day that are sexist, homophobic or anti-Semitic. Moderating the comments stream at times makes me want to take a shower” smack of the kind of “unverifiable” governments routinely use to prop up security arguments. (Silliman’s odd brand of “govspeak” is evident, too, in awkward phrases like “gender rebalancing” and “the self-destructive credo of the poet-as-addict.”)

Kent Johnson’s complaint—that an archive of Silliman comment box public conversations, claims and counter-claims, goes missing (for now) in the “shutdown”—is perfectly right and justify’d. Surely a solution that doesn’t nail the archive’s doors shut indefinitely ought to be found. There’s something hardly bona fide about asking in guests (and publicly marveling at the numbers) and, rude ejecting done, so compleatly expunging any sign of the visits. There are (obviously) no comment boxes here at Isola di Rifiuti. I write publicly in order to write, to work out a daily regimen of attending to things (weather, scents, the odd verbal-succors of my mopishness, &c.), to make a record of what reading I do. I am hardly a social person. (The social bedlam of the networking gizmos registers naught here. I doubt that twit’d zingers and / or a marketeer’s gabble of one-upmanship a literature makes. I defriend’d my own smart-alecky self long ago.) My sense of audience is inchoate, larval, unsustain’d, shifting. I argue with what seems arguable or reprehensible (and I fully expect any counter-arguments’ll find a place without my assistance). I praise what pleases me. I am convinced that that “highly suspect activity” (Ashbery call’d it) of amusing oneself is, again, in terribly short supply, or, (as they say) “no longer valorized.” So it goes. 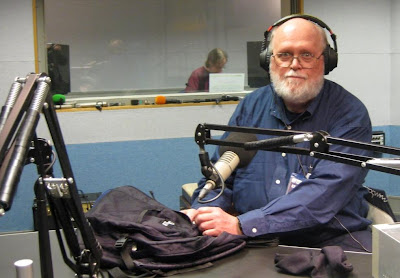