Roberto Bolaño again (Amulet): “. . . either time never stands still or it has always been standing still; so let’s say instead that a tremor disturbs the continuum of time, or that time plants its big feet wide apart, bends down, puts its head between its legs, looking at me upside down, one eye winking crazily just a few inches below its ass . . .” A tremor unleashing the whatness of the world’s sly ongoingness, its arbitrary brusque ahem. One goes off for a spell of slack-brain’d gapery, or slim readings of the book of nature—the lovely fringed gentian’s tiny-fang’d piercing blue, with cream in its throat, the Pitcher’s thistle stupefy’d sprawl of a “stance,” the ghostly corral of point’d cedar stumps angling out of the sparse grass-plait’d dunes—and comes back a cartoon, moveable, feisty, struggling to bend—with its stick-skinny arms—the black frame that contains him, jettison it and its ready continuum. There’s Walter Benjamin’s curious fragment of 1919:

The currently effective messianic elements of the work of art manifest themselves as its content; the retarding elements, as its form. Content makes its way toward us. Form holds back, permits us to approach. The retarding (formal) elements of music probably dwell in the memory, where listening forms an accumulation. In any case, art of every kind and every work of art contain something that causes perception to accumulate, and this is the essence of the artwork’s form.

Time itself become a (spurious) bag of containing, with its unstoppering button showing openly like a cat’s. And, too, in Bolaño’s Amulet (New Directions, 2006), translated by Chris Andrews, a fable (told by the Uruguayan Auxilio Lacouture, she who—in 1968—defend’d the autonomy (against the illegal occupying riot police) of the National Autonomous University of Mexico in the “last redoubt” of the women’s bathroom on the fourth floor of the Faculty of Philosophy and Literature—Amulet a reprise, expand’d, of a story out of The Savage Detectives) of the perennially “non-existent avant-garde,” any avant-garde’s being so sunk in the self-entrancement of its presumptuous singularity’s to see nothing other. Auxilio L., in the can:

. . . a special kind of silence prevailed, a silence that figures neither in musical nor in philosophical dictionaries, as if time were coming apart and flying off in different directions simultaneously, a pure time, neither verbal nor composed of gestures and actions. And then I saw myself and I saw the soldier who was staring entranced at his image in the mirror, our two faces embedded in a black rhombus or sunk in a lake, and a shiver ran down my spine, alas, because I knew that for the moment the laws of mathematics were protecting me, I knew that the tyrannical laws of the cosmos, which are opposed to the laws of poetry, were protecting me and that the soldier would stare entranced at his image in the mirror and I, in the singularity of my stall, would hear and imagine him, entranced in turn, and that our singularities, from that moment on, would be joined like the two faces of a terrible, fatal coin.

Put up against the story—and its antecedents, Auxilio L. recalls both the “chubby little guy,” one day “intent on pulling the rug out” under the establish’d poets, “or undermining the fertile field on which they were grazing like statues,” who’s now “become a greasy fat, obsequious man (as poets are prone to do)” and “the Peasant Poets, who were more and more comfortably ensconced in the administrative and literary bureaucracy (but what am I saying: they were lodged there, bolted down, deeply rooted from the very start)”—of another sort of “black rhombus,” another clamoring sort of non-existence, Auxilio Lacouture’s story (by way of José Emilio Pacheco):

. . . if Rubén Darío hadn’t died so young, before reaching the age of fifty, Huidobro would certainly have got to know him, much as Ezra Pound got to know W. B. Yeats. Imagine it: Huidobro working as Darío’s secretary. But the young poets were too young to be able to grasp how important the encounter between the old Yeats and the young Pound had been for poetry in English (and, in fact, for poetry all around the world), so they didn’t realize how important the hypothetical encounter and the potential friendship between Darío and Huidobro might have been; they had no sense of the range of missed opportunities for poetry in our language. Because Darío, I dare say, would have taught Huidobro a great deal, but Huidobro would also have taught Darío a thing or two. That’s how the relationship between master and disciple works: it is not only the disciple who learns. And since we’re speculating, I believe, and so did Pacheco (with an innocent enthusiasm that is one of his great qualities), that, of the two, Darío would have learned more; he would have been able to bring Hispanic modernism to a close and begin something new, not the avant-garde as such, but an island, say, between modernism and the avant-garde, what we might now call the non-existent island, an island of words that never were, and could only have come into being (granted that this were even possible) after the imaginary encounter between Darío and Huidobro; and Huidobro himself, after his fruitful encounter with Darío, would have been able to found an even more vigorous avant-garde, what we might name the non-existent avant-garde, which, had it existed, would have transformed us and changed our lives.

As if to ask, where’d la poesía norteamericana ’ve gone if, say, any of the self-satisfy’d bull-roarers (those stubborn and presumptuous singularities of the language –center’d writing set) demurred to a disciple’s secretariat with, say, A. R. Ammons, circa 1975? What range of miss’d lingual feats resides in the rabid clannish fealty that props the avant-garde stance?

There’s that (Monday morning mop-up), and the untongue’d days of late northern summer slowly slipping into the unsound’d swell. A several-hundred-yard lazy slosh out through knee-deep water to reach a depth amenable to one’s awkward crawl or high-bobbing breaststroke. The night lightning storms, the rain-pock’d sand, the tiny yellow pontoon’d aeroplane tow’d by a gigantic tug. The scolding pish-pish of the chickadees. The days of reading Faulkner’s 1957 The Town (continuing with the Snopeses), wondering if Faulkner’d perused Nabokov’s Lolita (a best-seller of sorts even in its 1955 Olympia Press edition, though its G.P. Putnam’s Sons American edition only appear’d in 1958) in the midst of writing it: see the sixteen-year-old Miss Linda Snopes, obsess’d of by the approaching-forty Gavin Stevens, her self-possession (“tall, like a heron out of a moil of frogs and tadpoles”), her diet of soda-fountain Cokes and sundaes (“monstrous synthetic paradoxes”), her girlish clumsy inviolability (“innocence is innocent not because it rejects but because it accepts; is innocent not because it is impervious and invulnerable to everything, but because it is capable of accepting anything and still remaining innocent.”) (Turns out, late in the volume, that one of the narrators, one V. K. Ratliff, is named Vladimir Kyrilytch something or other—“Not Ratliff.” A nod to the Russian? Peut-être. There’s, too, Elia Kazan’s 1956 Baby Doll, with Carroll Baker, screenplay by Tennessee Williams. Things in the air.) 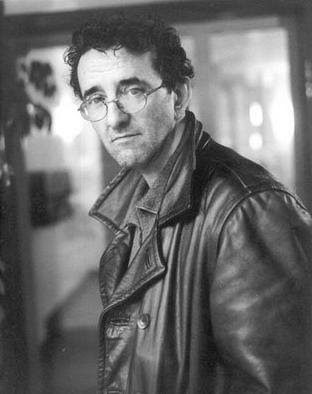