. . . the idea of technical progress has caused great confusion, especially among the young who imagine that they should take up where Picasso left off:

The fallacious idea that a painter ‘experiments’ is harmful to the simple-minded, who conceive painting to be a game in which one casts about in all directions in an effort to hit the jackpot. The only indication of an individual vision is an individual style:

It is also a mistake to imagine that such a thing as the stupid genius exists, or did at any time. Good painting is not produced by any unintelligent following of inspiration or temperament. Every genius is a great intelligence:

Of inspiration, spontaneity,
temperament, I know
nothing
—Degas

You may know a good painter by his habit of work: a good painter works constantly.
. . . everything written about art is profoundly unimportant; most of it, unfortunately, is also boring, except for the statements of a genius about his art, which always have interest because of his work. For this reason I may, I think, be excused the quotations. A last word from Degas: ‘Art is deceit’; and Van Gogh: ‘to be simply honest.’

And, writing under the pseudonym of James Mahon in the London quarterly X—edit’d by Swift and poet David Wright:

To-day it is not uncommon to hear art experts predict the next step in the history of painting. . . .
A common recent claim of this kind, for instance, has been that America has ‘taken the lead’ from Paris, or Europe simply, and that certain American painters are making the sort of pictures which shall determine the next direction the art of painting will take (though it must be noticed that it is a plain fact such pictures are also being made in Japan, Bulgaria, Chile, etc.) These claims nearly always deal in large numbers of painters at once under the cover of ‘movements’. Any one with a small knowledge of history must realise how far the number of great painters involved in these movements exceeds that of the richest period ever recorded.
A situation has occurred wherein a premium is put on any work qualifying for the term ‘progressive’.
. . . The whole machinery of organised culture—museums , institutes, councils, societies for the spread of culture, etc., all compete to produce and to patronize ‘modern and progressive’ art.
In fact we have now a new official art to the furtherance and protection of which the whole Establishment is committed. It is the new academicism and it is open to doubt whether in the end it is more amusing or desirable that the old.
It has traditionally been the position of the modern artist that he has found outside the world of official encouragement. His art was unconventional, disturbing, etc., and he was driven to work out his salvation alone and apart.

Those painters who to-day work under the banner or label of the Modern, the Progressive, can hardly accuse the public of not taking notice. They are the spoiled children (Baudelaire’s phrase in 1859 for the established) of a vast culture-loving audience. What they inherit is the enthusiasm which these people would have showered on the neglected masters had they but known, etc. Above all they inherit the developed taste for certain qualities in the art of painting. Particularly the appreciation of what everybody knows to be the sensual quality of paint. The phrase, alas, has not any obscene connotations, and the whole idea is thoroughly healthy, eminently acceptable in the suburbs.
The suburbs are also thoroughly familiar with the postulates of the New Art.

That’s 1959. Apply in dollops to the current “era” in la poesía norteamericana. (For “sensual quality of paint” read “materiality of the signifier”; for “New Art” read “post-avant” or “hybrid”; for “spoiled children” read “spoiled children.” Etc.) Regarding the kind of hand-wringing and nervousness regarding some supposed “succession” one sees in Ron Silliman’s recent fool’s romp through generational “meanings”: “If there were such a thing as a direct and simple progression from the work of one generation to the next the historical difficulty of the Progressive Artist could not exist.” Swift:

For to be contemporary is not necessarily to be part of any movement, to be included in the official representations of national and international art. History shows that it may well be the opposite. It may be that it is the odd, the personal, the curious, the simply honest, that at this moment, when everyone looks to the extreme and flamboyant, constitutes the most interesting manifestation of the spirit of art.

Shortly thereafter—in 1962—Swift settled in a small fishing village, Carvoeiro, in Portugal’s Algarve, where he remain’d painting (a single solo exhibit in Lisbon in 1974), dying in 1983.

Off out of the beloved hinterlands, and into some varying coastal ranges. Spit in the ocean, back in a week. 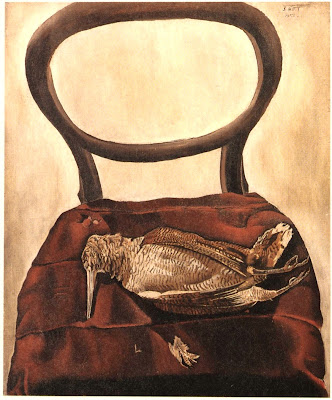 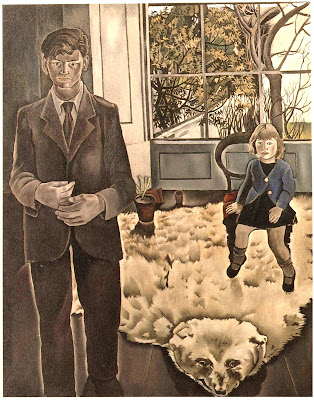 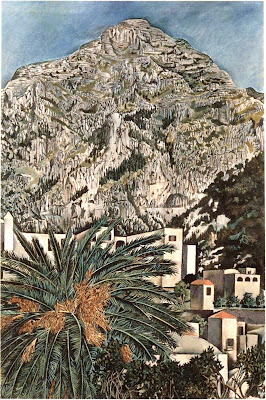 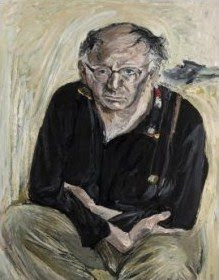 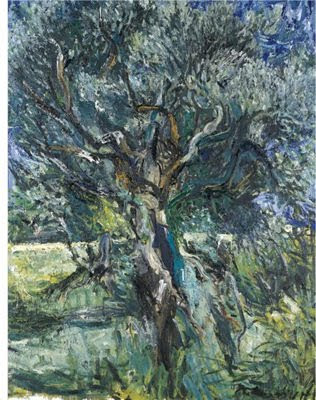 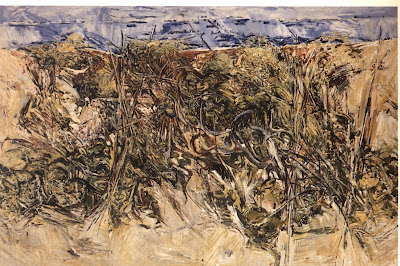 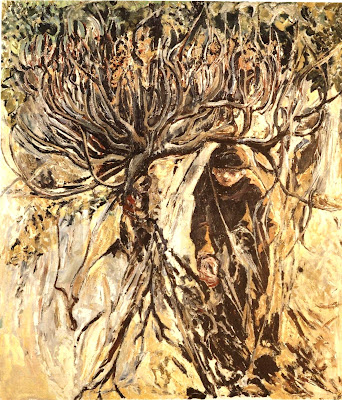 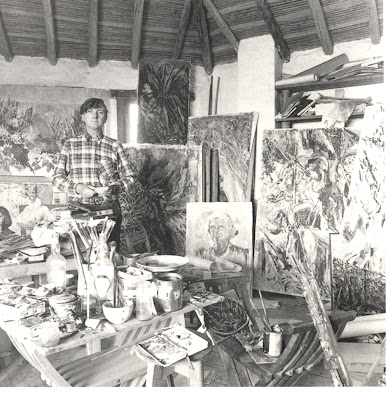