Life of Crime (I)

Some Cows (With Solitary Horse)

Out of the recently print’d Life of Crime: Documents in the Guerrilla War Against Language Poetry (Poltroon Press, 2010)—a collection curiously dubbed by Ron Silliman a thing apt “to re-open one of the most toxic & painful periods of recent literary history” (how the self-presuming dominant dog loves the pretense of closure—premature and rhetorical: cf. George W. Bush’s inanely lying “Mission Accomplished” banner aboard the aircraft carrier USS Abraham Lincoln seven bloody years back), a letter to editors Steve LaVoie and Pat Nolan by Andrei Codrescu:

Your LIFE OF CRIME newsletter is an idea whose time has come & gone & is here again—but not at the infantile level of the first issue. While I enjoyed Steven The Voice’s review of his own reading, containing as it did, some accurate reflections on the general uptight imbecility of the formalised poetry reading as practiced in San Francisco, the piece didn’t go nearly far enough. La Voie cheats, and what is wrong with his piece is, in fact, what is wrong with the poetry reading itself, i.e., it shortchanges reader & listener intelligence by not saying what reviewer / poet REALLY thinks. SLV must know, as everyone does by now (but will not say) that horrid petits-middle-class terrors have seized West Coast poets ever since the bunch of semi-bright Eastern college boys who read books on esthetics, have settled like heavy footnotes on the once curious Gold Coast. (Curiosity has been their first victim.) These bright boys, unable or unwilling to finish the educations which would have turned them into the academics they were always meant to be, invaded poetry from its most vulnerable side: audience fear. There is nothing an audience fears more than being thought of as ignorant. From that fear came a tolerance of boredom in levels so high they would have been unimaginable a few years ago. But like DDT & PCB’s we can take a lot more these days. A few years ago, the amount of boredom put out by a single member of the “language” group would have killed. Mr. --- --------** alone would have been a mass-murderer in 1973. In 1971 he is a nurse to little white babies in English 101. The funny thing is that all the academics who stayed behind and took their degrees are now latching on to their next-of-kin formalist pals whom they admire for their courage. (Yes, courage, is not taking daddy’s seat on the board.) With such resolute weapons on their side (i.e., fear of stupidity & academic appeal), the people who turned the SF poetry scene into such a dreary spectacle, could certainly use a dose of healthy banditry, gross clarity and a few calls of The-Wasps-have-No-Clothes, Gee-Someone-must-have-Taken-away-their-Charge-Cards! Unfortunately, the Black Bart Society appears to believe in co-existence the same way the Russians thought they could live with Hitler & other similar but less historical delusions. You are neck-deep in academic formalism, mes amis; it’s starting to go up to your mouth—if you don’t do something, poetry will be utterly colonised just like the newspaper. I suggest that your members split up into two societies: the Pink Bart Society, after the well-known la-vie-en-rose bandit I just made up, whose motto should be CUTENESS and the true BLACK BARTIANS who kick ass.

**Unpublished name are available only to members.

Codrescu’s note tails off—like many of the pieces found in the newsletters collect’d here—bountiful hijinx running out of steam. Though: the milieu present’d herein—druggy, of the moment, catty, messy, tending to high-spirit’d sophomoricks—is recognizably kin, unlike the tortured posturing of much of The Grand Piano enterprise, that dainty retrospect. The satirical lashings-out hit a range of writers: see some items out of a piece call’d “Ear Flashes,” uncover’d by “THE LAST ACTUALIST”:

Bolinas: Aram Saroyan has revealed that he will not publish a deathbed interview with his mother . . . opting instead to wait for her husband, [Walter] Matthau, to croak and thereby attract the mass market buyer . . . East Bay: North Point Press has announced they are REPRINTING the entire fall 1982 list of new releases by Albert Knopf as soon as they have been remaindered in Winter 1982 . . . it doesn’t look like they’ll be needing your manuscripts . . . Boulder: Allen Ginsberg is hurt with the bold portrayal by POETRY FLASH of him as a confused, self-serving, bogus hype . . . Northeast: Rumor has it that Ted Enslin has dropped a half-acre of big ones in his back yard for the paper pulp for his next sequence of lyrics . . . there may be enough for Lyn Lifshin, too . . . Hollywood: How about the smooth career-move for Mike Lally: a book of poems about New York called HOLLYWOOD MAGIC. Mike always had a nose for the next thing coming . . . his new address.

Occasionally, amidst the gaseous slinging of insult and invect, a poem (under the monicker, “PO-8 CLUB”), though here, too, the context’ll make for a ramp’d up satirical reading. Here’s one, Ted Berrigan’s “Jo-Mama”:

The St. Mark’s Poetry Project
is closed for the summer. But
all over the world, poets
are writing poems. Why?

A kind of wide-eyed innocent dog’s-view (and gentle sock at) the insipid pointlessness of all that earnest West Coast energy. If Ron Silliman points to “the reticence of the original editors at the idea of going forward with this project”—I wonder what he makes of Steve LaVoie’s note in the “Preface” that reads, in part:

My status as cofounder of the Black Bart Poetry Society would become a permanent component of my biography. Now, nearly three decades later, my life continues to reel from that lapse into ideological delusion, my literary reputation cast into morbid turpitude and social network a snarled nexus of severed connections, glances away and muffled snickers, swarming in a vacuous frazzle of alienation.

It may be that Silliman just can’t read. That, I’d wager, is writ under the same high-brio’d trio of “Marcel Duchamp, Tristan Tzara and Groucho Marx” that Pat Nolan mentions as “heroes” to “Steve Lavoie and me.” If LaVoie’s note continues with sober-sounding “That I have agreed to the republication of Life of Crime reflects my sincere hope that the suffering that came to me from its creation will serve as an important lesson to my younger contemporaries and to all well-meaning poets with a legacy to preserve” is mechanical crocodile tears, a mocking of jiǎntǎo (检讨), samokritika, the obligatory moral lesson (tongue jammed in cheek) at the close of the kangaroo court of self-criticism. Likely to continue. 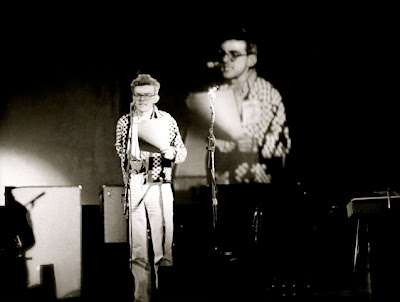