Clark Coolidge’s Mine: The One That Enters the Stories

I must tell you that in its entirety I cannot fill in the landscape of my own background. Great gulfs exist that I can plumb exactly with resonant pendula but cannot describe. Even the letters comprising my name seem to me divided by such gaps, each one at variance with the rest in its extent. Too, each letter is sounded differently, as if by different instruments, making up a klangfarbenmelodie. Each one of my works attempts to reproduce this nominal effect, but seen in such a glaring light they all must be taken as failures. Perhaps at the last I myself will more perfectly come to resemble my name.

Tilting, I am, a burnt rasher at that stew of incorruptibles, the stack of books. Coolidge, here—and, particularly, in lines out of the succeeding paragraph (“What shines more brilliantly than dogged failure in the annals of coincidence? To smoke a cigar in the darkened hallway, to be shot by a nervous cook”)—recalls Beckett (“A kind of petrified insight into one’s ultimate hard irreducible inorganic singleness”—he’s talking about the paintings of Jack Butler Yeats or Jean Antoine Watteau, or both (“JBY gets Watteauer & Watteauer” is what he tells Thomas McGreevy): “The way he puts down a man’s head & a woman’s head side by side, or face to face, is terrifying, two irreducible singlenesses & the impassable immensity between.” The gaps and impenetrables, Coolidge’s haunting: “Left to me it is all done excepting me. I must now go forth unerringly to the still point.” Or: “Get a tight shot of the man’s hand just as it is about to gasp the knob. Approach the wall with a neutral intensity of focus, as if all the world were a periphery.” (That hand returns in a later section: “His mind was not on, but his hand was on the throttle.”) A pervasive sense of “witlessness,” automatism, hubbub: “Music had not yet been invented. Speech was felt to be the final solution.”

So I begin at the beginning and find—two sentences into the trees: “Lots of what you read seems to go to make up one big anonymous voice, it’s not really that you just can’t remember exactly who said anything. Something in writing makes me want to get up, avoid, and walk around to no purpose. Perhaps this will be a big book of very little definition.” And, soonest: “as Beckett says”—imploring my intuit. Though, in a wash of explicits, there’s Joyce evoked, too: “The time it takes for things set together to adhere.” And Kerouac (Coolidge still troubling the “site”—comme on dit—of the writing): “Did he keep stopping, and then did he pace? Or did he run it all off quick spontaneous as Kerouac says in a sluice. The muffin jars . . . I have to remember to listen slowly to my lines or pay the price of thinking them wrong.” What begins to accrue: how different Coolidge’s mayhem compared to the plod-predetermined eyeballing (more Ishmael Reed’s “reckless eyeballing,” say, than Emerson’s “all mean egotism vanishes. I become a transparent eye-ball. I am nothing”) of Ron Silliman’s The Alphabet, that sense of a sensory apparatus collecting debris to fill in the blanks:

Rising after a long sleep, the terrible weight of the body causes the roughly 50 bones of each foot to settle, snapping and popping as they shift into place. Any single story house is more expensive to build, requiring as it does a maximum of foundation per square foot of living space. Ranch style flows white over the pale leaves of old lettuce. Traffic lights blinking signal a malfunction.

Optical dimultiplexer divides data packets via nonlinear loop mirror: minimize connotations per word. To ride a giant seahorse is to render the physical world by desire.

Incorporate your weekend home as a nonprofit. Catfood for catfish (they swarm to the surface, competing for each bite). Small, red berry clusters of Jack-in-the-pulpit line the walk.

Somewhere—on television—one sees daylight. A full night of holding these quilts aloft over my body, a night of sheer effort. FedEx it. Modem moans when you shut it off.

Curb appeal. I stand under the awning, arms akimbo, in the rain but not of it. The blue route. Geese against the gray sky. Fed exit.

That, randomly, out of “You.” How direct—beyond the methodical scattershot (to thwart syllogistics, if one attends to “The New Sentence” rhetoric)—Silliman’s array of (fairly pedestrian) observations appears when posed against the writerly fling (all “tools” at one’s disposal) of Coolidge (I think, too, of Williams’s A Novelette admonishing: “It takes writing such as unrelated passing on the street to rescue us for a design that alone affords conversation”—the block’d out in advance: ¡No pasarán!):

The light’s avenue must be meltless, or risk rouge damage definition in the bargain. Subheading: Spalls. Between the gates of writing it grows hard to see. That’s when we start the joke of the two-handed pens. And crane to see the brains begin. And loft the yellow anklet over the tarn, lots past to see. The imagination is brought, now I view. Enough tattered and I won’t swoon, over anything pictured cabbages huge on officialdom tar fire wall of recence in persiflage. The guy has got his door open and now he whistles rarely. Radio thoughtless provide backup of bebop harmonica. But why not then the clarinet? The meat marvels are cloistering buckle by vernal buckle.

There’s a cubist sense of constant re-adjustment—no static point of delivery (no eyeball: “The imagination is brought, now I view”), no adherence to pat “limiting of syllogistic movement” or any other kind of rulebook formalisms, “in the compositional throes, anything goes.” Cubist: think how constrictedly (energetically) one’s “stance” must re-adjust (“A sentence producing pronounced uneasiness”—Coolidge, later) in a sentence like, “The light’s avenue must be meltless, or risk rouge damage definition in the bargain.” “Light’s avenue”—a sun-shaft, streetlight down through leaves; “must”—a warning; “meltless”—unmelting, constant, fierce light of morning, or evening; “risk rouge”—redness of the dying day interrupting the “light’s avenue,” obliterating it; “rouge damage”—is the light glinting off a woman’s shiny face?; “rouge damage definition”—some spalling off of the defined—the sentence itself enacting it “in the bargain.” A sentence as a series of incompatible stands. (Coolidge, early: “Where was I? Standing here sitting.”)

Against (combined with) the cubist: the epic. Coolidge:

The term “epic length” is a formation of noncommunicating closets. Reverberations change the scale. Proportions are storable And the mind go on to the ends of the world? Reading is a drag because you want to have finished it yourself. I once said I wanted to write a novel that would be here today. Amend that to read, written already three thousand years. No, I’d rather write it than read it. Or at least get to the point of not knowing whether I was writing or reading.

The epic existing in the cubist the way the whole exists in the gaps and patches (Coolidge: “I think it all back to when in the middle I didn’t know a novel could be done. I thought it lasted and I was right but in patches. The top of the mountain mirrored in the snow of its neighbor. And everything comes pilfering, allaying, exacerbating down.”) Which sends one back—the way “not knowing whether I was writing or reading” does—to Beckett (“Words and Music”):

words: [disregarding, cold] Seen from above at such close quarters in that radiance so cold and faint with eyes so dimmed by . . . what bad passed, its quite . . . piercing beauty is a little . . .

. . . blunted. Some moments later however, such are the powers of recuperation at this age, the head is drawn back to a distance of two or three feet, the eyes widen to a stare and begin to feast again. [Pause.] What then is seen would have been better seen in the light of day, that is incontestable. But bow often has it not, in recent months, bow often, at all hours, under all angles, in cloud and shine, been seen, I mean. And there is, is there not, in that clarity of silver ... that clarity of silver ... is there not ... my Lord ... [Pause.] Now and then the rye, swayed by a light wind, casts and withdraws its shadow.

A pause and croak is heard to groan.

Sit a spell and consider how lovingly Marianne Moore thieved Hardy’s “Attack is more piquant than concord,” and insert’d it into the brilliantly syllabic “To Be Liked by You Would Be a Calamity” whose “mere” pacing—“I can but put my weapon up, and / Bow you out”—offers up a postpositive galore of thrills:

“Attack is more piquant than concord,” but when
You tell me frankly that you would like to feel
My flesh beneath your feet,
I’m all abroad; I can but put my weapon up, and
Bow you out.
Gesticulation—it is half the language.
Let unsheathed gesticulation be the steel
Your courtesy must meet,
Since in your hearing words are mute, which to my senses
Are a shout.

Completely disarming. Williams (Spring and All): “The incomprehension of her poems is witness to at what cost (she cleaves herself away) as it is also to the distance which the most are from a comprehension of the purpose of composition.” 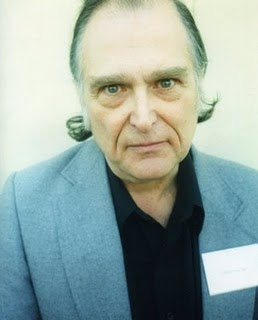