Ah, Friday. Dizzy with unpreparedness, the spiel beckons, like reticence beckons. Williams (out of A Novelette):

Where is there any serious conversation in a novel?—except descriptions or nonsense that is not read—known for that comparable to a discussion with an intelligent parent over the inevitably of “a mastoid” in an only son, where the Streptococcus capsulatus has been found in the ear in pure culture.
Since in a novel conversation is not actual (as you are) and never can be—but a pale reflection—never can be real, as conversation or design.
But conversation in a novel can be pure design.
Yes, if it doesn’t have to tell a story. That would be difficult: a novel that is pure design—like the paintings of Juan Gris.

The Williams who, young, paint’d—and bagged it for its encumbrance (in the “Preface” to the Selected Essays he says: “Had it not been that it was easier to transport a manuscript than a wet canvas, the balance might have been tilted the other way.”) So that: all’s visual in Williams: “The sparkles of red and yellow light in the wet ink of his script as he made notes rapidly delighted him.” And: “Eliot’s Tivoli Underwear, he read on a tag sticking up over the edge of the boy’s trousers.” (In the veering attempt at “pure design” of A Novelette.) (Is that “Eliot” connect with the faux-exotic of “Tivoli”—see the 19th-century Tivoli Gardens amusement park in Copenhagen—a jab at the former’s “Europe” and the inherent Anglophilia of American letters? See, (in the Autobiography): “What should be new is intent upon one thing, the metaphor—the metaphor is the poem. There is for them only one metaphor: Europe—the past. All metaphor for them, inevitably so, is the past: that is the poem. That is what they think the poem is: metaphor.”)

Looking and seeing, the painterly chore. Williams, replying to a questionnaire by the editors of The Little Review, under “What do you consider your strongest characteristics?”: “I like most my ability to be drunk with the sudden realization of value in things others never notice.” Or, Williams talking about French painting in The Embodiment of Knowledge:

Well, what does one see? to paint? Why the tree, of course, is the facile answer. Not at all. The tree as a tree does not exist literally, figuratively or any way you please—for the appraising of the artist—or any man—the tree does not exist. What does exist, and in heightened intensity for the artist, is the impression created by the shape and color of an object before him in his sensual being—his whole body (not his eyes) his body, him mind, his memory, his place: himself—that is what he sees.

Seeing is what triggers the visceral marvelous everything. Williams, nearing fifty, eyes beginning to fail, tells Marianne Moore: “I don’t like not being able to see dust flecks quite so distinctly as formerly—and the grains of pollen in the flowers.” (Counter-ballast—or blast—how seeing itself is liable to become a stumbling block—“Prologue” to Kora in Hell: “. . . the thing that stands eternally in the way of really good writing is always one: the virtual impossibility of lifting to the imagination those things which lie under the direct scrutiny of the senses, close to the nose. It is this difficulty that sets a value upon all works of art and makes them a necessity. The senses witnessing what is immediately before them in detail see a finality which they cling to in despair, not knowing which way to turn.”)

Hence (hence?): the global zupping materiality of the writerly means: what Williams—rejecting the aimiably usual “stark dignity” of seeing itself, says—frolicking the “new world naked”—(The Great American Novel): “To progress from word to word is to suck a nipple.” And: “But can you not see, can you not taste, can you not smell, can you not hear, can you not touch—words? It is words that must progress. Words, white goldenrod, it is words you are made out of . . .” The imaginative qualities of actual things. The upshot of foregoing the painter’s encumber’d stride: literal embodiment of knowledge, dance (Kora in Hell):

In the mind there is a continual play of obscure images which coming between the eyes and their prey seem pictures on the screen at the movies. Somewhere there appears to be a mal-adjustment. The wish would be to see not floating visions of unknown purport but the imaginative qualities of the actual things being perceived accompany their gross vision in a slow dance, interpreting as they go. But inasmuch as this will not always be the case one must dance nevertheless as he can. 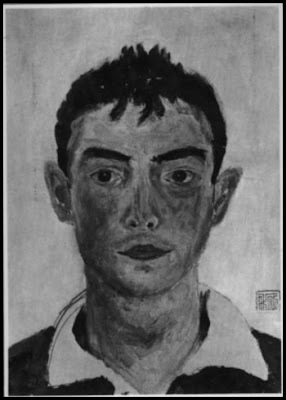 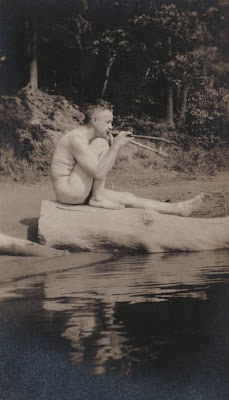