The usual post-weekend minimal twitches. As if one’d got to ramp up again, out of some sloth-pendancy deep in the skull-recesses. Hugh Kenner, in the late collection of radio addresses call’d The Elsewhere Community, recounts seeing Ezra Pound become Henry James—“eyes fixed on a point in space some yards past a ghostly auditor”— is it that re-becoming that occurs in the tidal wash half-sleep of Monday morning? (Today, a morning reverie of swimming a cloister’d space—there were sizeable rooms of air in the water, wholly gain’d without interference of air-locks or doors or any manifest point of exchange—one simply prep’d up with air-intake prior to moving out of an air-room into a water-room. I took it for an allegory of a seamless language: as if prose, by a simple turn and a gulp’d suddenly
come unsutur’d, a suitably
unfastidious point of entry
for a wall of
poetry, intemperate, obligatory and unobliging.) What Pound did: “James piling up a long sentence in elaborate phrase after phrase, like a man slowly cranking up a pile driver, with many pauses, labouring, diversions, and much mopping of the brow, until suddenly a huge weight fell with a splat. And Kenner, being exemplary, ’s got a pertinent Jamesian sample at the ready:

Art lives upon discussion, upon experiment, upon curiosity, upon variety of attempt, upon the exchange of views and the comparison of standpoints; and there is a presumption that those times when no one has anything particular to say about it, and has no reason to give for practice or preference, though they may be times of honor, are not times of development—are times, possibly even, a little of dullness.

“A little of dullness” how that modifying “little” makes the dullness duller, its unprevaricating splat all the bigger. It is, I suspect, about there—under the splat—that “we” find ourselves today: with the recent mergers mania, the consolidating of the powers various and sundry—power feeding power with all ideology hiding out under the name of Jack Squat (who’d of thunk of a world where Kenneth Goldsmith is asking Poetry’s own Père Ubu Christian Wiman for a list of select’d preferences (“Featured Resources”) for Ubuweb; or of a world where control of the ecumenical marvel Jacket is turn’d over lock, stock, and barrel-organ to the clearly partisan (and censorious) monkeys at the University of Pennsylvania; or of a world where Charles Bernstein’s sycophantic minions quash any blog-listing that’d offer “comparison of standpoints” under the rubric of “Constant and Critical” at the EPC?) Such centralization of resources results in deadening, sterility, sameness. (Think of how numbers of species flourish in interzonal habitats, how working the borders ups the count.) See, too, Brooks Adams’s The Law of Civilization and Decay:

In the high stages of centralization, where unrestricted economic competition prevails, this loss of energy is manifested by a gradual dissipation of capital, which, at last, ends in disintegration. The evidence seems to point to the conclusion, that, when a highly centralized society disintegrates under the pressure of economic competition, it is because the energy of the community has been exhausted. Consequently, the survivors of such a community lack the power for renewed concentration, and must probably remain inert, until supplied with fresh energetic material by the infusion of barbarian blood.

(Henry, Adams’s brother—after reading the manuscript—warn’d Brooks against printing it: “The gold-bugs will never forgive you . . . You are monkeying with a dynamo.”) To (sort of) paraphrase Randolph Bourne: “Significant and unconceal’d disagreement is the health of the state of poetry”—these placid “trusts,” this “catch-all” institutional giantism—it snookers the art. What’s need’d is not ever bigger fiefdoms, but more individuals with necks stuck boldly forth damning the corrupt’d cozy: individuals unstymied, independent, and loud.

An addendum to my apparently-unnecessarily-mysterious-as-to-provenance remarks regarding Philip Whalen’s Notebooks (1957-1966). Larry Fagin—of Adventures in Poetry, and of Green Zone—who put the collection together—writes: “Nijinsky Suicide Health Club was Allen Ginsberg’s name for his fantasy dance company. (The dancer David Woodberry used it for a one-time solo performance in the late ’70s.)” And, regarding the imprint: “It’s a little spin-off project with a Beat emphasis. So far we’ve done Kyger, McClure, di Prima, PW, with Allen G (’50s Mexican diaries) in the works, then maybe Meltzer. . . . PW notebooks came out of a week of research at Bancroft. Much of it is, as much is with P, a litany of complaints . . . I tweezed out what I thought would be of interest to poets, plus my personal interest in certain characters and events.” Independent community work, “of use,” and largely unsung. 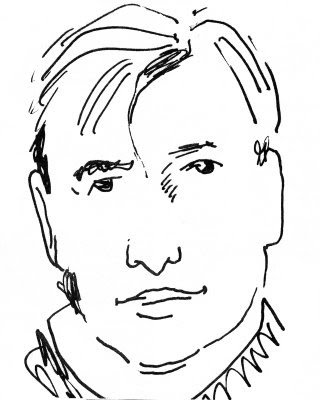