Fifty Years of Something or Other CCLVIII
Apparent gadfly, the usual. Big
syntactical ruckus in the shrubbery.
(The usual minus the tragic.)
To name and name with
naming’s slug dropping its teeth-
jamming impertinence into the mechanical
craw, certitude’s constant rush bung’d.
Smartweed, bindweed, water-pepper, dock,
the Polygonaceae, aliens of despoil’d
human arteries, what the field
guides call “waste ground.”
The calcifying of the temporal
remains, a kind of puppetry
like a convention that says: “Here,
here’s the house of Mr.
Wood, who’s only ‘saying’ anything
through the shambly white fence
of form, by driving point’d
stakes into that ground. It
keeps itself viable by mere
pique, and interval, and protrudes.”

On a hunch, or snout to the ground of some reference, I lit out for a copy of the initial issues of a magazine call’d X: A Quarterly Review (epigraph’d, “x = algebraic symbol ‘the unknown quantity’. / ‘Incalculable or mysterious factor or influence’”—though, in fact, the pugnacious stance of Pound permeates its pages). Edited by David Wright and Patrick Swift, out of London, 1959. Number One contains George Barker, Anthony Cronin, Hugh MacDiarmid, James Mahon, Frank Auerbach, Samuel Beckett, Robert Pinget, Patrick Kavanagh, Martin Gerard, Stevie Smith, Ghika, Alberto Giacometti, René Daumal, and David Gascoyne. By the second number, the editors, after quoting Kierkegaard’s reply to Lichtenberg (who’s complaining that nothing’s “so feeble as the conversation of learned literary men who have never thought for themselves but know a thousand historical-literary facts”)—“Like Leporello, they keep a list, but the point is what they lack; while Don Juan seduces girls and enjoys himself—Leporello notes down the time, the place, and a description of the girl”—the editors ask “in the hope of getting away from the dense triviality characteristic of analytic discussion of poetry nowadays . . . four practising English poets . . . to contribute a page or two apiece of aphorism and ideas concerning their vocation.” (Note that vocation, out of vocare, to call, or summon—disregarding the imperturbable boy’s clubbiness of the “literary men,” there is a sense of some force attach’d to the art with a potency greater than the whims of “professionalism” or “careerism.”) And, there’s Stevie Smith’s remarks about “Poetry . . . an Angel, very strong”:

Poetry does not like to be up to date, she refuse to be neat. (‘Anglo-Saxon’, wrote Gavin Bone, ‘is a good language to write poetry in because it is impossible to be neat.’) All the poems Poetry writes may be called, ‘Heaven, a Detail’, or ‘Hell, a Detail’. (She only writes about heaven and hell.) Poetry is like the goddess Thetis who turned herself into a crab with silver feet, that Peleus sought for and held. Then in his hands she became first a fire, then a serpent, then a suffocating stench. But Peleus put sand on his hands and wrapped his body in sodden sacking and so held her through all her changes, till she became Thetis again, and so he married her, and an unhappy marriage it was. Poetry is very strong and never has any kindness at all. She is Thetis and Hermes, the Angel, the white horse and the landscape. All Poetry has to do is to make a strong communication. All the poet has to do is to listen. The poet is not an important fellow. There will always be another poet.

Hugh MacDiarmid, another respondent, flips the coin to “mastery,” quoting Judge Brandeis (“Ordinary men and women can grasp the essentials of any situation, no matter how involved its details, if the facts are adequately presented to them”) à la Pound, and blithely puffing the scientific:

Is poetry done for? Wars, the Robot Age, the collapse of civilization,
These things are distracting and annoying, it is true
—But merely as to an angler a moorhen’s splashing flight
That only puts down a rising fish for a minute or two!

There lies hidden in language elements that effectively combined
Can utterly change the nature of man
Even as the recently discovered plant growth hormone
Indole-acetic acid, makes holly cuttings in two months
Develop roots that would normally take two years to grow.

I agree with a friend of mine, who is a poet and a scientist, when he says: ‘If science is the differential calculus, art is the integral calculus. They are excellent separately but best taken together.’

Murmurs of Zukofskyan assent: oddly enough, “A” 1-12 with its “I’ll tell you / About my poetics— . . . An integral / Lower limit speech / Upper limit music” is print’d in 1959, too. Too, MacDiarmid’s capable of showing off (recalling a little how Ron Silliman report’d a few years back: “Right now I’m contemplating the larger outlines of Universe, the poem that follows The Alphabet. I know a few things about it, and I’ve been reading Stephen Wolfram’s A New Kind of Science, or more accurately, gazing dreamily at the figures & diagrams in there.”):

What subject-matter do I specially covet for poetry to-day? Many years ago I said, and I have had no occasion to change my mind, ‘If I were asked to frame a test paper for literary aspirants, I would ask (1) for a poem on the fact that what is known as the ‘Lorentz transformation’ looks like the ‘Einstein transformation’. When manipulated numerically both give equal numerical results, yet the meanings and the semantic aspects are different. Although Lorentz produced the ‘Lorentz transformation’ he did not, and could not, produce the revolutionary Einstein theory. (2) A short paper discussing the fact that the semantic aspects of practically all important mathematical works by different authors involve individual semantic presuppositions concerning fundamentals.

I leave it there. Nineteen fifty-nine’s exactly fifty years back. A snapshot. No conclusion except to measure the plus c’est la même chose-esquerie of it all. The only outright embarrassment in the issue’s a poem call’d “Circular from America” by George Barker: “Against the eagled / Hemisphere / I lean my eager / Editorial ear / And what the devil / You think I hear? / I hear the Beat / No not of the heart / But the dull pulpitation [sic] / Of the New Art / As, on the dead tread / Mill of no mind, / It follows its leaders / Unbeaten behind. / O Kerouac Kerouac / What on earth shall we do / If a single Idea / Ever gets through?” And so on for a half dozen pages. 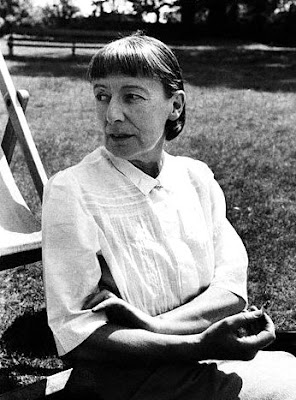 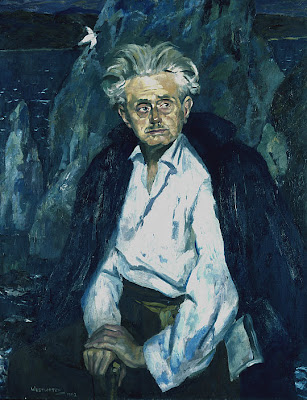 Myiagros, minor Greek god charg’d with shooing away flies during sacrificial doings to Zeus and Athena. Love that “sweater” / “swatter” bounce. Kind of a declarative list in the middle: equal-sized chunks “bit off” by the ommateum, the fly’s compound eye, so that all the world’s doings register the same measure: Aunt Louise with her embroidery of like magnitude with the heavenly headless martyrs.

All I know of Florence Kindel is that she had work in Gerry Mulligan. Larry Fagin puts copies of things print’d by Green Zone into the mail for me—and, mostly, I’d say, there’s a tinge of New York School speed and insobriety, snazzy insouciance and goofiness to it, spiel’d out without the tired-of-the-belly-laughs-but-you-know abject forcèdness of, say, Late Flarf (or the late Flarf). (Flarf, unable to accommodate the pitchy registers of grief, say, or any of the subtler modes with its pump’d up fat full volume laff-track histrionics.) Here’s another piece by Kindel:

What was creepy about Bach?
she leaned toward the suites
sidestepping irreducible questions
wind slowed her words
she slept through the birth of kittens

You weren’t dead there
but you could’ve been
how would you know?

They released you to the care of Uncle Rocky
who died of nicotine poisoning
and you went into rehearsals (“Moon River,” etc.)
for your big comeback