William Carlos Williams, writing to Ezra Pound in St. Elizabeths in the summer of 1946, quoting John Dewey: “Vital and thorough attachments are bred only in an intimacy of intercourse which is of necessity restricted in range.” Coterie soup. Meaning, what fly’d up so pretty in Berkeley just may not fly in Charleston, W. Va, where the Kanawha sluices down out of Gauley Bridge to run unpucker’d and placid under the monstrously gold dome of the State Capital. Same letter, Williams tired of Pound’s years of divagatory guff and no-nothing taunts (“PULLL ep yer SOX, Pop Williams. Or I shall have to treat yew azza deeVided pussunalitty”), in an account of reading “poems wherever I see them . . . anything that comes my way”:

In general I don’t find much (as I get little from you) that seems alert to the main problems of the making of verse today. They’re all shot (as you are) through too much attention to their “great intellectual sorrows” like Werther. I’d like to find a poet who knows what it means to sing again, to sing “Anew” as Louis [Zukofsky] says. Nobody can sing much today—yours truly included. They have lost the drift. Rather they have been nutted (you included) by irrelevant ideas.
So, naturally, you conclude: “Poor Bill he ain’t interested in ideas.” ’S all right with me.

That spring, all through April and May (he’s writing a review of it—“A New Line Is a New Measure”*), Williams is completely “took” by Anew. To Zukofsky, 26 March 1946: “Wonderful! Metrically I can see at once that it is the only adult verse being written today. It carries on the best of Pound’s discoveries . . . as he has not been able to carry them on. It carrys out the things that kick in my mind as I have not been able to carry them out. . . . a line! A line that is variable and that flows with feeling, musically and yet retains the measured qualities (and quantities) of a line. I do not find it (aside from the early Pound) anywhere else than in you, at your best. And this new work appears on first glance to be you at your best.” Later (31 March, according to Zukofsky’s note): “It is truly a dawn or the beginning of a dawn for me. & the most vicious hatred of others. I can’t express my furious detestation of almost everyone writing today. Not all—but the most.” Most affably contradictory of men, Williams is willing a few years along (15 April 1949, to Pound) to exhibit a rare magnanimity, seeing himself a worker for common cause:

Perhaps I have written a few poems, I don’t know. I’m happy that you have found a few items in the “Selected” that appeal to you. I am never certain that they have body enough, a sound enough structural initiative to stand by themselves. It really doesn’t matter much as far as I’m concerned, I’m fatalist enough for that. For if I haven’t written anything such as I’d be happy to acknowledge if I could be sure I know at least WHAT should be written and I’m equally sure that someone will write it, I’d be happy to be a signpost should I turn out to be nothing more.

The Pound / Williams letters—I am doing a mopping-up op here—lapse into (for me) a tenor of sadness, that “vital and thorough attachment” resign’d to age-foibles, &c. Williams, post-stroke (7 September, 1951), stuck after years of independence with a “contract”:

I’m still alive but not as alert as ’d like to be. I can’t relax enough to write. All tied up inside. All I do is stare out of the window. The contract I have with Random House to do a novel irks me, I don’t seem to want to get down to work. I can’t work that way, I need to be released to slop around as my mind dictates.

If there’s one merciless sign of aging, it may be found in the dregs of a conversation regarding Elvis Presley. E. E. Cummings apparently begins it with a postcard to Pound (18 October 1956) asking, “one (serious) question—who or what is or means a pourainsidire [so to speak] social phenomenon yclept Elvis (the Pelvis).” Pound to Williams (23 October), feeling the inevitably hot breath of youth:

If you are goin to stay serious and DEETatch yrself from the appallingly low level of the rest of yr/ contempteraries etc.
And / or edderkate a younger generation caPAbl of distinguishin wot you have done etc/
BEFORE the centre of light shifts to Melbourne and leaves this effete kuntynunk to Mr. Pressley
(I got nothing gainst the Pelvis, but cummings is enquiring . . .
I shd/ think El. Pr was probably a sign of life (but he hasn’t been here.)
BUT not a compleat PAIdeuma????
if yu got any views on THAT send ’em to kumminkz, who may be takin a plebiscite.

No reply by Williams record’d. (Beginnings of the era of the “if I can’t be a rock ’n’ roll star, I’ll be a poet” phenomenon. Of late seemingly replaced by the patch-and-retread phenom of the poet who aims to write pop music criticism, some inestimably “advanced” degree—I suppose—of separation.)

* In these days of the fatty surreal (moppings of that old greasy plate), the unsong’d disjunct, and the scattershot array minime et pitoyable, to say nothing of the soundly perspicacious (“What’s he doing? What’s she doing?”) careerist “hybridity” (that mule design’d to carry a load purely marketable), it’s somehow encouraging to read Williams’s lines out of that review—reprint’d in the James E. B. Breslin-edit’d Something to Say:

Nowadays almost all that passes for poetry is not the result of a fruition but a stasis. A lovely stasis, a pleasant stasis. But a stasis. The wall is there. We may ignore the wall and cast about for supernatural alternatives, but as long as we live we shall not get past the wall in dreams. Poems are the effects of engineering skills in poets. It takes more than thinking backward or thinking at all to write a poem. It’s got to be written precisely in one particular manner at any one particular moment in the world’s experience to be a poem in that day.
Everything else is a wadding, beautiful wadding. Wadding is swell couches where lovely creatures recline, male and female, for their own reasons. But it isn’t writing.

And: “Without invention nothing can go on.” Regarding the “the necessity for a new form before a new poetry of any sort can be written,” Williams points to “the necessity first to destroy the old. When I say destroy I cannot naturally refer to what exists but only to that which does not exist, the imitation.” Hence the endless struggle even against one’s own meretricious present. In a pertinent note (to Pound, c. 1950), Williams says: “Everyone is writing ‘poetry.’ My suggestion is that they start writing a few poems.” 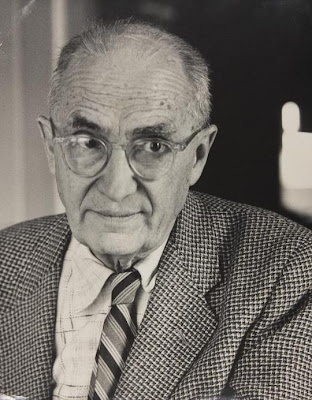