The Pond in November

One of Guy Davenport’s arguments is that Browning’s “Sordello” is “the first modern poem” largely for its daring in “moving outside the frame provided by a normal education”: “It created a scandal, and many jokes about readers who thought they had lost their minds.” (Reminding me immediately of a story that scuttled by in the recent “savage sideshow” of Pynchon reports, how one reviewer’d read Against the Day in four days, and promptly’d suffer’d a nervous collapse.) Davenport: “When a density of learning began to appear in English literature, there came with it the understanding that the author would teach us what we needed to know as we read along.” Not only content gets provided; form, too. Thus the corollary to Davenport’s claim ’s become the nigh-bromidal: all authentic new work comes with built-in instructions how to read it.

Thinking about all that whilst reading the Pynchon. Formally, there’s little needing authorial intervention. Multiple intertwining switchbacks of plot-lines and sheer length—and the former—highly cinematic—’s a standard novelistic number since, oh, Emma Bovary and Rodolphe Boulanger make out in the upstairs “council-room” of the town hall of Yonville whilst the doings of the “famous agricultural show” continue below. Regarding “what we need to know” for reading Pynchon—most gets provided, is imaginable if not wholly explicable. Fur-balls of mathematics slide down with g-g-g-glycerin’d emollients, semi-palliatives of humor, near regular slapstick, palm slapping forehead, as here, at Candlebrow University, spread out somewhere in the Midwest along the banks of the “tranquil and famously canoeable river, the Sempitern” (see Heraclitus, see Hebe, the goddess with the ’tude), where an unnamed “Professor” is lecturing at a conference on time travel concerning ways to defeat “the siegecraft of Time and its mysteries”:

“Fact is, our system of so-called linear time is based on a circular or, if you like, periodic phenomenon—the Earth’s own spin. Everything spins, up to and including, probably, the whole universe. So we can look to the prairie, the darkening sky, the birthing of a funnel-cloud to see in its vortex the fundament structure of everything—”

“—‘funnel’ of course being a bit misleading, as the pressure in the vortex isn’t distributed in anything so simple as a straight-sided cone—”

“—more of a quasi-hyperboloid of revolution which—say, where’s everybody going?”

Those in attendance, some at quite high speed, had begun to disperse, the briefest of glances at the sky sufficing to explain why. As if the Professor had lectured it into being, there now swung from the swollen and light-pulsing clouds to the west a classic prairie “twister,” lengthening to a point, about to touch down, approaching, it seemed all but consicously . . . at a speed not even the swiftest horse could hope to outrace.

Turns out it’s a regular visitor (cyclical, animated, named, “always the same tornado,”complete with noticeable “dietary preferences,”—sheet metal high on the list—a sort of object-communicant, as found so often in Pynchon), and known as Thorvald.

Against such extravagant and vivificent mirth-objects, a counterforce runs, a parallel, stifling the human. Think of something like the leaflet touting the benefits of Snazzbury’s Silent Frock, found and read by the gorgeous mathematician Yashmeen Halfcourt, and, more importantly, the implications of such wild technology’s human application:

“‘Operating on the principle of wave interference, sound canceling sound, the act of walking being basically a periodic phenomenon, and the characteristic “rustling” of an ordinary frock an easily computed complication of the underlying ambulational frequency. . . . It was discovered only recently in the scientific laboratory of Dr. Snazzbury of Oxford University, that each individual toilette might be tuned to itself through certain structural adjustments in the tailoring—’”

Those whose job it was to keep track of any recent invention with any weapons potential, however remote, and to find connections, if any, to military and political events in Europe, observed the traffic in Silent Frocks, which had picked up in recent days, with due alarm, drawing up lengthy reports, bringing in everything from Balkan troop movements to the price of diamonds in Belgium.

The upshot is narrative-fear of a “hundred women on the move, all silent” leading to human (here, particularly, woman) as machine, or (maybe worse in the Pynchon pantheon of threats to individual liberty, human-officialdom alliance). Pynchon: “voices did shake just perceptibly with gynecophobia, or the fear of women, of silent women, in these absolutely silent black gowns, advancing along corridors which seemed to recede behind them without limit, perhaps also fear of these unechoing corridors themselves, especially under certain conditions of low light . . . with no least fragment of music in the distance, without the comforts of commentary, their hands unoccupied with parasols or fans, lamps or weaponry . . . should one wait, withdraw, turn in panic and run? What clandestine purpose? More unsettling, how much official support?” Later some character remarks: “on the face of it, all mathematics leads . . . sooner or later, to some kind of human suffering.” 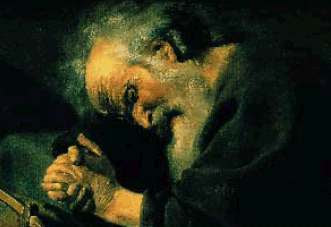