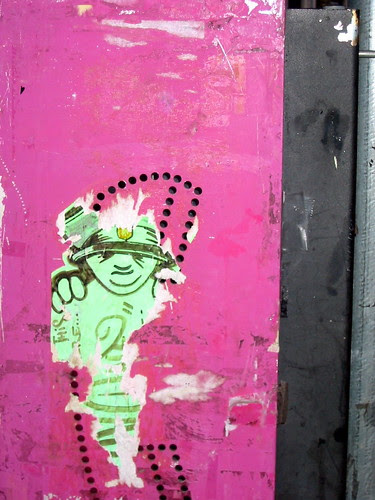 Funny, for years I imagined Henry James tedious, “unabideable”— kept him dangling on the end of a pair of tongs, arm outstretched, visage avert’d as if against a gaseous stench. I took Vladimir Nabokov’s line on the clumsiness of the sentences, “like an elephant trying to pick up a dime.” Then, boom, boom, boom. First, Pynchon’s got Pugnax, the Chums of Chance dog, reading The Princess Casamassima, second, someone calibrates Pynchon’s prose “Jamesian,” third, a handler in an “emporium” of used books proceeds to shelve a slightly “dog-eared” copy of The Princess Casamassima right in front of my nose whilst I ’s gandering at The Maine Woods. I admit: my ears prick’d up. My coins plunk’d down. And now I thumb at it, expectantly, unresignedly. Is it possible that Pynchon’s made James Pynchonesque? Here:

‘Now, Anastasius Vetch, don’t go off into them dreadful wild theories!’ she cried, always ungrammatical when she was strongly moved.

And Paul Muniment, with his discoloured thumb, designated his own substantial person.

Mrs. Bowerbank, in a leisurely, roundabout way, wandered off to her sister, Mrs. Chipperfield, whom she had come into that part of the world to see, and the whole history of the dropsical tendencies of whose husband, an undertaker with a business that had been a blessing because you could always count on it, she unfolded to Miss Pynsent between the sips of a second glass.

James, les trois. Partly, one senses, the effect of the names. (Others: Hyacinth Robinson, Captain Sholto, and the “poor, infatuated phrase-monger Eustache Poupin.”) Partly the effect of fussy precision, or its game counterfeit, legerdemain’d oddity—“discoloured,” “designated” “substantial,” “dropsical,” “unfolded.” Not one hundred dollar words, just purveyors off the streets of the usual ilk.

Noted, too, on the cheat-sheet supply’d for puppies of the Zone, the “back cover synopsis” (Apollo Editions paperback version, for you book “hounds”), how Pynchonesqueries find they way into the copy of the most dogged of copywriters. Here:

Exposed to both the lower and upper levels of London society, Hyacinth finds himself desperately struggling to reconcile Europe’s cultural accomplishments with the human suffering they engendered.

Found in an old manila folder of prose. Offer’d up here out of sloth and turpitude, end of a motorish weekend. Percy, recently arrived in Sitka, Alaska, meets Joe Parsley in a tavern. Postmodern intruders in the form of subtitular literary jabs, a habit, a concealment, here, Auden:

The dogs go on with their doggy life

When Percy stepped (rather tentatively, he was full of burgundy and felt as if he carried—balanced carefully on its squat end within him—the delicate, smooth glow of something like a egg) through the lead-glass windowed door of the Farmer’s and Merchant’s, he breathed out a soft expletive, “Good night.” Night. He had listened to Joe Parsley’s feverish talk for eight or nine hours—until it had become his own fever, his fuel, his comfort. Joe had talked about Gustave Flaubert in long, caress-inflected tones, about his sentences, his great thumping fervors. On a bar napkin, Joe had written for Percy this—“La parole humaine est comme un chaudron fêlé où nous battons des melodies à faire danser les ours, quand on voudrait attendrir les étoiles”—and translated it as “Human speech is like a cracked cauldron we bang rude melodies against to make bears dance when we only long to touch the stars, to melt the stars.” He called it a “free” translation, closer to the esprit of the original. Joe had talked, too, in sudden willful seriousness choked off by hiccoughs of idiocy, of “the days in France, when the ladies wear no pants.” He had enumerated the odd officious benevolences of the café garçons, upright and uniformed in black and white. He had recited all eighty-something départments with spellbinding sonority and great relish—Oise, Aube, Yonne, Morbihan, Ardèche, Cher. He had tucked the bounty of French gastronomic pleasure into his talk like tucking a large white napkin under his chin—cassoulets, choux farcis, rollmops, huitres. He had translated his own name for Percy—as Joe Persil—and he had roamed breathless and breathtakingly over the landscapes of France—the cubist overlap and geometry of pines and low mountains in Alsace, the sedge-grass marshes of the Vendée, the oyster-pocked waterways of Locmariaquer, the stony goat-bewildering fastness of the Cévennes, the bucaneer-fabled sandy deposits of the Bouches-du-Rhône.

And he had, solemnly, with the piercing look—eyes like two holes in the shield of face—of a messiah, convinced Percy to “do a mission”—that was how Joe had put it—“do a trans-Atlantic mission” of conviviality and fortune. Joe wanted Percy to go to Paris for him—Joe Parsley—and contact a certain Monsieur Besse, a wine merchant, supplier of Joe’s wines, redeemer, it seemed, of Joe’s life. Joe himself could not go. He was certain of this. He explained it in terms of the musicality of the stars, the frozen light captured by Time, the long evident symphony of desire and belonging played out in the celestial maps. “That particular burst of star-fire has not—will not, not in this pickled lifetime—ever touch my soul,” he said. “But yours, your soul, I can see, yes, it has touched. You’re not among the dogs of the planet, Percy. You are not a dog.”

Curious, the select recurrent landscapes. How, in the brain-panorama, that country we keep to ourselves for high solace visiting purposes, a few locales sweep ever-readily into view. Curious, too, the evidence, hardly need’d one supposes, of why poets cannot turn to fiction. (Fictioneers who “begin” as poets, that’s another matter, they’s just building up stamina.) As oft-suspect’d, poems get writ by compleat narcissists, gents and ladies most apt to plummet into abject narcolepty at the mention of the Other. Here, the evidence of the author’s desperate measuring of hisself out into the caricatural voids of “Percy” and “Parsley-Persil” is found precisely in the pulchritudinous push of plot toward Dopplegänger-dom.