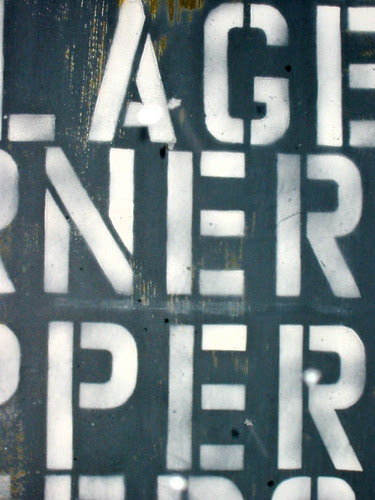 “Rien,” as Mallarmé so aptly put it. Snow accumulating under Wallace Stevens’s hat. Thomas Pynchon talks about the “suburban imperative”—right up the alley with Thoreau’s “quiet desperation,” what most men live lives of. One makes a little niche for oneself, keeps a blank white notebook nearby. Nudges one’s furriest utterances to the cave-mouth, out into the unblinker’d lambency of spangled light. Morton Feldman: “When you play an instrument, you’re not only playing the instrument; the instrument is playing you.” Nidges and nods of agreement. The language: a fish-bone in the sun. We a nidgery to it, and its only begetter. Language acting like Marcel Duchamp asking John Cage, that terribly poor student of chess, “Don’t you ever want to win?” Of course not, bourgeois miscreant! One desires language to cook in its own juices like a cutlet, desires it malleable and off-putting, consistency of the brain of a small child. Baudelaire: complacency in a shoe, an abattoir of complacency. “A very nodypoll nydiote myghtbe a shamed to saye yt.” First cousin to lucid prose, no?

Thus unkempt, or dropsical, and needing a redeemer, I find one in a “Fickle Sonnet,” a fickle sonance, out of Geoffrey Young’s so-titled 2005 Fuckaduck number, a terrific book:

We have watched the anchormen age
We have paid to see Atlantis rise from a sandbar
In Nassau, witnessed shark technology and Lazarus
Bathing his genitals in the electron stream

But it’s like, before they can say “All Aboard”
We’re there already, we’re bi-coastals lined up
To buy porcelain dogs in galleries
Because love buckles our legs one moment

For Practice of Outside Versification,”
And I am become the plot, its sinuous turning

As founder, chief theorist,
and sole member of “Pliny the
Younger’s Advantage,” I am up
in arms. I am up in your arms,

to be specific, applying volcanic
ash to the small of your back,
dusting for fingerprints. Ardor
thrives where a pen’s accuracy

would only sully Eden. How
unearth, how revive, how forgive
our long lost dead? We live
“All Nude, All the Time,” like

forest canopies, wearing our
sumptuous teeming on a sleeve.

A book of rewrites, according to Young’s short preface, thievery and rearrangement of one’s own source material (1976-2005): “Whether shorn, expanded, or merely reconfigured, each work’s mind changed, becoming newly svelte, normatively ample, or, like a Costco urn, functionally clunky, depending on the case.” Quick-witted and fleet in the hallowed lineage of the New York saints-sonneteers Berrigan and Mayer, or Shadow Train-era Ashbery. Covers and drawings by Donald Baechler. 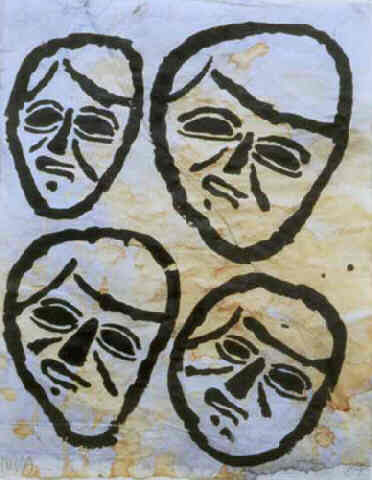 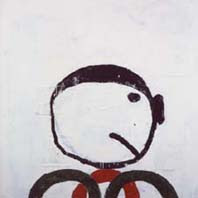