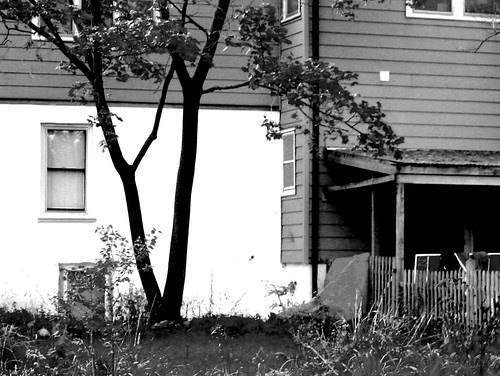 Stumbled into (and apparently it’s easy to stumble into, being part of Robert Duncan’s “Pages from a Notebook” statement in The New American Poetry, and, too, part of an earlier, obscurer piece of 1953) in Robin Blaser’s collected essays The Fire:

I make poetry as other men make war or make love or
make states or revolutions: to exercise my faculties at large.

Perfect for what’s bugging me tonight (synchronicity of the highest degree assails me, that is what I think whenever a quotable behoover ascends up out of the fundament so . . .), thinking about (I recall it’s being) Peter Culley’s suggestion somewhere that Blogland resembles the eighteenth century coffee house, that miscible rendering (undistill’d) of sheer barmy Discovery up against hare-brain’d Gossip, Petulance (and its child by Desuetude, Disgust) up against the moronic Starry-Eyed, jejune Rabble-Rouse spitting at the feet of Big Dictum, poetickal Offal joining ranks with Rank in combat against gin-soak’d simpering Servility and her tawdry Beau the Newly Canonical, and Decorum out back sweeping the luggage off the steps . . . scurrilous to get out to the carriage house where Irony spit-polishes unendingly ’s pony Lacklustre . . . Yes, yes, our own lovely Strand. And how few mayhaps do exercise quite fully (“at large”) they god-smitten faculties, and how, thus, Blogland careens off sideways, an “entertainment,” no better’n the frickin’ telly . . .

And abandon’d before I got going about “community,”—is, isn’t it, best when it’s a mutual egging on? A nudge to each to flourish?

And walk’d off into the city-spoilt dark with a grimace in my shoe, and Marianne Moore in my pocket.

A new
Fastidiousness is
What’s needed
To curb

The fat
Idiocy of
Spall’d off
Accumulate heart-

Codas (out
Of caudal,
Tail-piece),
Such tales

Ah, the prickly effervescence of abandonment, compact local pressures, roiling incompatibility, fizz-smarty. Tiny bubbles that burst to leave the air itself pock’d with exclamation points! A world of nothing but exclamation points! And, somehow, hammering the dovetails together, in a fine fit of “making it fit,” for that is what one does, putting things next things, one retrieves the Duncan, who, foregoing a rampant appetite for myth and system, admits childlike credence in “the unfettered intellect that knows in [its] nobility none of the convictions and dogmas which human mind inflicts itself with” and asks, pointedly, “what is the human desire to humiliate even its own being?” Abandonment, think of Blaise Cendrars, face like a fillet of mackerel, going off “naked, new, total” into Dan Yack Land. Think of Moravagine, ungovernably in cahoots to a threnody of desire-throes, what?

Abandon’d in most dropsical threst. “Ydropsi held him sua in threst, that him thoght his bodi suld brest.” (“Dropsy got him gode, him thought he wode explode.”)