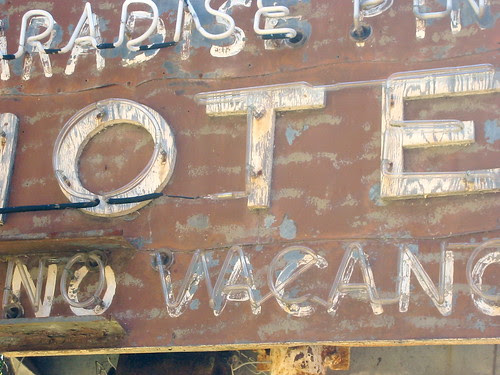 Materiality—how it sucks out one’s marrow, how one is transport’d into word, letter, jot, tittle. I open The Maine Woods to Thoreau’s chapter call’d “Ktaadn” and am nigh-absorb’d by the double a’s. And, wha? “Ambejijis Falls?” Pure visceral “tug” in the i and j conjunct. Think of a poem titled “Nijinsky’s Hijinx Fails at Ambejijis Falls.” Barthes points to the way any alphabetic letter “releases an imagery vast as a cosmography . . . (all poetry—the whole of the unconscious—is a return to the letter) . . .” And: “the letter is not the sound; all linguistics derives language from speech, of which it declares writing to be merely a particular disposition . . . the letter’s coming and becoming (its source and its perpetual goal) are independent of the phoneme.” Certainly. The sonically identical gigi arrangement moves me little compared with the mighty jiji and its variants. Or, one ’d argue, the American e play’d alongside the Italian i percolates out with little dissonance, howsoever quotidian that e be next the enormity of the pull of that i. Vai via. Go figure. Barthes: “Do letters serve to constitute words? Yes, but also something else. What? Abecedaria. The alphabet is an autonomous system, here supplied with sufficient predicates to guarantee its individuality: “grotesque, diabolic, comic, new, magical” alphabets, and even more; in short the alphabet is an object whose function and whose technical locus do not exhaust it: it is a signifying chain, a syntagm outside of meaning but not outside of the sign.” How’s the blackjack croupier put it? “One ace, no help.” It is not sound, it is not the shape or “look” of individual letters, it is certain (somewhat rare?) combinatory figures (ligatures, bindings, tyings up) that thrill so. (All art is “about” relation.) If “Ktaadn” reminds me of baseballer Jim Kaat, ex-pitcher for the Minnesota Twins, whom I “picture” as somehow “gappy-mouth’d”—the pleasure and relict of the associational chain’s got everything to do with seeing the pile-up of aa’s. The letters made me do it. (I call’d a book of poems Breeze out of love for the ungainly italic Garamond z, lower-cased.) Syzygy.

Barthes again: “Z, for Hugo, is the lightning flash, God, while for Balzac Z is the bad letter, the letter of deviance.” (He’s talking about Massin’s book Letter and Image. The “twenty-six letters of the the alphabet” are “animated, . . . put in a metaphoric relation with something other than the letter: animals (birds, fish, serpents, rabbits, some devouring others in order to form a D, an E, a K, and L, etc.), men (silhouettes, limbs, postures), monsters, vegetal structures (flowers, tendrils, trunks), instruments (scissors, sickles, tripods, etc.): a whole catalogue of natural and human products comes to double the alphabet’s brief list: the entire world is incorporated into the letters, the letter becomes an image in the tapestry of the world.”)

Zebra, “Z is for Africa”