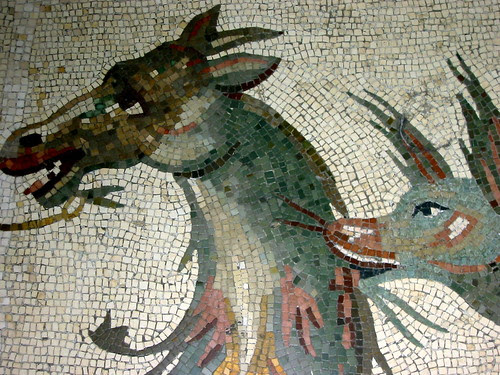 Thomas Pynchon in the voice of Ewball Oust, in Mexico, measuring the likelihood of change across the border:

“Fact of the matter,” Ewball growing gleeful with aggravation, “these folks down here at least still have a chance—one that the norteamericanos lost long ago. For you-all, it’s way too late anymore. You’ve delivered yourselves into the hands of capitalists and Christers, and anybody wants to change any of that steps across ’at frontera, they’re drygulched on the spot . . .”

The pleasure here—beyond the diminutive “Christers,” elbowing aside a whole uncharitable tradition with a noun-switch, beyond the saddling of one kind of aggravation with its proper rider Glee, beyond the historical reverb peddle wah-wahing that “too late” right into our own twenty-first century physiogs, the pig-eyed “Christer” in the presidency and all that—is that “drygulched.” Landscape and rhythm. The landscape of that particular frontera, the two-beat rhythm of casual violence. “Cold-cocked.” “Gunned down.” “Strung up.” And what Robert Hass calls “a very American form of terminal irony.” Recalling the still-valuable essay, “Listening and Making”:

A guy in a bar in Charlottesville turned to me once and said, loudly but confidentially, “Ahmo find me a woman and fuck her twenty ways till Sunday.” . . . A woman down the bar doubled the two-beat put-down. She said, “Good luck, asshole.”

Loudly but confidentially. In Paris in the mid-’eighties I work’d briefly for a translation-hound as a “rewriter.” Un rewriter. Ehnnh ruff-ride-air. Cleansing copy of its fautes. Faute de mieux, I rough-rider here, some lines of Wyndham Lewis, (there’s a man ’d admit the glee in aggravation, no?):

These tours-de-force of taste, and DEAD ARRANGEMENTS BY THE TASTEFUL HAND WITHOUT, not instinctive organizations by the living will within, are too inactive and uninventive for our raw foundering time and climate, and the same objections can be made to them as to Bernstein Catskills-comedian one-snort schtick, or to the adolescent chortle-graph line-ups of Andrews.

The most abject, anaemic, and amateurish manifestation of this Bernstein ‘schtick,’ or Sillimanic plodding deadness and bland arrangement, could no doubt be found (if it served any purpose beyond re-bursting the déjà-punctured) in the curtain and pincushion factory maintained by the Flarf Boys and Girls, unaware though enthusiastic epigones to such dross sewing projects though they be.

The whole of the “post-avant” movement—en anglais: “past-avant”—is, we maintain, under a tanning lamp under a cloud.

That tanning lamp under a cloud is the cold, conceited and controlling, but gone disgruntled, sentimental and inactive, personality of Silliman.

We must disinculpate ourselves of Silliman at once. 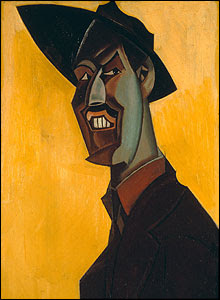