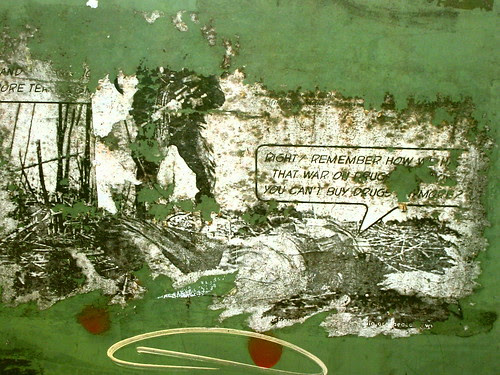 Thomas Pynchon inhabiting Dr. Nicola Tesla (“the thin young scientist with the hypnotic eyes and Wild West mustache”—mustaches play a hugely jocular rôle in Against the Day, there’s report of one the “wearer” of which had to turn sideways in order to pass through a doorway, all likely Pynchon goofing on the story of himself, post-V., lighting out of Mexico City and into the hills in some Pancho Villa get-up, Life photographers in hot pursuit):

“Underground . . . lies an entire unmapped region, a carrying into the Invisible of geography, and—one must ask—why not of other sciences as well? I was out in those mountains one day, the sky began to darken, the clouds to lower, I found a limestone cave, went in, waited. Darker and darker, like the end of the world—but no rain. I couldn’t understand it. I sat and tried not to smoke too quickly the last of my cigarettes. Not until a great burst of lightning came from out of nowhere did heaven open, and the rain begin. I understood that something enormous had been poised to happen, requiring an electrical discharge of a certain size to trigger it. In that moment all this”—he gestured upward into the present storm clouds, which all but obscured the giant toroidal terminal nearly two hundred feet above, whose open trusswork formed a steel cap of fungoid aspect—“was inevitable. As if time had been removed from all equations, the Magnifying Transmitter already existed in that moment, complete, perfected. . . . Everything since, all you have seen in the press, has been theatrical impersonation—the Inventor at Work. To the newspapers I can never speak of that time of simply waiting. I’m expected to be consciously scientific, to exhibit only virtues likely to appeal to rich sponsors—activity, speed, Edisonian sweat, defend one’s claim, seize one’s chance— If I told them how far from conscious the procedure really is, they would all drop me flat.” 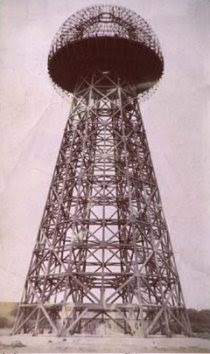 Open trusswork of the novelist at work, surely. The one who, in 1964, in a letter, in a (rare) moment of booming certainty, apparently wrote of four novels-in-progress: “If they come out on paper anything like they are inside my head, then it will be the literary event of the millennium.” Surely akin to Spicer’s Martians, that sense of one’s being a conduit for what’s coming down out of the agar-color’d atmosphere, or growing in the Petri dishes one’s got balanced on one’s Borsalino, er, Stetson. Amusing to see how the various contemporary “poetics” apologists and “players” for whom such lightning rod possession smacks of buncombe resort to systems. “Poetics” as “method” rather than the hustler’s egregious afterthought it mostly is. (See Alice Notley’s percipient toss-off against such prescripts—“I don’t have a poetics. I think that’s bullshit . . . I change my style all the time. I change the forms I use. The whole thing is in flux. I think that poetics is an industry. . .” and some ensuing impenetrables here.) Truth is, mostly one doan’ know what the fuck one’s doing, and unstoppably, and grippedly, and repeatedly so.

Or what to make of Pynchon’s mention of the “cowboy poets” who “along with confidence men, R-girls, and purse-thieves, could be encountered on every train west of Chicago.”

They rode in the parlor cars marveling hour on hour at everything that passed, introducing themselves as “Raoul” or “Sebastian,” chatting up young prairie wives traveling to or from husbands whose names seldom got mentioned. In the velvet-trimmed observation and dining cars everywhere, private and public, rolling and still, these birds smothered appetites and curdled stomachs. Coffee grew ice cold in the cup. Badmen out for mischief flinched, turned, and strode away, sleep crept like an irresistible gas, and those Wild West poets just went raving on.

An infest’d flock of poets? A flinch-worth of poets? A con of poets? A snore of poets? There’s something particularly right here, in the age of chapbook mania and over-publishing. Sorta like Son Seals, mid-solo, growling out “Go ’way, boy, can’t ya see I’m workin . . .’” to some over-eager interloper, dancing with himself no doubt.

Pynchon, with the Belgian nihilists at the Grand Hôtel of the Nouvelle Digue in Ostend, reminders of the Whole Sick Crew, the early story “Entropy” and, again, insistence on leading with “one’s heart”:

Everyone lay around in a sort of focused inertia, drinking, handing cigarettes back and forth, forgetting with whom, or whether, they were supposed to be romantically obsessed. . . . “Like the Russian nihilists,” Denis explained, “we are metaphysicians at heart. There is a danger of becoming too logical. At the end of the day one can only consult one’s heart.”

“Anarcho-individualiste, though you are too much of an imbecile to appreciate this distinction.”

Max Stirner, who wrote, “Man, your head is haunted; you have wheels in your head!” and “All things are nothing to me.” (“Ich hab’ mein Sach’ auf nichts gestellt.”)

Against “camps.” In the hotel, too, a parallel company of mathematicians, including one Root Tubsmith:

“Maniacs,” cried Root, “every one of us! Fifty years ago of course more than today, today the real maniacs have gone into foundations work, set theory, all abstract as possible, like it’s a race to see who can venture out furthest into the borderlands of the nonexistent. Not strictly speaking ‘mania,’ not as we once knew it. The good old days! Grassman was German and hence automatically among the possessed, Hamilton was burdened with early genius and in the grip of a first love he could never get beyond. Drinking a lot, though who am I to talk, didn’t help. Heaviside was once termed ‘the Walt Whitman of English Physics’—”

“Open question. Some have found in Heaviside a level of passion or maybe just energy, beyond the truculence already prevailing among the different camps in those days.”

Protests against that slung-about journalistic formula, inharmonious nomination. “Who’s the Elda Furry of contemporary American poetry?” is what I’d like to know. Pshaw.