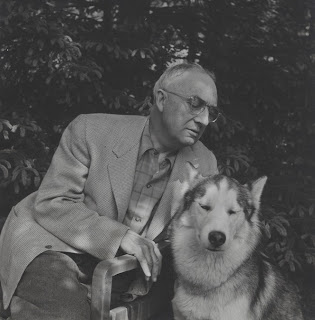 Snow in the offing and no pre-processed offertory in the hopper. The moot galoot at the controls. I think of Williams’s “A Sort of a Song”: “Let the snake wait under / his weed / and the writing / be of words, slow and quick, sharp / to strike, quiet to wait, / sleepless . . .” The allowable polyphonic fugue of the slow repartee, its itch to continue. Williams again (Paterson):

It is dangerous to leave written that which is badly written. A chance word, upon paper, may destroy the world. Watch carefully and erase, while the power is still yours, I say to myself, for all that is put down, once it escapes, may rot its way into a thousand minds, the corn become a black smut, and all libraries, of necessity, be burned to the ground as a consequence.

Only one answer: write carelessly so that nothing that is not green will survive.

Yes, it’s disgusting
when you lose
control, but my
wilderness is love

of a kind, no?
And the purity
of my confusion is
there, it’s poetry

in love with you
along with me,
both of us love you
in the same “My!”

Yes, but don’t be
scared; poetry
is intangible and
there’s no purity

in me
outside of love,
which you can easily wreck
and I can lose.

Clouds pass in
my notorious eye
but you, through
all, I see.

Feral ingenuity. Isn’t it in the late piece “Should We Legalize Abortion?” that O’Hara’s radical sass stages its supreme WTF? moment (and nails it, in all caps)?

So stop thinking about how
badly you’re hurt . . . Stop coddling yourself. You can
do something about all this and I’m here to help
you do it! I’ll start by getting your clothes off . . .

What the . . .
THERE’S NOBODY AT THE CONTROLS!
Forget
we ever met.

Feverish errantry yclepted errancy. The impossibility of a permanent druthers. So, too, Gerard Manley Hopkins, out of a journal entry (24 September 1863), “horning in” at a wild etymology (“the corn become a black smut”):

Horn.
The various lights under which a horn may be looked at have given rise to a vast number of words in language. It may be regarded as a projection, a climax, a badge of strength, power or vigour, a tapering body, a spiral, a wavy object, a bow, a vessel to hold withal or to drink from, a smooth hard material not brittle, stony, metallic or wooden, something sprouting up, something to thrust or push with, a sign of honour or pride, an instrument of music, etc. From the shape, kernel and granum, grain, corn. From the curve of the horn, κορωνις,* corona, crown. From the spiral crinis, meaning ringlets, locks. From its being the highest point comes our crown perhaps, in the sense of the top of the head, and the Greek κέρας, horn, and κάρα, head, were evidently identical; then for its sprouting up and growing, compare keren, cornu, κέρας, horn with grow, cresco, grandis, grass, great, groot. For its curving, curvus is probably from the root horn in one of its forms. κορωνη in Greek and corvus, cornix in Latin and crow (perhaps also raven, which may have been craven originally) in English bear a striking resemblance to cornu, curvus. So also γέρανος, crane, heron, herne. Why these birds should derive their names from horn I cannot presume to say . . .

Hopkins, wildly burgeoning, in a tangle like a foliant rose (“nothing that is not green will survive”). Uncontrollable as a neuroses. The Hopkins who’d write, too (in April of 1864):

It is a happy thing that there is no royal road to poetry. The world should know by this time that no one can reach Parnassus except by flying thither. Yet from time to time more men go up and either perish in its gullies fluttering excelsior flags or else come down again with full folios and blank countenances. Yet the old fallacy keeps its ground. Every age has its false alarms.