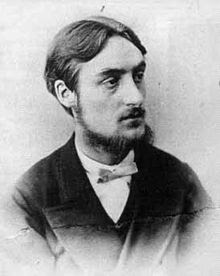 The usual blue hour (of writing) expended shoveling out the five or so inches of new snow. Tuckered out. Or reeling in a kind of pleasant post-exerting idiocy. Out of the thirteenth chapter of John Bulwer’s 1648 Philocophus: or, The Deafe and Dumbe Mans Friend, a chapter whose argument reads “That the motions of the parts of the Mouth in Speech are so remarkable, that some have (not without successe) attempted to imitate them by Mathematicall motions”—a lovely foray—“for curioſity or ſtrangeneſſe ſake”—into man’s endless reverie for a “natural language”:

Svch Sagacious Æmulators and audacious Inquisitours of Nature there hath been, who without naturall vertues, by Mathematicall Magique only, having borrowed the influences of the Heavens, produce workes like to those of Nature, as speaking Bodies, which are not endued with animall vertues; for, Mercurius writeth that the Ægyptians by a most inutterable art, made the Images of their Gods (especially of Mercury) so, that they uttered an articulate voyce. And we have a hint of encouragement to ſuch a Deſigne, from the Grand Augmentor of Sciences. There is found, ſaith he, a ſimilitude, between the ſound that is made by inanimate Bodyes, or by Animate Bodies that have no voyce articulate; and divers Letters of articulate voyces: and commonly men have given ſuch names to thoſe ſounds, as doe allude unto the articulate Letters. As trembling of water hath reſemblance with the Letter L. quenching of hot mettals with the Letter Z, ſnarling of Dogs with the letter R, the noyſe of ſcreetch-owles with the letter ſh. voyce of Cats with the Dipthongue eu. voyce of Cuckoes with the Dipthongue ou; Sounds of ſtrings with the Letters ng. So that if a man (for curioſity or ſtrangeneſſe ſake) would make a Puppet or other dead Body, to pronounce a word; Let him conſider on the one part, the motion of the Inſtruments of the voyce; and on the other part the like ſounds made in inanimate Bodies; and what conformity there is that cauſeth the ſimilitude of ſounds; and by that he may minister light to that effect.

Flick, fillip, flip, fleck, flake.
Flick means to touch or strike lightly as with the end of a whip, a finger etc. To fleck is the next tone above flick, still meaning to touch or strike lightly (and leave a mark of the touch or stroke) but in a broader less slight manner. Hence substantively a fleck is a piece of light, colour, substance etc. looking as though shaped or produced by such touches. Flake is a broad and decided fleck, a thin plate of something, the tone above it. Their connection is more clearly seen in the applications of the words to natural objects than in explanations. It would seem that fillip generally pronounced flip is a variation of flick, which however seem connected with fly, flee, flit, meaning to make fly off. Key to meaning of flick, fleck and flake is that of striking or cutting off the surface of a thing; in flick (as to flick off a fly) something little or light from the surface, while flake is a thin scale of surface. Flayis therefore connected, perhaps flitch. . .

Elsewhere, Thoreau (A Week on the Concord and Merrimack Rivers), in a sweet dither of chiding:

Enough has been said in these days of the charm of fluent writing. We hear it complained of some works of genius, that they have fine thoughts, but are irregular and have no flow. But even the mountain peaks in the horizon are, to the eye of science, parts of one range. We should consider that the flow of thought is more like a tidal wave than a prone river, and is the result of a celestial influence, not of any declivity in its channel. The river flows because it runs down hill, and flows the faster the faster it descends. The reader who expects to float down stream for the whole voyage may well complain of nauseating swells and choppings of the sea when his frail shore-craft gets amidst the billows of the ocean stream, which flows as much to sun and moon as lesser streams to it. But if we would appreciate the flow that is in these books, we must expect to feel it rise from the page like an exhalation, and wash away our critical brains like burr millstones, flowing to higher levels above and behind ourselves. There is many a book which ripples on like a freshet, and flows as glibly as a mill-stream sucking under a causeway; and when their authors are in the full tide of their discourse, Pythagoras and Plato and Jamblichus halt beside them. Their long, stringy, slimy sentences are of that consistency that they naturally flow and run together. They read as if written for military men, for men of business, there is such a despatch in them. Compared with these, the grave thinkers and philosophers seem not to have got their swaddling clothes off; they are slower than a Roman army in its march, the rear camping to-night where the van camped last night . . .