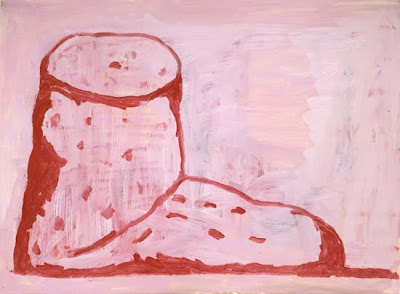 Inexpungeable February slough. A grand salient poking up out of the weekend’s insufficient slubber of reading: “Operating within the Irreducible: An Interview with Clark Coolidge” in the new Poetry Project Newsletter (No. 234). News therein that Coolidge’s monstrous and legendary longprose cacophony of the ’seventies (“composed from 1973 to 1978, with the last section to cap it off finished in 1981. . . . one of those things where I programmed it so that I could write forever . . . a structure where I could just keep adding sections and accumulating material”) is shortly to be released by Fence Books under the title, A Book Beginning What and Ending Away. Coolidge talks with John Melillo. Coolidge:

I like to operate within the irreducible. This is a word from Beckett. I like his desire to write something that is irreducible, that couldn’t exist in any other form but the one he made on a page. A lot of my early work was trying to revive the energy in the language by going back and taking it apart. I was sometimes misapprehended as trying to destroy the language. John Cage broke it down into individual letters later. That seemed not to be language at all anymore. It made sense because he was coming from a sound point of view. He could make a sound work out of it, and that was fine. But I was more interested in the language. I didn’t think I could go beyond the syllable. I wanted to take it apart, look at it, try to revive it for myself and then try to build it back up. The longprose was an attempt to do this using sentence structure.
This was also influenced by Guston. When we first met and he did the cover for Ing, I was doing just syllables, and he was beginning to draw little pictures, images of cars and feet and things. Then we were doing something similar for a while. I was becoming more declarative and he was bringing in more images while retaining the abstract, formal nature of the work. That’s what’s so fascinating about his later work: both of these things are going at the same time. I thought: Why can’t I use all of the language? Not limit myself. I never liked that historical imperative stuff, the kind of thing you’d get from Clement Greenberg. That art breaks down into only what it can do. You keep losing possibilities. I didn’t want to end up as some kind of Morris Louis, where there’s finally not much to look at. There’s a lot more than that to do.

. . . after a while I stopped thinking—if I ever really did—that there was always something more modern or avant-garde to be done. Or if there was, I shouldn’t be limited to looking for it.
Once you’ve done a certain amount, the work determines what you’re going to do. You know, I wanted to be free. Freedom is something Guston and I talked about a lot. When he had that Marlborough Gallery show in 1970 and so many condemned his work he said that the only person who came up to him and hugged him was Willem de Kooning. And de Kooning said, “It’s about freedom, isn’t it, Philip?” We always agreed that it’s about freedom. Do what you’re able to do. Whatever you’re able to do. Screw the people who are theorizing or analyzing. That’s not your business.

Putting to rout the incessant anxiety of the “make it new” cogitants. I recall Coolidge’s quoting of some splendid lines out of a Bernadette Mayer (out of the interview: “Bernadette and I felt kind of embattled even within the poetic scene to a certain extent in terms of length of readings and the extent of the work. Both of us were writing what would be more formally called poems at the same time but it was the longer work that we were really pushing. We were trying to make ourselves go beyond our abilities . . .”) letter in Now It’s Jazz: Writings on Kerouac & The Sounds:

What I seem to have to do is to have someone to address in order to begin, then lose that, mix it up, get mixed up myself, let the language take over, work out some structures within that, see an ending, bypass it and then see how much longer I can last, having more or less abandoned the addressee, then collapse at some false ending, casting the work aside with the unspoken hope that I may have made some discovery.

“But the point is that one must be in the
position to know how to enjoy it and
therefore . . .”, Oppenheimer disappearing
around a doorframe. The man is
busy who depends. Belt drier driven long
till slipped a cog. Answer:
The vacuum between moving ones. 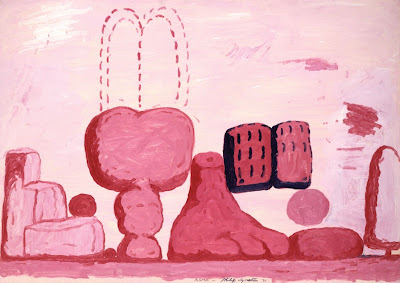 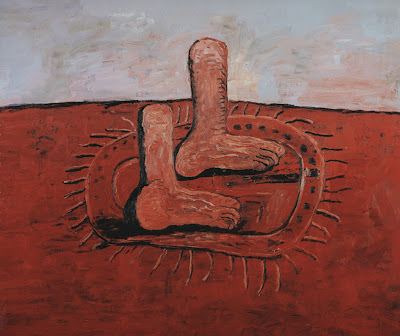