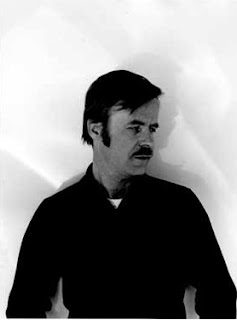 The incipient doddering-stage continues, with its minimal contiguity, its foetid airs, its rote human protuberance mistook for a salient, ah! A late common idiocy to level with, a way of paring down what’s been scaled back, reduction (in some quarters) averred a sign of (gulp) wisdom. Or why not point to the snow’s aimless and continual sifting down out of the sky and say its maleficent presence lingers in the way it makes every detail succumb to its own “big, cold, dramatic gesture”—“like a purple ‘Okay to Eat’ on a rump of beef” (James Schuyler)? Why not that? You needn’t be rigorous and personal about it. You can look forward to assembling a little anthology of whatever’s sprung loose by the March floods, a mash-up of yellowed monocotyledonous debris (“snow-tamp’d grasses”) and green sprigs of skunk cabbage or ailanthus (anything but “the usual fescue”). Rescue in the offing. See William Carlos Williams 25 July 1945 letter to Norman MacLeod:

. . . all I can do (growing old) is to compose. It is the only recourse, the only intellectual recourse for an artist, to make, to make, to make and to go on making—never to reply in kind to their strictures. It is his doing, I mean, his only doing to compose: in a sort of night, in a sort of dumb philosophic stupor—except to himself where, within, there burns a fiery light, too fiery for logical statement . . .

Thus the tussle—“through the changes of the night”—with doubt with all its renegade fevers, its orders to stop.

Out of Ronald Johnson’s marvelous autobiographical (“I was born bawling with red hair, November 25, 1935, smack dab in the dustbowl: Sun, Moon, and Jupiter in Sagittarius, and Aries rising. All direction and fire . . .”) ledger “Up Till Now”:

The Ramparts [in ARK] are arches illuminating, through the changes of the night, all that went before. I found my inspiration upon finally visiting Simon Rodia’s Watts Towers. I spent quite a few visits in L.A. trying to convince someone to take me there, but every one put their hands up in horror of visiting Watts—the scene of the famous riots. But I finally found a couple of friends who didn’t mind. I knew from photographs the major towers and some of the mosaic work, but I was not prepared for the majesty of the actual. I had several hours to simply look, look, look. The walls surrounding the spires were a bricolage of broken tiles, colored glass and mirror, broken crockery set in a mosaic arch after arch, an intricate trash in patterns like a Persian carpet . . .
My arches were formed the same way: bits and pieces of life, words and phrases picked up along the way. They are printed as they came, night after night. The first lines present a theme and I try to keep up the tempi and meaning. Some of these take a text for inspiration, like Van Gogh’s letters, or Thoreau’s notebooks, for the possibility of finding another range of vocabulary and experience. One begins with a waking dream: “Riddle iota sublime,” which later swept up most of America the Beautiful . . .*

riddle iota sublime,
and know no more
than when cast forth garden

a city built caught straws
if clay hold up,
millefleur to the shore

unto last sheaf reaped
cairn for the dead,
spread many-colored a carpet

bareass us barreling nowhere, now
inevitably believable
yet having whale of a time . . .


* Johnson’s report of that particular “waking dream” out of “Hurrah for Euphony”:

I wake every morning either with a song in my head, or a phrase. These I hum and ponder until they seem worked (or played) out. One morning it was “riddle iota sublime.” Obviously meant as a direction for my next Spire, and I puzzled it out (one Anglo-Saxon word, one Greek, one Latin) an edict for either scientist or poet: render radiant sense from smallest thing. When you are thrown a line like that you’ve got to live up to it. So I added the lines “and know no more / than when cast forth garden.” The rest came, night by night, via “America the Beautiful,” to the end of bells from the Sunken Cathedral “set in great hymnal font.”