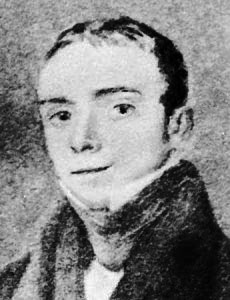 Robert Duncan points it out, twice, in The H. D. Book—Pound’s rappel à l’ordre concerning “the defects inherent in a record of struggle”:

Knowledge is NOT culture. The domain of culture begins when one HAS “forgotten-what-book”.
Boccherini Op. 8 N.5 (as played by the New Hungarian Four) is an example of culture. Bartok’s Fifth Quartet under same conditions (March 5th, 1937, Rapallo) is the record of a personal struggle, possible only to a man born in the 1880s.
It has the defects or disadvantages of my Cantos. It has the defects and disadvantages of Beethoven’s music, or of as much of Beethoven’s music as I can remember. Or perhaps I shd. qualify that: the defects inherent in a record of struggle.

(In a 1956 review of Rock-Drill Hugh Kenner quotes Pound’s “We think because we do not know”—commenting, “all is paraphernalia that does not at length float easily in the mind; the mind at length having en-compassed without strain what is necessary may dream of coming to ‘that High City’”—and points, too, to Pound’s reminder in Cando XCI “that the sea-nymph made Odysseus cast off the garments Calypso had given him: ‘get rid of paraphernalia.’”) Recalling Williams’s note in Paterson: “Knowledge, the contaminant.” Isn’t it music itself that—in the absence of knowledge, informs errant energies? Duncan talks of uncovering—in the vanities and vagaries of mere “taste”—“intimations of the formal demand the spirit would make to shape all matter to its energies, to tune the world about it to the mode of an imagined music.” And points Pound’s reading of Cavalcanti: “The conception of the body as perfected instrument of an increasing intelligence pervades.” And to H.D.’s Trilogy lines (out of Tribute to the Angels XXII):

O, what I meant
by music when I said music, was—

music sets up ladders,
it makes us invisible,

it sets us apart,
it lets us escape;

but from the visible
there is no escape;

there is no escape from the spear
that pierces the heart.

So, sliding along within the grease of fatigue, my own consensus is tumbled, bereft of sense, a con and a conjunct, padded out—“defects inherent in a record of struggle.” One of Thomas Lovell Beddoes leavings, a fragment—out of the Alan Halsey-edited The Ivory Gate: Later Poems & Fragments (Reality Street / ReScript, 2011)—reads simply: “For ever wandering, yet ne’er astray—” (certainty found in the compulsory dérive, its corporeal music). On that “single leaf of MS” is writ, too (square brackets cornering text “traced in ink over pencilling by a different hand”):

I am bewildered—utterly astray
Within the doubt-brakes of obscurest Thought,
Whereunto at the last I have been brought
Thro’ all diversity of time & way
Not blindfold, unaware [& in dismay
Up from my used haunts suddenly caught
By some strange Doubt, pledgling of Chance & —]