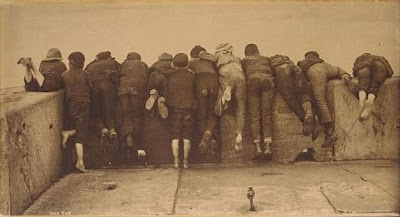 Sleeplessness and its hotch-potch of reveries thwarted, bottled up by the foul dirge of unwonted vigilance. Then morning’s uncanny blue, sentinel blue. (Downed the remaining Patagoni in my insomniac stupor.) Jonathan Williams quoting Harry Callahan (1912-1999): “Remember, you push the shutter, don’t let the shutter push you.” I’d rather dawdle without consequence, propelled by my own indifference to saying’s own sweet truth-posturing. Williams, too, quotes Goethe in order to admit: “I continually quote, because Goethe knew what he was talking about when he said: ‘The Truth was known already, long ago.’”

Is it the usual poetic carouse of April that suddenly makes mopery and dissent something of an edict? Melville, in the Journal of a Voyage from New York to London 1849-50, calls Redburn “a thing, which I, the author, know to be trash, & wrote it to buy some tobacco with.” Who isn’t guilty of that kind of thing? (Though the Melvillean Raymond Weaver insists Melville only “petulantly pretended to despise” the book: “the pronouncement is unamiable in its falsity.”)

Ah, fatigue, it makes everything look like a “what for?” monkeyshine. Photographer Ralph Steiner (1899-1986): “No person writing on photography has ever said anything that helped me do better on Thursday what I’d done less well on Wednesday.” (Out of the provender of Jonathan Williams again.) I doubt any writing about poetry’s ever buttered up the odd making-better push either. And for what? Words shove us where we go, vigilant or not. Out of Melville’s Journal Up the Straits, October 11, 1856-May 5, 1857:

The dogs, roam about in bands like prairie wolves. No masters. No Turk seems to have a dog. None domesticated. Nomadic. Against religion to kill them. Scavengers of the city. Terrible outcries at times. At night. Fighting of the dogs. Strange to come up on pack of them in some lonely lane. Mostly yellow, with long sharp noses. Some much scarred, others mangy. See them lying amidst refuse, hardly tell them from it.—same color. See them over a dead horse on the beach.—Wandering about came across Black Hole in the street. Did not enter far.

Melville near the Seraglio in Constantinople. (Williams, quoting Melville: “Be in the world—but not of it.”) Williams, quoting Whitby photographer Frank Meadow Sutcliffe (1853-1941): “If you wish for pictures to please yourself and three or four of your friends, you will take no notice of the weather, nor the wise people, but will stroll around, seeking your prey in fine weather and foul.” And (see “carouse of April”): “There are other dangers besides pig meat to be met with at the seaside.” Let’s look at pictures. 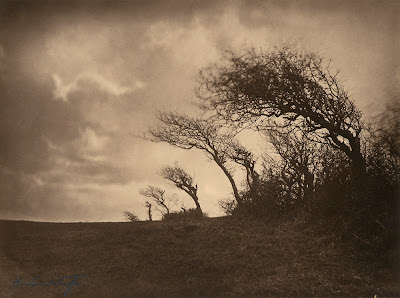 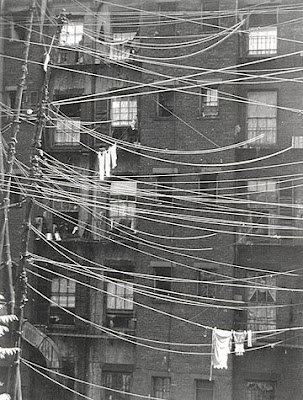 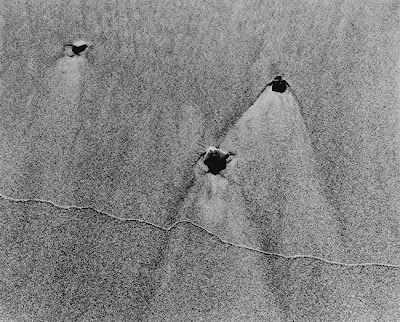