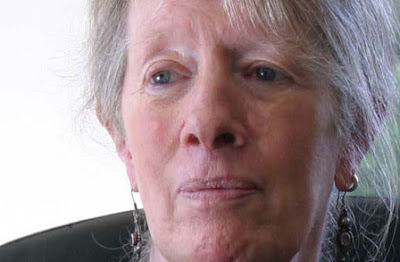 Morality and style.—A writer will find that the more precisely, conscientiously, appropriately he expresses himself, the more obscure the literary result is thought, whereas a loose and irresponsible formulation is at once rewarded with certain understanding. It avails nothing ascetically to avoid all technical expressions, all allusions to spheres of culture that no longer exist. Rigour and purity in assembling words, however simple the result, create a vacuum. Shoddiness that drifts with the flow of familiar speech is taken as a sign of relevance and contact: people know what they want because they know what other people want. Regard for the object, rather than for communication, is suspect in any expression: anything specific, not taken from pre-existent patterns, appears inconsiderate, a symptom of eccentricity, almost of confusion. The logic of the day, which makes so much of its clarity, has naively adopted this perverted notion of everyday speech. Vague expression permits the hearer to imagine whatever suits him and what he already thinks in any case. Rigorous formulation demands unequivocal comprehension, conceptual effort, to which people are deliberately disencouraged, and imposes on them in advance of any content a suspension of all received opinions, and thus an isolation, that they violently resist . . .

(I think, without formulating it fully: “Adorno’s is a sort of Harlem stride piano style prose, its underlying percussive pulse regulating sentence pattern and length, its essential repetitions delivered with ‘right hand’ slide-offs and flourishes, fills and trills . . .”) Avoidance of the unequivocal particular—that “eccentricity”—through ordinary crowd-swelled vagueness, the everyday routines of speech. The centrality of the holy individual “purity.” I think of Nathaniel Hawthorne at Brook Farm, writing (18 October 1841) a letter to fiancée Sophia Peabody, with a warning against mesmerism, its intrusory way of populating a :

. . . belovedest, my spirit is moved to talk with thee to-day about these magnetic miracles, and to beseech thee to take no part in them. I am unwilling that a power should be exercised on thee, of which we know neither the origin nor the consequence, and the phenomena of which seem rather calculated to bewilder us, than to teach us any truths about the present or future state of being. If I possessed such a power over thee, I should not dare to exercise it; nor can I consent to its being exercised by another. Supposing that this power arises from the transfusion of one spirit into another, it seems to me that the sacredness of an individual is violated by it; there would be an intrusion into thy holy of holies . . .

(Admittedly, Hawthorne’s concern that some other “power . . . be exercised on” Peabody is likely the result of misplaced husbandly prerogative . . .) There remains a kind of perceived peril in the way the febrile “crowd” exerts its amnesia, imposes its demon familiar. I think, too, of my randomings in Lyn Hejinian’s “night book” The Book of a Thousand Eyes (Omnidawn, 2012) and how it seems to be “about” both what’s common (crowd-encumbered) and solitary (sleep), and how one must needs constantly negotiate the social hypnotic, its easy diminishment, its replenishing ease. Here’s a piece selected rather abruptly, akin (I make it) to Adorno and Hawthorne:

Temptations thronging through my hours are strong
and they launch a normal vocabulary
up and down and all around
“galloping, galloping, galloping, galloping”
Disappointed, exhausted, and thrilled
as Gérard Depardieu playing Cyrano de Bergerac before falling asleep
to perceptual folding and disbelief in the sufficiency
of that—that life is—an utmost
with nothing to perceive
I put on speed, night following
like a flapping black wing
swooping me every minute over the sun and every minute making a day
I see
Buildings rise and disappear like a puff of mist
as huge trees grow
up, delicate and fair, and fall away like dreams
of a bee sliding down the air
at the speed of an exceptionally languid snail
through which it tumbles into contexts—episodes—
as if everything were somehow more
than itself with the sun glaring off
the white stucco wall
as if praise were hard to give
In cities
as full of people as history smart and telling
my quibble has been so chic of late that any repetition of it will seem
insincere
the first time and forever incomplete
as a holiday
but when I repeat
it the others get a look on their face
to indicate that these are a layperson’s recastings of poorly communicated facts
involuted by the pressure of thought and worldview
that’s not readily comprehensible
and easy to blame
taking its wild elaborations back into the dark

Part voyage (with one’s “quibble”) out into the teeming agora of exchange, and subsequent individual withdrawal (“into the dark”). Part solitary reverie-particulars (“bee sliding down the air”) structured—they, too—into “episodes” (Adorno: “anything specific, not taken from pre-existent patterns, appears inconsiderate”)—isn’t it in Wim Wender’s 1976 Im Lauf der Zeit someone talks of the subconscious itself’s being “colonized”? Part recognition of how even one’s own temptings may be socially mediated (“they launch a normal vocabulary”—Adorno’s “a loose and irresponsible formulation is at once rewarded with certain understanding”), and a slight mockery of such quotidian transfusions (the cowed routine of “galloping, galloping”). Is it in the syntactical egregiousness of the lines “falling asleep / to perceptual folding and disbelief in the sufficiency / of that—that life is—an utmost / with nothing to perceive” that one sees the dilemma in its “utmost” purity? Night scenes and percepts inevitably countered (regulated) by the diurnal urge—“that life”—with its formulations ready-provided (“nothing to perceive”). Can I read the stuttery line “of that—that life is—an utmost” as Hejinian’s tiny attempt to enact the vacuum that opens up at the impossible prospect of a percept wholly un-languaged (meaning socially void)? Bah. (“Others get a look on their face . . .”)