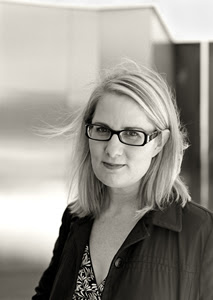 I think Poetry should surprise by a fine excess and not by Singularity; it should strike the Reader as a wording of his own highest thoughts, and appear almost a Remembrance. Second, its touches of Beauty should never be half way, thereby making the reader breathless instead of content. The rise, the progress, the setting of imagery should like the Sun come natural to him, shine over him and set soberly, although in magnificence, leaving him in the Luxury of twilight. But it is easier to think what Poetry should be than to write it, and this leads me on to another axiom. That if Poetry comes not as naturally as the Leaves to a tree it had better not come at all.

I have decided to give up on memory It is too exhausting
and you cannot keep up with it. Besides, people hate
complexity. Memory is complicated. Honoring “reality”
is also complex. People hate it. They prefer “ideology.”
It is the poet’s job to show the “active” reader that
he or she is a dupe of ideology, this lesson is supposed
to feel good, like it feels to get out of prison,
even if you’ve been in a long time and have no idea
how to rent an apartment or get a job. All these things
are necessities and as such are not supposed to be
fulfilling. But they can be, if you have the right attitude
about the present. Like I do. Did you notice that in
my illustration of how poets who write new sentences
self-quote my own self-quote was a misquote?
The present, no longer resistance, became enthusiasm.
Apparently it is easy to change the habit of relying
on maudlin, complicated memory and compulsive quoting
when writing. It is a question of syntax and grammar.
The body’s problems are not so easily remedied.

Samuel Johnson, out of The Dictionary of the English Language (1755):

A vain belief of private revelation; a vain confidence of divine favour or communication.

Enthusiasm is founded neither on reason nor divine revelation, but rises from the conceits of a warmed or overweening brain.

Memory should not be called knowledge. Many have original Minds who do not think it; they are led away by Custom. Now it appears to me that almost any Man may like the Spider spin from his own inwards his own airy Citadel. The points of leaves and twigs on which the Spider begins her work are few and she fills the Air with a beautiful circuiting.

Like many people, Marx’s critique of capital was my first structuralist revelation, the first time I thought, oh my, structure, it’s controlling everything! But of course nuance is key here. You know how gloomy you get when you first realize you are determined? Whether you feel determined by patriarchy or capitalism or whatever, a gloom overtakes you. You ask: how will I live, what can I do?! Sometimes it seems that what then goes wrong is that you start to feel at war, even in peacetime. You get this kind of extreme, martyr, war-like response to it, even if you are privileged, educated, writing poetry, etc. It can be a self-indulgent trap. You start failing to experience what you’re experiencing because you’re seeing everything through an ideology that’s supposedly critiquing ideology, so it’s just a trap, a maze.
I feel, again as an artist, to embrace one ideology and just use it as a kind of crib sheet on how to respond to situations is a disaster. I mean, we know it’s a disaster, because state-controlled art is horrible. It loses individuality, which is the only thing that we’ve gained in all these years of so-called “progress.” The free life of the mind, the true individual, is always at risk, so to just throw it out the window because you’ve figured out that some things are determined seems to me a mistake. I still believe that the individual can be self-determined at some level within the structures. At the same time, when it comes to language, all this goes out the window . . .

I have ever been too sensible of the labyrinthian path to eminence in Art (judging from Poetry) ever to think I understood the emphasis of Painting, the innumerable compositions and decompositions which take place between the intellect and its thousand materials before it arrives at that trembling delicate and snail-horn perception of Beauty. I know not your many havens of intenseness, nor ever can know them, but for this I hope nought you atchieve is lost upon me: for when a Schoolboy the abstract Idea I had of an heroic painting was what I cannot describe. I saw it somewhat sideways, large, prominent, round and colour’d with magnificence . . .

Moxley, the end of Evacuations:

I’ve been tricked
by the past, making it out to be a really great time
with good values. You would think that for artists
who think about “structure,” and mock artists
who think about “feeling,” the word “conform,”
from the French meaning “together” and “form”
would be a positive word. But it isn’t. It means
being like other things, which is always interpreted
as not having your own mind, even by people
who are against the idea of having your own mind
because it is self-indulgent. It is a Romantic construct
that is completely beholden to the free market
and therefore exploits working people who are too busy
making ends meet in the present to think about
Perrier, filet mignon, poetry, patterns, and so on.
In fact, if I were an industrial worker
and not a poet and I read this “experiment” I would
think to myself, that poet has too much money,
she has lost touch with working people who
don’t care about poetry. It is a vicious cycle.
Bladders and feet, however, are everyone’s concern,
culture, education, and class aside. In the present
they press on and pain us. They make me think:
this has got to stop.

My intellect must be in a degenerating state; it must be, for when I should be writing about god knows what I am troubling you with Moods of my own Mind, or rather body, for Mind there is none. I am in that temper that if I were under Water I would scarcely kick to come to the top. I know very well ’tis all nonsense.