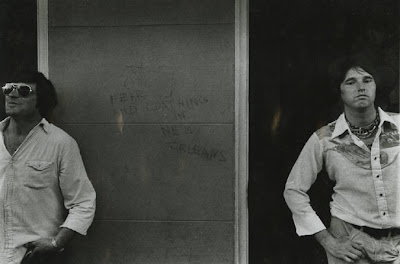 Sunny, with a persistent breeze. Out to saw up hibernal detritus, brush and deadfall, empty out barrels of rainwater, put air in tires, oil up the bicycle. Puttering in the sun with easy restraint. Fussed away the morning doing arithmetical labors for a government I do not trust. Read a little of Metcalf’s Apalache. Unfathomable the extent of the pre-European “open Countrey,” its “Great haboundaunce,” Metcalf mustering a prodigious untamed tangle of quotes, stitching a motley out of heterogeneous sources:

wild Vines runne naturally / The ground doth naturally bring foorth vines / the wild vines cover all the hills along the rivers / I have seen whole pieces of land where vine stood by vine / and diverse grape vines which though growing without Culture in the very throng of weedes and bushes were yett filled with bunches of grapes to admiracon / Vines in many parts on the Sea Shore, bearing multitude of Grapes, where one would wonder they should get Nourishment / in suche abundance, as where soever a man treads they are ready to embrace his foote / Those Grapes, I say, lying over bushes and brambles / to behold the goodly vines burthening every neighbor bush, and climbing the toppes of highest trees, and those full of clusters of the grapes in their kind, however dreeped and shadowed soever from the sun / Grapes so prodigiously large / Vines, in bigness of a man’s thigh / having the trunke three and foure foote high and as bigge as ones fist in the lower part, the Grapes faire and great / of such greatnes, yet wild / grapes exceedinge good and sweett of to Sorts both red butt the on of them ys a marvellous deepe red / swollen grapes / grape neere as great as a Cherry . . . they bee fatte, and the iuse thicke / black Bunch-Grapes which yield a Crimson juice . . . well knit in the Clusters

Or mimicking it with tongued wild orthography (untameable vocables):

Language that impels a full-throated voicing (a few pages hence, where Metcalf talks of “the gravitic creep of scree // uplift /and / deposition”—one suspects he’s talking of such torn lingual riprap . . .) 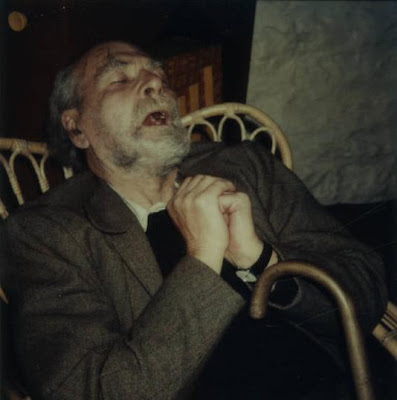 Reading, too, Jonathan Williams’s Thomas Meyer-selected-and-edited volume of essays, The Magpie’s Bagpipe (1982). Williams the magpie (one of a tidings of magpies, including Metcalf), indefatigably collecting . . .) How’d I miss Basil Bunting’s (in Williams’s words) “wry five-word autobiography”—“Minor poet, not conspicuously dishonest”? That puts the clout to a whole dissimulation of littler pretenders. Williams: “Bunting abhors ‘criticism’ of poetry, and so do I. no? Out of curiosity I’ve looked up critic in the recent . . . OED . . . I like Thomas Dekker’s warning in Newes from Hell: ‘Take heed of criticks: they bite, like fish, at anything, especially at bookes.’” (Noted, too, Bunting’s reply to Williams’s query Does the intellect have much to do with writing a poem?: “What the hell is the intellect?”) Or there’s the ever-irrepressible Edward Dahlberg saying (in 1953, with the Language boys still in short pants): “A poem or a book that does not make the reader toil for his fate deprives him of energy, which is his most tragical and valiant weapon against the cosmos, and without which man is neither epic nor universal. A book that weakens human will is inartistic, for all writing is heroic feigning, imagining that though everything perish, a book will be perdurable. Knowing that death is always brushing our backs, we write to forget death.” Or Williams talking about the photographer Father Orcenith Lyle Bongé, and revving up into a fine bastard etymology:

Bodacious, surely, is the first adjective that springs to mind when I think of Lyle Bongé. If I were to pursue bodacious to its roots in the manner of Robert Graves instead of H. L. Mencken, I might let my ear hover on the sound of Boadicea, the queen of the Iceni, the Celtic tribe in eastern Britain in the first century A.D. We have Dio Cassius’s portrait of Boudicca (Boadicea in the Latin): “She was huge of frame, terrifying of aspect, and with a harsh voice. A great mass of bright red hair fell to her knees: she wore a great twisted golden torc, and a tunic of many colors, over which was a thick mantle, fastened by a brooch. Now she grasped a spear, to strike fear into all who watched her.”

(Bongé is, memorably, the origin of the aesthetic quip: “If you can kill a snake with it, it ain’t art!” A report in the Black Mountain College newspaper reports: “He has red hair and sports a ‘French’ mustache. He is noted for wearing a monocle on his left eye. This adds to his distinction greatly. Lyle possesses some strange but amusing hobbies. He collects skulls (from old graveyards) and animal skulls in the woods. To prove his statement that he loves ‘danger as a stimulant,’ he once lived in New York on $1.50 and a bottle of stimulant. He ate only one meal a day and that was with friends. Another hobby is sailing alone in a storm in his boat. Others include travelling, writing prose and poetry and he loves all modern art forms.”)